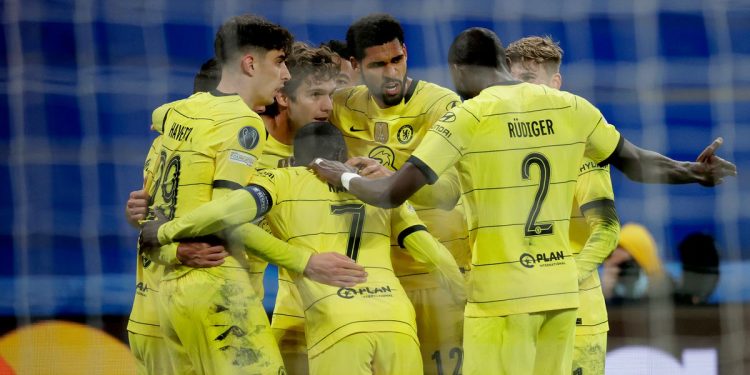 After a tentative opening that had Real Madrid looking all too comfortable, Chelsea ratcheted up the pressure and the intensity to take control of proceedings.

And while Real seemed more than happy to sit back with ten men behind the ball, Chelsea proved capable of breaking them down, with Mason Mount rattling the back of the net on the quarter-hour mark.

Chelsea pretty much dominated the first-half from then on, but were not quite able to fashion another high quality opening, often seemingly not quite pressing the issue as much as we perhaps should have.

The second half began the way the first ended, and it didn’t take long to find a second goal on the night, Rüdiger powering in a header from a corner (which probably wasn’t a corner).

And it was still all Chelsea as we looked for a third. The first time we found it, it got ruled out by VAR for the ball (supposedly) grazing Marcos Alonso’s hand. But there was no doubt about Timo Werner’s goal, to make it 3-0 on the night and 4-3 on aggregate.

But there were still 15 minutes to go and unfortunately our lead lasted just a few minutes as Real Madrid finally woke up and grabbed an equalizer on aggregate by way of a ridiculous Modrić pass and an easy Rodrygo finish — though not before Thibaut Courtois made a great save on a Kai Havertz header to prevent his side going down 4-0.

Chelsea were able to collect ourselves after that brief shaky period, and probably should’ve won it before the end of regulation, with Christian Pulisic coming close twice in added-on time.

And those misses came back to haunt us, with Karim Benzema finding the back of the net in extra-time after a miscommunication and a slip at the back. Chelsea had a few chances to get back one more time, especially from set pieces, but there would be no fairy tale ending. Not quite clinical enough in the end.