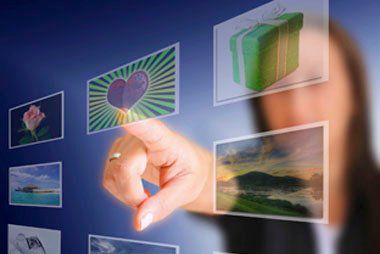 Recourse vs. Non-Recourse Loans: An Overview

A recourse loan allows a lender to pursue additional assets of a borrower who defaults if the balance of the debt surpasses the value of the collateral. A non-recourse loan permits the lender to seize only the collateral specified in the loan agreement, even if its value does not cover the entire debt.

Either type of loan may be collateralized. That is, the loan agreement will specify that the lender can seize and sell certain property or properties of the borrower to recoup its money in cases of default.

However, a recourse debt gives the lender the recourse to pursue additional assets of the borrower beyond the value of the collateral if it is necessary to recoup its losses on the loan.

If the borrower fails to live up to their obligation and default on the payment schedule, the lender will first seize and sell the collateral specified in the loan.

If that is not of sufficient value to repay the loan amount, the lender can go after the borrower’s other assets or sue to have the borrower’s wages garnished.

From the lender’s point of view, a recourse loan reduces the potential risk associated with less creditworthy borrowers.

Because lenders can reduce the risk associated with these loans, they can charge a lower interest rate. This makes them more attractive to borrowers. It may be the only kind of loan available to a borrower with a poor credit history.

Because lenders can mitigate risk with recourse loans, they can charge lower interest rates.

These loans are most common when banks and other financial institutions begin to tighten up their lending practices. When the economy is going through rocky times, the credit markets get more conservative, and lenders raise their standards.

Most automobile loans are recourse loans. If the borrower defaults, the lender can repossess the car and sell it at full market value. This amount may be less than the amount owed on the loan because vehicles depreciate significantly in their first couple of years. If there’s a balance left on the loan, the lender can go after the borrower’s other assets to recoup the remainder of the debt.

It is important to note that lenders don’t always pursue assets beyond the collateral in cases of default, especially by individuals. Seizing assets is a time-consuming and expensive process, and a lender may write off a loss rather than continue to pursue it.

Many banks do not even offer non-recourse loans. It leaves them vulnerable to losses if their customers default on their loans and their collateral proves insufficient.

That is, if there’s a balance due after selling the asset collateralized with the loan, the lender has to take the loss. It has no claim on the borrower’s other funds, possessions, or income.

While potential borrowers may find it attractive to hold out for non-recourse loans, they normally come with higher interest rates and are reserved for individuals and businesses who have stellar credit histories.

Failure to pay off a non-recourse debt still has its penalties, including loss of the collateral and damage to the borrower’s credit score.

Example of a Non-Recourse Loan

However, an individual or business with a stellar credit history might be able to persuade a lender to agree to a non-recourse loan. It will come with a higher interest rate. It may also come with tougher terms, such as a larger down payment on a home or a car.

Why Australia must ignore the fear mongering of manufacturing lobbyists

The verdict is in: watch the new PS5’s heatsink put to the test

Drivers’ appetite for electric and hybrid cars soar during the pandemic

Derek Carr lauds Ben Roethlisberger before Raiders-Steelers: ‘One of the best quarterbacks in our game, still’