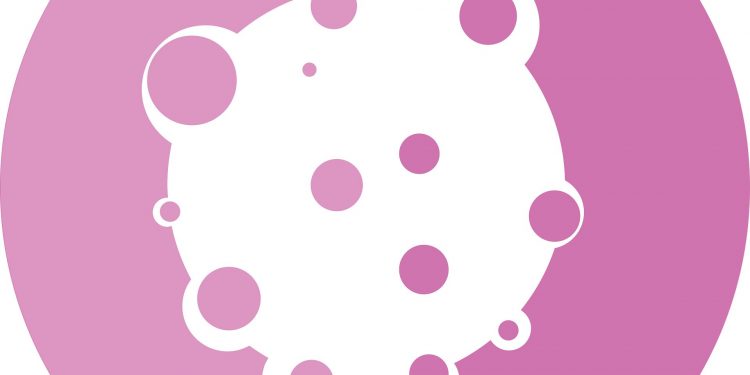 
More than 10 percent of cases of recurrent ductal carcinoma in situ (DCIS) of the breast were “de novo” tumors that occurred independently of the primary lesion and had distinct genetic alterations, according to data presented during the AACR Annual Meeting 2022, held April 8-13.

“DCIS is a precancerous lesion that recurs in approximately 25 percent of patients, and half of these recurrences are invasive cancer with potential life-threatening consequences,” said presenter Tanjina Kader, Ph.D., a postdoctoral researcher at the Peter MacCallum Cancer Centre in Melbourne, Australia.

According to Kader, it is assumed that all recurrences are related to the primary DCIS. Consequently, a genetic biomarker to predict which patients are most likely to experience a recurrence is expected to help de-escalate treatment for those who are not. However, it has never been proven that all secondary tumors occurring in the same breast (ipsilateral) are directly related to the original tumor. “Knowing how common new primary tumors are will help us determine whether or not a tumor biomarker can be used to predict the chance of an ipsilateral breast tumor, because such a biomarker might not be effective in predicting new, unrelated tumors.”

In this study, Kader and colleagues assembled 65 pairs of matched primary DCIS and recurrence cases to explore their genetic changes, with the goal of understanding how often a recurrence is a new tumor, as this information might affect patient care. The study also included a set of 29 nonrecurrent DCIS cases treated with wide local excision.

The researchers performed DNA sequencing on each pair to obtain information on mutations and changes in gene copy number. They then used multiple statistical approaches to analyze the sequencing data and perform phylogenetic analyses of the tumor samples. This type of analysis allowed them to establish whether the primary DCIS and the recurrent tumors shared cancer-driving genetic events and were therefore derived from a common ancestor cell.

“This is similar to building a family tree of the tumors based on the genetic events,” said Kader. “We can estimate how distantly related the primary DCIS and recurrence pairs are to each other and to a potential original ancestor cell and we can track how the tumor pairs have evolved over time.”

The results revealed that while the majority of recurrent cases were clonal (derived from a common ancestor cell and sharing the same genetic events of the original tumor), 12 percent of recurrent tumors were new primary lesions that developed de novo, unrelated to the original DCIS.

“These findings can influence how patients are managed in the clinic,” commented Kader. “For example, the occurrence of a new primary lesion in the same patient suggests a high-risk breast environment in which new tumors may develop over the years. Therefore, such patients would be candidates for preventative breast removal surgery even if the tumor is small, and they might be referred to genetic testing to ascertain whether they have any genetic predisposition.”

The researchers also found that specific variations in the TP53 gene were detected frequently in the recurrences related to the primary lesion, but these gene variations were not common in primary DCIS cases that don’t recur and those that had non-clonal (independent) recurrence.

“Data from the 12 percent of patients in our cohort who developed new, independent primary tumors raised the question of whether using these genetic biomarkers for prediction of recurrence is a good idea,” said Kader. “The fact that these patients did not have one of the genetic events that are more common in recurring DCIS would suggest that their risk was low, leading to undertreatment.”

Overall, Kader noted, the findings from this study suggest that when patients have an apparent recurrence from DCIS, the treatment decision should involve determining whether the recurrent lesion is related to the original tumor, as women who develop a second independent DCIS or cancer are more likely to have a higher risk of developing tumors again.

“Further research is needed to understand the biology of DCIS recurrence, the progression from DCIS to invasive disease, and the role played by the tumor microenvironment and the immune system,” Kader added.

According to the authors, the limitations of their study included that the phylogenetic analysis was based only on chromosomal changes, which represent the main genetic changes observed in breast cancer, and a full phylogenetic analysis based on all the tumor-specific mutations could not be performed, due to the lack of baseline genetic information from normal cells. However, the authors were able to detect the most relevant breast cancer driver mutations, such as those in the TP53 or PIK3CA genes.

Citation:
Recurrent non-invasive breast tumors may not always be related to the primary lesion (2022, April 10)
retrieved 11 April 2022
from https://medicalxpress.com/news/2022-04-recurrent-non-invasive-breast-tumors-primary.html