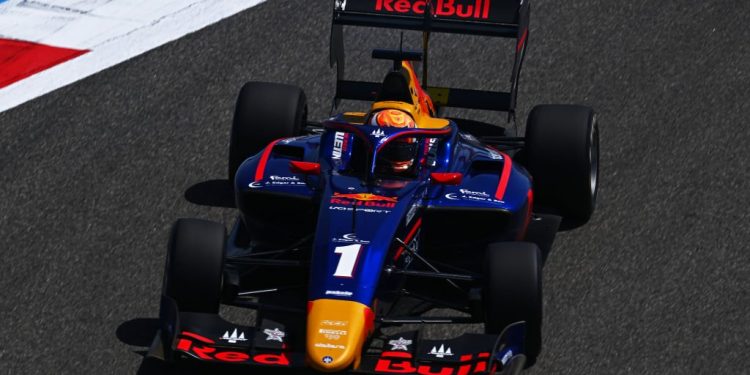 
Jonny Edgar has announced he is stepping down from FIA Formula 3 driving duties over health concerns, having been diagnosed with Crohn’s disease.

Edgar, 18, was in his second year of FIA Formula 3, switching over to the Trident squad with his Red Bull stickers after a debut campaign with Carlin.

In Bahrain, the British driver managed to record finishing positions of 13th in the sprint and 11th in the feature, coming away pointless from Sakhir.

However, he was battling a health problem in the opener which had affected him during the off-season.

In an Instagram post, Jonny Edgar announced that he had been diagnosed with Crohn’s disease and would therefore be stepping down from driving, saying he was “unable to physically compete,” after the news.

He will be replaced by Oliver Rasmussen.

Crohn’s disease is a lifelong condition which attacks the body’s digestive system – with parts of it becoming inflamed.

There is no known cause for the disease – although genes or an immune system problem are thought to play a role, as per the NHS.

Symptoms of the disease include stomach cramps, tiredness, weight loss as well as blood in your poo.

For those who have been diagnosed, such as Jonny Edgar, treatment includes tablets and medication – or even surgery to remove some of the digestive system.

Jonny Edgar was signed to the Red Bull junior programme in September 2017 – when he was still in karting.

His first moves into car racing came in the 2018 Italian F4 championship, before moving into the ADAC Formula 4 series in 2020.

He picked up the title with six wins, and moved into FIA F3 on the Formula 1 support bill in 2021.

Edgar’s best result was a pair of fifth places in Spain and at the Red Bull Ring as he took 23 points and 18th in the standings.

The likes of Sebastian Vettel, Max Verstappen, Daniel Ricciardo, Carlos Sainz Jr and Pierre Gasly have all made it to F1 having been on, or currently are, a part of the Red Bull programme.

In other news, Video shows Doja Cat running back from bathroom as she almost misses Grammy win

What to Expect From Release Date to Cast and Plot