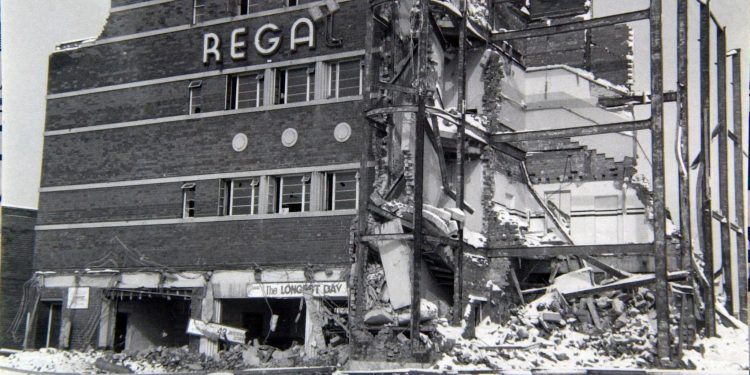 It’s a sad reminder of the demise of the old Regal Cinema on the corner of Cross Gates Road and Cross Gates Lane.

The Regal opened in November 1936 with Eddie Cantor in ‘Strike Me Pink’.

It took only 27 weeks to put up the cinema which boasted seating for 1,500 and a car park for 400 vehicles, which at that time was the largest cinema car-park in the country. The architect was A.V Montague and the builders were Kenyon and Co.

It closed less than three decades later in January 1964 with John Wayne and Robert Mitchum in ‘The Longest Day’ being the last film to be screened.

19 unseen photos of Crossgates through the years

The Regal was completely demolished and replaced with a supermarket building which was known as the Queen’s Supermarket, later a branch of Asda, and then split into two to become Mecca Bingo and Chiltern Mills.

It was one of two cinemas that Cross Gates boasted back in the day.

The Ritz was adjacent to the town’s railway station.

It initially opened as the Picture House on Station Road in August 1920 with a name change to the Ritz from October 1938.

The cinema closed with the showing of ‘From Hell to Eternity’ in May 1965.

A cinema ticket for the Regal.

From the heart: 10 Ways to Show Gratitude for Referrals