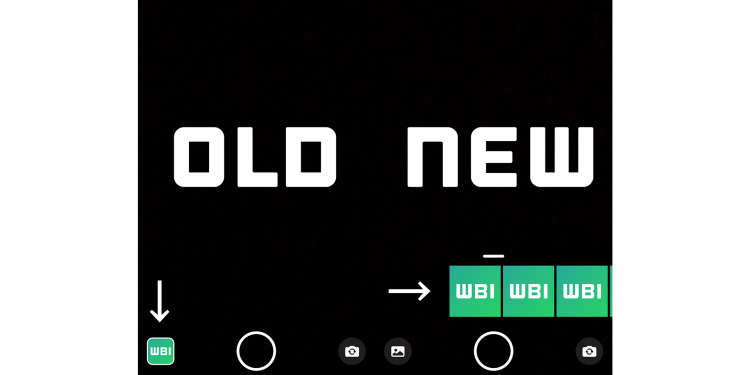 
The beta builds of WhatsApp are where you tend to find new features and options to play with. From time to time, however, these preview builds also serve as a glimpse of things that are vanishing from the messaging app.

This is precisely what happened with the camera media bar recently, and this led to a wave of complaints from disgruntled users. Previously, you would be able to scroll through your images horizontally while having the camera available to shoot, but a recent update relegated this to just one image.

Thankfully, WhatsApp is very good at listening to feedback, and as such it has taken action to give people what they want. What this means is that – for iOS users, at least – the scrollable camera media bar is back.

The removal this feature caused a lot of upset as it made sending photos and videos a more long-winded process. A few extra taps here and there may not sound like much in theory, but it is something that soon gets extremely annoying in practice.

The bar is back

Although the initial change that saw the removal of the camera media bar did not make the feature unusable, it did complicate the process unnecessarily. If you wanted to send out a message with a previously-taken image as quickly as possible, any extra steps could have been a major irritation.

This is far from being the first time WhatsApp has introduced a change only to backtrack on its design decision, and it almost certainly won’t be the last.

This is why the return of the scrollable media bar will be welcomed by most. Anyone who is signed up for the TestFlight beta program can download and install WhatsApp beta version 22.4.0.72 for iOS.

Once installed, this version of the app restores the scrollable media browser bar, making it quick and easy to navigate through the contents of your camera rolls and select videos, photos and other images to send in messages.