Renamed grandstand expected to be unveiled at Shane Warne memorial 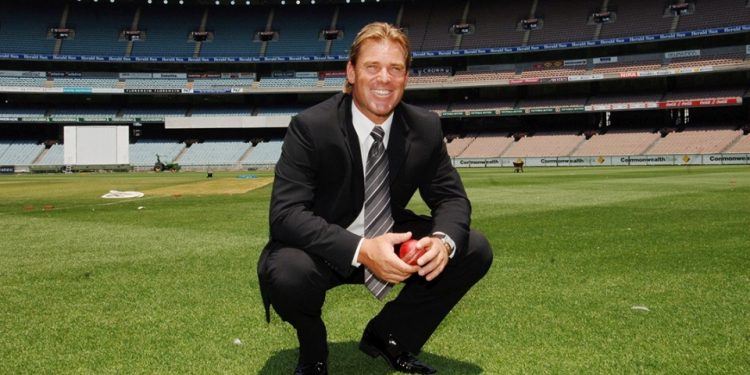 
The Victorian government has released much anticipated details of the Shane Warne memorial, with tickets to March 30 event available from today.

While seating will be reserved at the Service for family, friends, dignitaries and invited guests, tickets for the general public will be the free and available 3pm on 22 March via Ticketek.

The state government said that as a COVID safe event, all attendees must be fully vaccinated and check-in using the Service Victoria app.

Gates at the MCG will open at 5.30pm for those attending, with the service set to commence at 7pm.

The service is expected to run for approximately 2 hours.

For those unable to get tickets, the service will be live streamed online on the Vic.gov.au website.

When the tragic news broke that cricket legend Shane Warne had died earlier this month, there was one repeated suggestion about how to remember the greatest spin bowler of all time.

Renaming the Great Southern Stand at the Melbourne Cricket Ground.

Three days after their beloved son, 52, died of a suspected heart attack while on a trip to Thailand, his parents Keith and Brigitte wrote on March 7: “Over the past few days Shane has been honoured with the family being offered a state memorial for Shane by Premier Dan Andrews, which the family have gratefully accepted.

“The Premier and Minister for Sport and Major Events, Martin Pakula have also advised that the Great Southern Stand at the Melbourne Cricket Ground will be renamed the S K Warne Stand,” they wrote.

The family later suggested their preferred option was the stand be renamed the Shane Warne Stand.

On March 16, Melbourne Cricket Club chief executive Stuart Fox gave a strong indication an unveiling could be at the state memorial.

“We obviously have the state government’s memorial service. There may well be an unveiling at that point in time,” he told Seven News.

“We’re all working towards the renaming of the stand.”

On Sunday, about 80 family and friends gathered at the St Kilda Football Club in Melbourne’s south-east in Moorabbin – where he had a life-long association – for a private funeral to farewell their beloved father, brother and son.

While his ex-fiancee Liz Hurley couldn’t be there, she posted an emotional tribute on social media to mark the funeral.

“My heart aches that I can’t be in Australia tomorrow [March 20] for Shane’s funeral. I was filming last night and, with the time jump, physically can’t get there.

“These pictures were taken in Sri Lanka to celebrate our engagement – we had all our children with us and it was the happiest time.

“It still hasn’t really sunk in that he’s gone. It seems too cruel that all the people who loved him will never have another Lion hug, but our memories will live forever. RIP Lionheart, with love your Luna.”

The spin king’s three children, Brooke, 24, Jackson, 23, and Summer, 20, parents Keith and Brigitte, and ex-wife of 10 years Simone Callahan were surrounded by the close-knit group as they said their final goodbyes to the cricketing legend and devoted dad.

The gathering featured a who’s who of the cricketing world, with retired Australian Test captains Mark Taylor, Allan Border and Michael Clarke attending along with former England skipper Michael Vaughan.

Close friend Eddie McGuire delivered the eulogy and was MC for the service.

Guests were invited to wear St Kilda scarves, and a pair of them were draped across Warne’s coffin as it was driven around the oval to the sound of the 1980s Bill Medley and Jennifer Warnes hit The Time of My Life.

The lap of honour was immediately followed by a toast.

McGuire urged the mourners to be louder as he led three cheers.

“To Warnie,” he declared.

“He was simply the best.”

Tina Turner’s anthem, which made the popular accolade a household phrase, was then played to a round of applause.

Close friend, ex-cricketer Darren Berry said after the service on Monday afternoon: “The pain of reality was at times suffocating, but the beautiful tributes and celebration of the life of my great mate SKW was magnificent.”

What we know about the state memorial service

The biggest names in entertainment will headline the program, with Ed Sheeran and Elton John, who were close friends of Warne, most likely performing via live-stream at the event, as both are on tour in the UK and US respectively.

Coldplay frontman Chris Martin – with whom the cricket legend played the harmonica on stage in 2018 – and Hurley, are expected to play a role.

It is unclear whether either will fly into Melbourne for the big night.

Four of Australia’s major networks – the ABC, Nine, Seven and Foxtel – will also broadcast the service.

“It’s a fitting venue to say goodbye to someone who created so many indelible memories on that ground,” Premier Daniel Andrews said.

“We wish we weren’t doing it. Of course, he’s gone too soon.”

In offering a state funeral, the government said Warne was “born for the big occasion” and his “performance on the pitch drew us to the game that he cared so deeply for”.

“He gave us irreplaceable MCG memories: The Ashes hat-trick, his 700th wicket and calming Bay 13 in his trackies.

“[He] didn’t just inspire a cricketing generation – he defined it”.

Why cheap debt is still bullish for the stock market, according to Credit Suisse

Cat Superhero Defends Her Canine ‘Friend’ Against The Neighborhood Bully

Cat Superhero Defends Her Canine 'Friend' Against The Neighborhood Bully