Rep. Don Young, Alaska Republican and dean of the House, has died – CNN 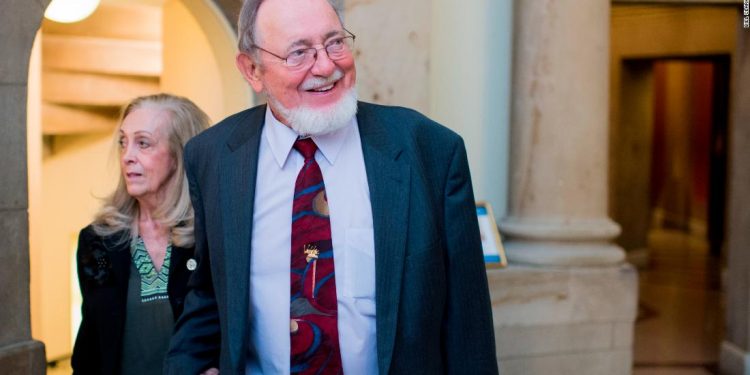 “It’s with heavy hearts and deep sadness that we announce Congressman Don Young (R-AK), the Dean of the House and revered champion for Alaska, passed away today while traveling home to Alaska to be with the state and people that he loved,” the statement said. “His beloved wife Anne was by his side.”

Young was reelected in 2020 to serve his 25th term as the only representative from Alaska. He was the longest-serving member of the current Congress.

The congressman’s office remembered him as a “fierce defender of Alaska,” writing that “from the Trans-Alaska pipeline, to the Ketchikan Shipyard, to the Magnuson Stevens Act, which transformed the American fishing industry, to the numerous land exchanges he fought for, Don Young’s legacy cannot be overstated.”

Young served on the House Natural Resources and House Transportation and Infrastructure committees at the time of his death.

Born on June 9, 1933, in Meridian, California, north of Sacramento, Young would earn his associate degree at Yuba Junior College before going on to receive a bachelor’s degree in teaching from Chico State College, according to his congressional biography. Between earning his degrees, he served in the US Army’s 41st Tank Battalion from 1955 to 1957.

Young first entered public service in 1964, when he was elected mayor of Fort Yukon, Alaska, and would go on to serve four years in the state’s House and three in the state Senate.

He was first sworn into the US House of Representatives after winning a special election on March 6, 1973.

Shortly after arriving on Capitol Hill, Young worked to authorize the Trans-Alaska Pipeline. The congressman, according to his bio, often called it his most important achievement in Congress, saying, “Next to statehood itself, the most historical legislation passed that affected every Alaskan then, now, and in the future, was the passage of the pipeline legislation.”

Alaska Republican Sen. Lisa Murkowski said in a statement Friday that she was “saddened beyond belief about the loss of my friend. We have lost a giant who we loved dearly and who held Alaska in his heart — always. Don was coming home to the place that he loved, and to the people that loved him best.”

Gov. Mike Dunleavy remembered Young as “a great friend” who, “in many ways, formed Alaska into the great state it is today.”

“This is the Congressman whom Alaska will remember forever. Alaska is a better place because of Don Young,” the Republican governor said.

“For five decades, he was an institution in the hallowed halls of Congress: a serious legislator always bringing people together to do the People’s work,” she said. “The photographs of him with ten presidents of both parties who signed his bills into law that proudly cover the walls of his Rayburn office are a testament to his longevity and his legislative mastery.”

Young noted in a 2019 video that as a child he hadn’t thought about serving in elected office but then added: “I’ve enjoyed every moment of it. It’s hard work, but it’s rewarding work. What else can a person ask for?”

How to Live for Free and Build Wealth in The Background