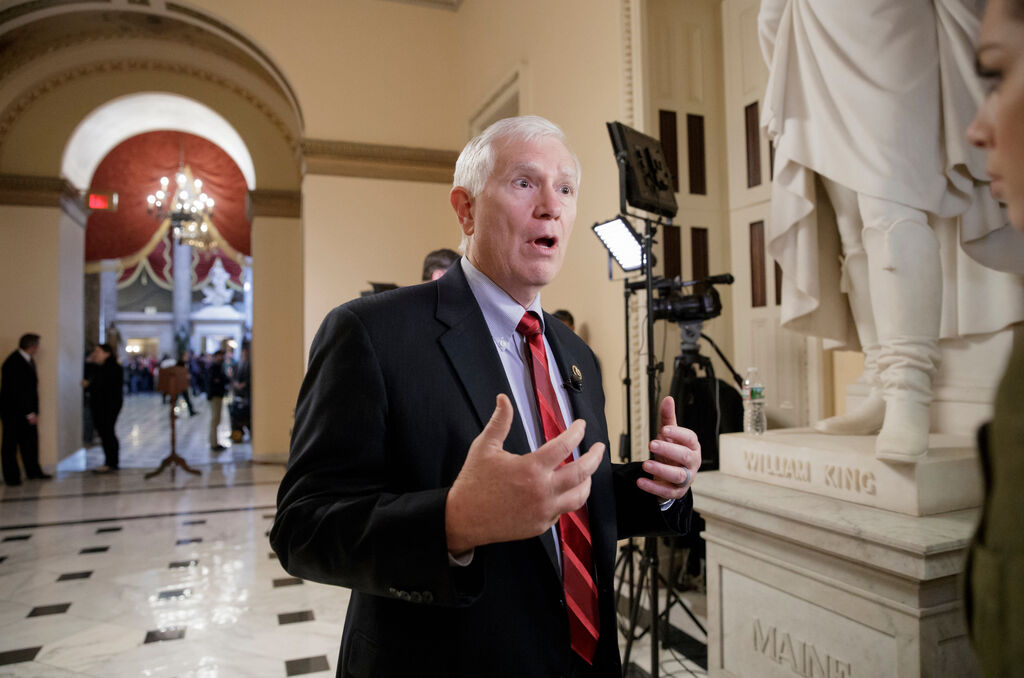 Republican Rep. Mo Brooks is avoiding a lawsuit from his Democratic colleague Rep. Eric Swalwell that seeks to hold him accountable for the January 6 Capitol insurrection — so much so that Swalwell’s attorneys hired a private investigator to find him.

The detail comes in a court filing Wednesday in which Swalwell’s attorneys describe difficulty in serving Brooks with the lawsuit. CNN has reached out to Brooks’ office for comment.

Federal Judge Amit Mehta, after learning of Swalwell’s inability to serve Brooks with the lawsuit, gave the Democrat’s legal team another 60 days to get to Brooks with their formal notification. The judge, however, won’t allow the US Marshals to deliver the lawsuit to the Republican congressman “due to separation of powers concerns,” Mehta wrote, after Swalwell asked for the US Marshals Service’s help.

After Swalwell — a California Democrat — sued in March, his attorneys tried to reach the Alabama Republican through calls to the congressman’s office and by sending a letter to formally provide him notice he had been sued, a necessary step in this type of court proceeding.

When they couldn’t get the lawsuit to Brooks, the Swalwell legal team hired a private investigator to find him — only to be hampered in April and May partly by the visitor lockdowns around the US Capitol complex, which were put in place for Congress’ protection after the siege, according to their filing Wednesday.

Following the Swalwell team’s calls, they emailed, too. “Neither Brooks nor any member of his staff has responded to his request,” their filing said.

“Plaintiff had to engage the services of a private investigator to attempt to serve Brooks personally — a difficult feat under normal circumstances that has been complicated further in the wake of the January 6 insurrection at the Capitol that Defendants incited,” Swalwell’s court filing continued. “Plaintiff’s investigator has spent many hours over many days in April and May at locations in multiple jurisdictions attempting to locate and serve Brooks, to no avail.”

In the suit, Swalwell alleges that former President Donald Trump, his son Donald Trump Jr., Trump’s former lawyer Rudy Giuliani and Brooks broke Washington, DC, laws, including an anti-terrorism act, by inciting the riot, and that they aided and abetted violent rioters and inflicted emotional distress on members of Congress.

Swalwell claims that the four men prompted the attack on Congress with their repeated public assertions of voter fraud, their encouragement that supporters go to Washington on January 6, and in their speeches that day. Each man had told the crowd that Joe Biden’s electoral certification in Congress could be blocked, and that Trump’s supporters should fight, the lawsuit alleges.

Brooks spoke at the pro-Trump rally on January 6, saying, “Today is the day American patriots start taking down names and kicking ass.” He then asked the rally attendees if they were willing to fight.

Brooks has denied responsibility for the riot, calling Swalwell’s lawsuit a “meritless ploy” and telling a radio show host the day after the attack that he “absolutely” had no regrets. He later said in a statement, “No one at the rally interpreted my remarks to be anything other than what they were: A pep talk after the derriere-kicking conservatives suffered in the dismal 2020 elections.”

Other defendants in the suit, including Trump, Trump Jr. and Giuliani, have already responded with their arguments in court, saying they cannot be blamed for the actions of the rioters.

Following the speeches at the pro-Trump rally, many in the crowd marched to the Capitol, with several violently breaking into the building and looking for lawmakers who were certifying Biden’s victory over Trump in the 2020 election.

Where to buy Life Token