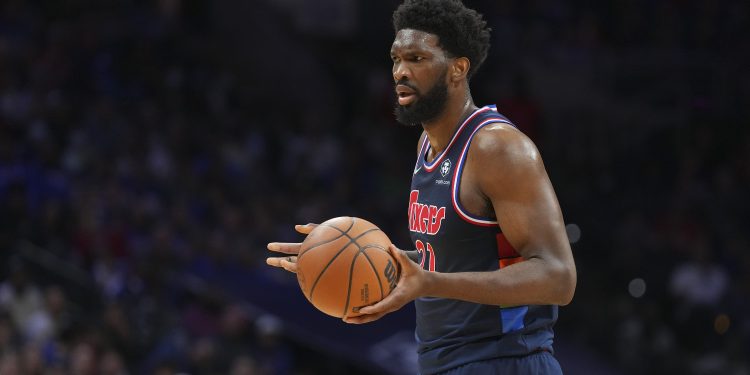 Philadelphia 76ers center Joel Embiid suffered a thumb injury in Game 3 of the team’s first-round playoff series against the Toronto Raptors on Wednesday. However, it appears he’s on track to play Game 4 on Saturday.

Shams Charania of The Athletic and Stadium reported Embiid may have a torn ligament in his right thumb but plans to play through it.

Sixers head coach Doc Rivers said after Friday’s practice that Embiid was “good” and that he was able to participate fully in practice, according to USA Today’s Ky Carlin.

Embiid has been one of the best players in the NBA this season and is also an MVP candidate. The 28-year-old finished the regular season averaging 30.6 points, 11.7 rebounds and 4.2 assists through 68 games in what has been a career year.

Through three playoff games against the Raptors, Embiid has continued to impress, averaging 27.7 points, 13 rebounds and two assists per game.

When Embiid is sidelined, it’s difficult for the Sixers to replace his production. While players like DeAndre Jordan, Paul Reed and Paul Millsap could see time filling in for him, it’s good news for Philadelphia that he’ll likely suit up on Saturday.

The Sixers hold a 3-0 series lead over the Raptors and are hoping to close out the series with a sweep, especially to give Embiid some added time to rest before Round 2.