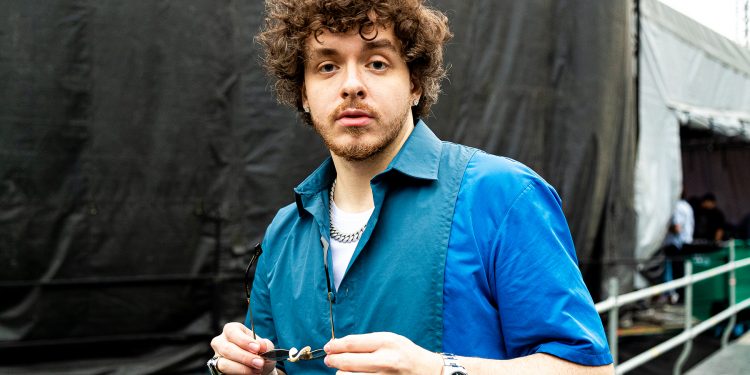 So why isn’t Jack Harlow indicted with all those rappers? That’s what a reporter wanted to know at a recent press conference surrounding the announcement of gang-related charges against the likes of Young Thug and Gunna in Fulton County, Georgia.

“Um, the indictment’s got Young Thug and a bunch of other rappers. But there’s one name I was expecting to see, and I didn’t. And that’s Jack Harlow,” asked a reporter. “Can you speak to that?”

District Attorney Fani Willis looked up with a slight smirk before saying, “What I’ll tell you is that, as large as this indictment is, I told my team, ‘Let’s not be sexy. Let’s not overreach. Let’s be conservative in our approach.’ Which is always the approach that I take. In taking that approach, 28 defendants were indicted and they were indicted for the crimes that were appropriate for this RICO indictment.”

Reporter: ‘The indictment’s got Young Thug, and a bunch of other rappers. But there’s one name I was expecting to see, and I didn’t, and that’s Jack Harlow. Can you speak to that?’

Some users on Twitter speculated that the journalist may have prepared his question based on some troll tweets, including one from @WaveyForever, who wrote, “Ain’t Jack Harlow in YSL too?” (YSL stands for Young Slime Life, the organization the “Go Crazy” rapper founded.) Another tweet read, “Free YSL! Arrest jack harlow!!!!”

Perhaps, the reporter will next ask about Queen Naija, who has become Twitter’s favorite artist to clown and blame whenever anything goes wrong.

The jokes surrounding Harlow and the slew of indictments come as Young Thug, Gunna and other members of YSL face serious accusations. Young Thug — born Jeffery Lamar Williams — is being accused of conspiracy to violate the Racketeer Influenced and Corrupt Organizations (RICO) Act and participation in criminal street gang activity.  Meanwhile, Gunna — legal name Sergio Giovanni Kitchens — is charged with one count of conspiring to violate RICO. Though Gunna has yet to be arrested, Sheriff Patrick Labat confirmed that they were “making arrangements” with the rapper’s team.

The 88-page indictment charges Young Thug with being both directly and indirectly associated with a slew of criminal activity, ranging from armed robbery and aggravated assault with a deadly weapon to murder.

Young Slime Life, the organization of which Thug is a founding member, allegedly “claims affiliation with the national Bloods gang.”

In February of this year, two YSL associates allegedly asked Young Thug for “permission” to “make a second attempt to murder” Atlanta rapper YFN Lucci while he was incarcerated at Fulton County Jail awaiting trial for murder, the indictment states. According to Complex, Lucci was stabbed at the facility on Feb. 9 — an attack prosecutors claim was perpetrated by YSL associates.

An attorney for Thug has said that the artist “vehemently denies the allegations lodged against him and he looks forward to the opportunity to defend this case in court.”