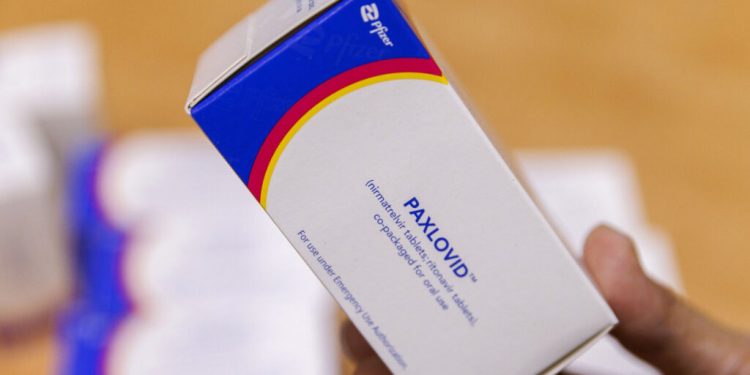 As he was treating some of the nation’s first coronavirus patients, Andre Kalil noticed something unusual about the new virus: Patients didn’t always progress linearly. They’d get better, then worse. Then sometimes better again.

Initially, most researchers figured these undulating symptoms were collateral damage, as a riled-up immune system kept firing long after most of the virus was gone. Sometimes, though, Kalil could swab the lungs of a patient in the ICU and find virus still replicating weeks after they were admitted. Often, the amount of virus bounced up and down by the day.

“I cannot tell you how many times I’ve seen patients that late in the disease, with very, very high viral load,” said Kalil, a physician and professor at the University of Nebraska Medical Center, home to the nation’s only federal quarantine center. “This virus is different than other viruses in the past. It has the capacity to replicate for much longer.”

Kalil has been thinking about those early patients again as researchers around the world race to solve a growing mystery: Paxlovid rebound.

How Paxlovid came to be: From the germ of an idea to a vital tool against Covid

Almost 90% effective at preventing hospitalizations from Covid-19, Pfizer’s antiviral pill has quickly become one of the most powerful additions to the pandemic arsenal since the advent of mRNA vaccines. But as it’s become more widely available, a growing number of people have found the drug only temporarily effective.

In these cases, a patient diagnosed with Covid-19 was typically prescribed Paxlovid, took it, felt better, perhaps even tested negative, and then suddenly tested positive days or even more than a week later. For some, the resurgences were asymptomatic. But for others, they were as bad or worse than the original illness.

“There were a lot of symptoms associated with the rebound, actually, almost as much as there was for the original infection,” said Davey Smith, an infectious disease specialist at University of California, San Diego, who recently documented one such case. “Headache, fatigue, cough.”

Tatiana Prowell, an oncologist at Johns Hopkins School of Medicine, has for the past week documented on Twitter a household member’s struggle with rebound. Twenty days after first testing positive, the person is positive again and suffering sore throat, fatigue, runny nose, and nonstop coughing.

These stories raise important questions about how doctors should use the most effective Covid-19 treatment to date: It might mean some patients need longer courses of medicine; guidelines for who should take it could be refined; recommendations for exiting quarantine may have to be updated.

Already, there’s been debate over how to address a rebound. Pfizer’s CEO, Albert Bourla, has suggested that patients who experience one take another course of the drug, while the Food and Drug Administration has put out guidance telling physicians the opposite. On Tuesday morning, the Centers for Disease Control and Prevention issued its first official guidance, reiterating the FDA’s advice against re-treatment and telling rebounding patients to isolate for at least five days and mask for at least 10, as the agency currently advises for new infections.

And yet, nearly a month after National Institute of Health officials said they needed to get “an urgent handle on the issue,” researchers are still struggling to understand the phenomenon, largely because no one has any idea how common it is or any way to track it.

Pfizer’s clinical trials found rebound in only 1% to 2% of patients and it occurred in both placebo and treatment groups. Many infectious disease specialists believe that in the real world, it is much higher, but that could be driven in part by the number of influential physicians and researchers on Twitter who have experienced rebound.

“We’re in that era where people all post their health information on a website,” said Monica Gandhi, an infectious disease physician at UC San Francisco. “It’s very hard to distinguish perception from reality.”

Annaliesa Anderson, Pfizer’s chief scientific officer for bacterial vaccines, similarly noted in an interview that few people who didn’t experience rebound are rushing to report it.

“It’s very difficult to put a percentage on what’s actually happening in the general population,” she said, while noting the company plans to analyze ongoing clinical trials for conclusive answers, including how often rebound virus is actually infectious.

Only a few cases have been reported in the medical literature, mostly individual case reports that allow researchers to generate hypotheses but only hint at answers. Those include Smith’s preprint study and a Veterans Affairs preprint that has documented rebound in 10 patients, including two who seem to have infected others after the virus returned.

Although the NIH has offered few concrete plans for how it’ll study rebound, investigations are underway. Gandhi said she and other physicians have been reporting individual cases to the agency, and Pfizer has its own system for tracking voluntary reports. (A spokesperson said the data so far have been “generally consistent” with the trial.)

Michael Mina, chief science officer of the testing company eMed, said the company may be able to launch a trial soon that could give an answer “in a couple weeks,” by relying on its product, which allows patients to test at home and immediately connect with physicians.

So far, though, no one has announced a comprehensive study, which Kalil and others say would be necessary to understand the issue.

“All we have is anecdotal data,” said Melanie Thompson, an infectious disease physician in Atlanta, when asked about rebound on a press call Friday with the Infectious Diseases Society of America. “I wish I had a better answer.”

Does Paxlovid help people who have been vaccinated against Covid-19? Show us the data!

And in the absence of data, Kalil and others fear that officials or the public may jump to conclusions. It’s possible, he points out, that the virus has been doing this all along. And more people are only noticing now because they take a pill that they expect will make them better.

Despite rebounds, physicians and researchers stress that Paxlovid remains a highly effective method of preventing death and hospitalization. In a call with reporters last week, Health and Human Services officials said they were consulting with the FDA on whether to change any of the prescribing instructions, but in the meantime, continued to recommend people take the drug because of the 88% efficacy it showed in clinical trials.

If anything, they say, doctors should be prescribing it more, especially for patients who are most vulnerable.

“It’s being underutilized right now to some extent because a lot of physicians are unfamiliar with it,” said Myron Cohen, director of the Institute for Global Health and Infectious Diseases at the University of North Carolina. “We have an educational thing, both for physicians and patients.”

Rebounds don’t appear to have undermined that efficacy. Although there’s no comprehensive data, none of the documented cases so far have resulted in severe illness. But even before the CDC’s new guidance, some physicians started cautioning that renewed symptoms could mean renewed infectiousness.

“If you get symptoms again, and you are testing yourself and you’re positive again, on the antigen tests, you should consider yourself infectious,” said Paul Sax, an infectious disease physician at Brigham and Women’s Hospital. “Start the clock over on your isolation.”

Theories vary for what might be driving the resurgences, assuming they are tied to Paxlovid.

Early on, clinicians ruled out the most concerning possibility: that the virus was evolving resistance to the drug, a prospect that could undermine the treatment before it even had time to take off.

In the UC San Diego case report, researchers analyzed the genome of the virus in the rebounded patient and found no new mutations in the protease, the protein that Paxlovid acts upon. They also cultured the patient’s virus in a lab and found that Paxlovid still successfully neutralized it there.

That’s led to other possibilities. The most common one is that Paxlovid is, in a way, too effective. It quashes the virus immediately, before the pathogen has had time to trigger the body’s full suite of alarms and send B and T immune cells into formation.

In some patients, there are bound to be little pockets where the virus has managed to survive. Once the five-day course of Paxlovid is done, the surviving virions can start repopulating, free of therapeutic or immunological predators.

The theory has a major flaw, though: Pfizer’s clinical trial data. If that was the case, why didn’t more patients in the study experience rebound?

Researchers have pointed to many hypothetical mechanisms. The population Pfizer studied in its clinical trial looked very different from the patients Paxlovid is generally being prescribed to. The former were unvaccinated, met specific high-risk criteria, and were infected with the Delta variant. The latter are generally vaccinated, fit a looser criteria for high-risk, and are infected with Omicron.

Gandhi said anecdotally doctors were prescribing it in even lower-risk patients — such as the vice president.

The rebounds “could be simply because we’re simply not using it in the populations in which it’s been studied,” she said. “We’re not even, to be fair, using them in the population” for which the FDA gave it an emergency use authorization.

Other researchers pointed to a recent paper from virologist Melanie Ott’s group at UCSF, suggesting that the immune response against Omicron is fundamentally different: Perhaps it simply takes longer for the body to develop the right antibody repertoire against this new variant than against previous ones.

Omicron also infects the body differently, favoring the upper respiratory tract. Paxlovid doesn’t diffuse as well throughout the body as many drugs do, and it’s possible the drug isn’t staying in the region long enough to fully eliminate the virus.

For now, though, it’s mostly speculation. “No one knows,” said Debra Poutsiaka, an infectious disease physician at Tufts Medical Center.