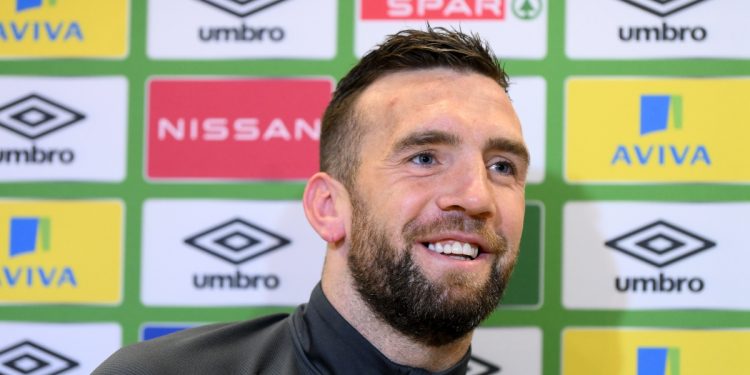 
SHANE DUFFY does not believe he is getting notions as he backed Stephen Kenny’s side to win their Nations League group.

The new Uefa competition has been an unmitigated disaster for Ireland up until now.

In the inaugural year, Martin O’Neill’s team failed to win any of their four games and scored just once, resulting in his dismissal.

The only reason they were saved from relegation from League B was because of a revamp.

And things did not get much better second time around under Kenny.

Again, Ireland drew half and lost half of their games and this time managed just one goal in six outings.

They were only spared the drop because Bulgaria were even worse. 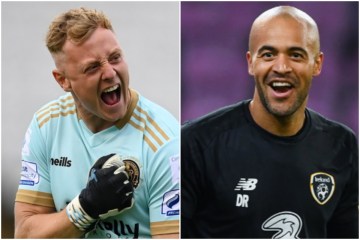 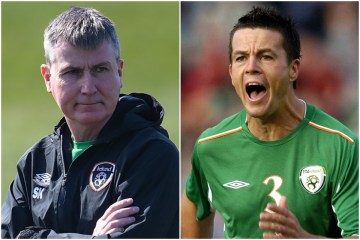 But — echoing his manager’s ambition — Duffy is eyeing top spot in a group containing Scotland, Ukraine and Armenia and promotion to League A.

The Brighton defender said: “Our next tournament is the Nations League and we want to win that group. I think it is quite an even group and we can go there and give our best and that belief will take us on for the Euro qualifiers.

“I think we can win the group and that’s not me speaking ahead of ourselves. That would be a successful start and go on from there.

“For me, that is what we have to start believing and aiming for as a country — that we can win groups and qualify for tournaments.

BETTING SPECIAL – GET €50 IN FREE BETS WITH BOYLESPORTS

“And why not? You can see the progression we are making now.

“When we had a difficult start we always said the young players would benefit from that and we are seeing that now. We are picking up results.

“Hopefully we can win the Nations League and have a good qualification campaign and set the standard for ourselves and give the whole nation a buzz.”

Ireland’s first four Nations League matches are scheduled for June but there is an obvious question mark over their home and away fixtures with Ukraine, particularly because of the postponement of their World Cup play-off against Scotland — which was due to be played in this international window.

Ireland were never in contention for the play-offs with back-to-back defeats against Serbia and Luxembourg stopping our qualification bid dead in its tracks.

That inevitably led to pressure on Kenny but much-improved results in the second half of the campaign saw him handed a contract extension to cover Euro 2024.

Duffy is glad that the matter has been put to bed having been unwavering in his support of the Tallaght man, despite the fact that Kenny dropped him after a dramatic loss of form at club level.

He said: “Probably for the players it wasn’t a massive issue.

“We always believed he was the right one for the job.

“Well, I did anyway, so it’s nice that it’s behind us and we can move forward. The aim is for the Euros, that’s the end goal, we’ve got the plan in place and it’s just up to us now to do it. The progression we’ve made over the last two years is there for everyone to see. It’s really exciting and I’m happy Stephen is still here.

“We are going the right way and that’s up.

“The squad the manager’s built over the last year, anyone can come in and produce and play, that’s the trust we have among the group.

“In the last few games we’ve had a bit of continuity in the team and it’s worked. The trust is there, we had a camp last summer in Spain and from that moment on it’s been similar squads and the same players.

“When you play together for longer it gets better and that’s how it’s been over the year. Every time I come in it’s same faces and it’s exciting every time you come in.”

There has been one significant change on the coaching staff since the squad last met in November. But despite the obvious popularity and influence of Anthony Barry, who traded Ireland for Belgium last month, Duffy downplayed the significance of his departure and replacement by John Eustace.

He added: “I can only speak well about Anthony, he was great for the team and the culture but football moves and people come and go, that’s a part of the game.

“John has been great this week, he has fitted right in with us and it’s quite exciting again now to have different ideas to add to what we’ve already got.

“So for me, I’ve got full respect for Anthony but really excited about what John can bring to us and see where we can go from here.”

Duffy reports for duty in a far better place than he was a year ago when he paid the price for his struggles on loan at Celtic.

Having assumed his time was up at Brighton, he started all but two of their first 15 Premier League games this season before a suspension, Covid-19 and an ankle injury sidelined him either side of Christmas.

He has started three of their last five games but — although his current contract expires in the summer of 2023 — he is reluctant to look too far ahead.

Duffy said: “I’m not even thinking about stuff like that. From where I was in my life and my career, it’s just about enjoying every game and every day.

“I think if you speak to the majority of footballers, there’s low points in your career and that was mine and you’ve just got to have the mental strength to come out of it and bounce back and believe in your ability, and that’s what I’ve done.

“I’ve knuckled down and I’ve got a smile back on my face, I’m enjoying it again. Football is a funny sport and anything can happen. For me, it’s just about being happy and enjoying my game and embracing it.

“I’m loving being at Brighton, it’s a home for me and I’ll always be there until they tell me I’m not. That’s where I’m at. I’m not even looking that far down the line.

“I’m trying to get back to fitness but I’m feeling good, feeling sharp and happy to be playing regularly.”

And he admitted he has been kept on his toes in training by Ireland Under-21 striker Evan Ferguson, who has clocked up four first-team appearances for Brighton this term.

Duffy said: “He’s a great lad. He has really impressed me and obviously the lads there.

“He is with us now full-time and I have seen a big difference in him already in the five months that he has been with us every day.

“He is a big, strong boy for 17. Sometimes I forget he’s only 17. He’s pinning me in training every day.

“It’s exciting for us and exciting for Ireland. We have just got to be a little bit patient with him and let him develop.

“For me, the kind of character he is, I feel he has got a massive future. Just wait, be patient with him and let him come through when he’s ready.”

Oswestry Town Council to report on how to spend refugee £10k