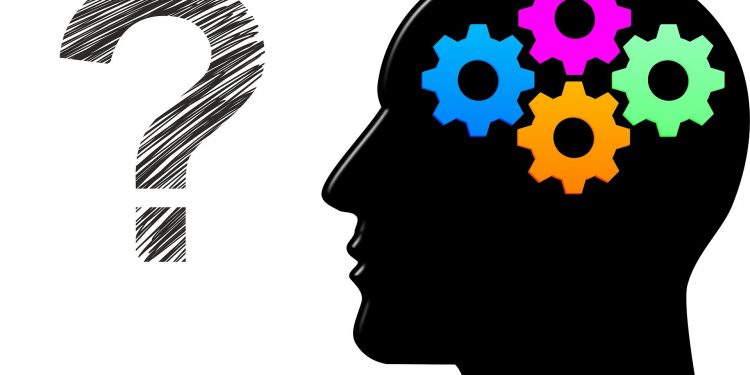 
In a scientific first, researchers at the University of California, Irvine have discovered fundamental mechanisms by which the hippocampus region of the brain organizes memories into sequences and how this can be used to plan future behavior. The finding may be a critical early step toward understanding memory failures in cognitive disorders such as Alzheimer’s disease and other forms of dementia.

Combining electrophysiological recording techniques in rodents with a statistical machine learning analysis of huge troves of data, the UCI researchers uncovered evidence suggesting that the hippocampal network encodes and preserves progressions of experiences to aid in decision-making. The team’s work is the subject of a paper published recently in Nature Communications.

“Our brain keeps a pretty good record of when specific experiences or events occur. This ability helps us function in our daily life, but before this study, we didn’t have a clear idea of the neuronal mechanisms behind these processes,” said corresponding author Norbert Fortin, UCI associate professor of neurobiology and behavior. “Where it connects with everybody is that this type of memory is strongly impaired in a variety of neurological disorders or simply with aging, so we really need to know how this brain function works.”

The project, which took more than three years to complete, involved experimental and data analysis phases. The researchers monitored the firing of neurons in rats’ brains as they underwent a series of odor identification tests. By presenting five different smells in various sequences, the scientists were able to measure the animals’ memory of the correct sequence and detect how their brains captured these sequential relationships.

“The analogy I would think about is computing,” Fortin said. “If I were to stick electrodes in your brain—we can’t; that’s why we use rats—I could see which cells are firing and which ones are not firing at any given moment. That provides us with some insight into how the brain represents and computes information. When we record activity patterns in a structure, it’s like we’re seeing zeros and ones in a computer.”

Obtained in millisecond intervals over several minutes, neuronal activity and inactivity measurements present a dynamic picture of the brain’s functioning. Fortin said that he and his colleagues were, in some ways, able to “read the minds” of their subjects by viewing the “coding” of the cells—which ones were firing and which were not—in rapid succession.

“When you’re thinking about something, it moves quickly,” he said. “You’re not stuck on that memory for long. Right now, it’s being represented, but we can see how that changes very quickly.”

Fortin knew early on that the readings of hippocampal activity would result in enormous quantities of raw data. From the beginning stages of the project, he enlisted the participation of statisticians in the Donald Bren School of Information & Computer Sciences.

“The neuroscience questions we had at the time in my lab were way too advanced for the statistical knowledge we had. That’s why we needed to involve partners with data science expertise,” Fortin said.

“These emerging neuroscience studies rely on data science methods because of the complexity of their data,” said senior co-author Babak Shahbaba, UCI Chancellor’s Fellow and professor of statistics. “Brain activities are recorded at millisecond scale, and these experiments run for more than an hour, so you can imagine how fast the amount of data grows. It gets to a point that neuroscientists need more advanced techniques to accomplish what they had imagined but weren’t able to implement.”

He noted that when neurons encode information such as memories, scientists can get a glimpse of that process by examining the pattern of spiking activity across all recorded neurons, known collectively as an ensemble.

“We found that we could treat these neural patterns as images, and this unlocked our ability to apply deep machine learning methods,” Shahbaba said. “We analyzed the data with a convolutional neural network, which is a methodology used frequently in image processing applications such as facial recognition.”

This way, the researchers were able to decode the firing of neurons to retrieve information.

“We know what the signature for odor B looks like, just as we know the ones for A, C and D,” Fortin said. “Because of that, you can see when those signatures reappear at a different moment in time, such as when our subjects are anticipating something that has yet to happen. We’re seeing these signatures being quickly replayed as they’re thinking about the future.”

Shahbaba said that the tools and methodologies developed during this project can be applied to a wide range of problems, and Fortin may extend his line of inquiry into other brain regions.

The study is an example of the power of convergence research at institutions such as UCI, Shahbaba said: “I could directly see the difference this is making for our students. Researchers in Norbert’s neuroscience group are taking data science classes and can now ask some really important scientific questions they could not investigate in the past, and my own students are thinking fundamentally about the scientific method in an unprecedented way.”

He added, “Through this collaboration, we are training the next generation of scientists, who have the required skills to conduct interdisciplinary research.”

Fortin and Shahbaba were joined on the project by Pierre Baldi, UCI Distinguished Professor of computer science; Lingge Li, who earned a Ph.D. in statistics at UCI in 2020; Forest Agostinelli, who earned a Ph.D. in computer science at UCI in 2019 and is now an assistant professor at the University of South Carolina; Mansi Saraf and Keiland Cooper, UCI Ph.D. students in neurobiology and behavior; Derenik Haghverdian, a UCI Ph.D. student in statistics; and Gabriel Elias, a postdoctoral project scientist at UCI.

Provided by
University of California, Irvine