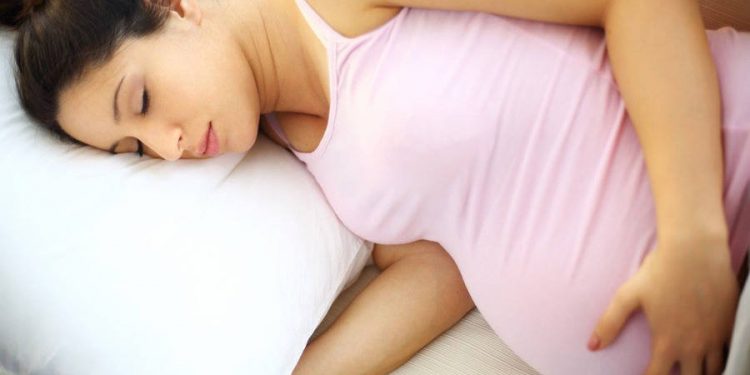 
Most women experience nausea and vomiting during pregnancy, but a condition known as hyperemesis gravidarum (HG), which affects up to 2% of pregnant women, causes nausea and vomiting so severe that it can lead to starvation, nutrient deficiency and problems with fetal development. HG can be passed down in families and most women who experience it in one pregnancy will have a recurrence in additional pregnancies. HG has long been poorly understood and therefore undertreated, putting women with the condition at an increased risk of pregnancy termination, suicidal ideation and even death.

Now, a new study from a team of researchers at the Keck School of Medicine of USC and the Hyperemesis Education and Research (HER) Foundation has found that mutations or variants in the GDF15 gene are linked to HG. The findings published this week in BJOG: An International Journal of Obstetrics and Gynaecologyconfirm earlier paradigm-shifting research linking the GDF15 gene to HG and may provide tools for predicting who might be at risk for HG and diagnosing the disease.

“For generations, it’s been thought that HG was either psychological in nature or caused by the hCG pregnancy hormone, so this breakthrough leads us in a new direction,” said Marlena Fejzo, PhD, a faculty researcher at the Keck School of Medicine and the paper’s lead author. “Our study provides compelling evidence that abnormalities in the GDF15 gene and the protein it codes for are the main cause of HG.”

The discovery offers hope that clinicians will ultimately be able to provide timelier prediction and diagnosis of HG, possibly through genetic testing, as well as treatments designed specifically to treat its underlying cause.

“This condition can be very debilitating and without knowing its cause, we haven’t had specialized medications to offer patients,” said Patrick M. Mullin, MD, MPH, an associate professor of clinical obstetrics and gynecology at the Keck School of Medicine and a coauthor of the study. “Our hope is that understanding the genetic basis of HG will support the development of more targeted approaches to treatment.”

The genetic basis of HG

The researchers compared the genes of 926 women with HG pregnancies to 660 women who had normal levels of nausea and vomiting while pregnant. Only one gene differed significantly between the two groups: the gene that codes for a cellular stress hormone called GDF15. The hormone, which is present at high levels in the placenta, sends signals to a part of the brain that controls nausea and appetite. The results suggest that in women with certain variants of the identified gene, something is going awry with how the GDF15 hormone signals the brain, leading to the symptoms of HG.

In previous research, the team found a link between the GDF15 gene and HG in a genome-wide association study. The BJOG finding builds on that breakthrough by confirming the link in a separate group of participants using whole-exome sequencing, a different genetic analysis technique that allows researchers to sequence large amounts of DNA to search for rare mutations in genes. In this study researchers found two variations of the GDF15 gene associated with HG. One common variation occurred in many more women with HG pregnancies than controls, while a second rare mutation occurred in 10 women with HG pregnancies but none of those without HG, strongly suggesting that abnormalities in the GDF15 gene play a role in the development of HG.

The new study also included a more diverse participant pool, showing a similar trend toward an association of the common GDF15 gene variant and HG in people of African, Asian and Hispanic descent, suggesting that the results may be generalizable to the larger population.

In addition to its role in HG, the GDF15 hormone is implicated in cancer cachexia, a wasting syndrome that causes weight loss, malnutrition and loss of appetite. Clinical trials are currently underway for cachexia drugs that block the GDF15 signaling pathway, which show promise for reducing nausea and weight loss. Those medications may ultimately prove useful for HG patients, too.

“Providing clinicians and patients with an evidence-based cause of HG may lessen the historical stigma and allow patients to be taken more seriously, resulting in improved care and healthier mothers and babies,” Fejzo said.

During pregnancy, when weight gain is key to fetal health, women with HG typically lose at least 5% of their body weight. Some face prolonged starvation and become nutrient deficient, with the most severe cases leading to life-threatening conditions, including Wernicke’s encephalopathy.

But the condition doesn’t just harm mothers. Infants born to women with HG are five times more likely to be small for their gestational age compared to infants of healthy mothers—a higher risk than that of tobacco, cocaine or amphetamine use. Babies exposed to HG also face more developmental problems, including a higher risk for autism, than their healthy counterparts.

“HG patients and their babies can suffer greatly, can even die, and this study provides long overdue progress toward understanding the disease,” Fejzo said.

Next, the team aims to further elucidate the link between GDF15 and HG using clinical and biological data, for example to determine whether levels of the GDF15 hormone can predict the onset of HG. They are currently measuring GDF15 hormone levels in blood samples from women with and without HG and comparing that data to clinical reports of nausea and vomiting severity.

In addition to Fejzo and Mullin, the study’s other authors are Kimber W. MacGibbon, Olivia First, and Courtney Quan, of the HER Foundation. This work was supported, in part, by the HER Foundation and the Eppley Foundation for Research. Regeneron Genetics Center performed whole-exome sequencing for the study. 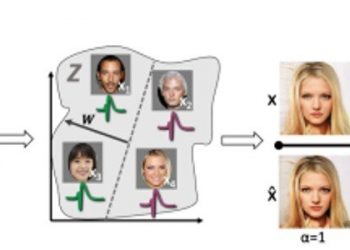