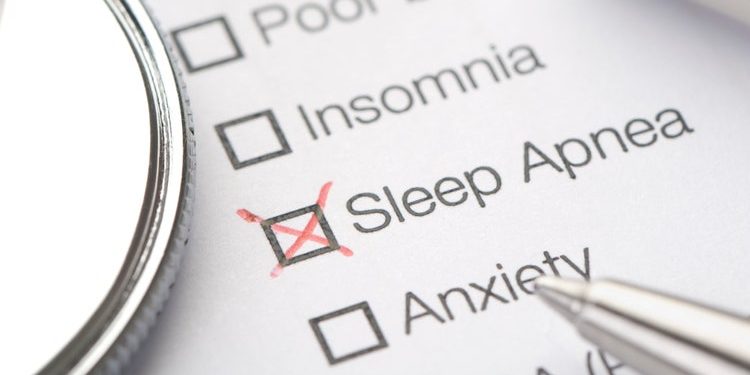 
The words ‘medical’ and ‘technology’ go together like the words ‘chocolate’ and ‘pudding’. Using technology to address medical issues has long been an attractive area for companies to innovate in. Such innovations have created tremendous value for many of the parties involved. And the companies that end up performing the best go on to create significant wealth for their investors. One interesting firm in the medical technology space is ResMed (RMD). In recent years, management has succeeded in growing the company at a steady and attractive pace. Profits and cash flows have been a bit lumpy. But the overall trend has been positive. Having said that, even a quality company can be overpriced at times. And shares, as they stand today, do look definitely overpriced.

Delving into the medical technology space

Today, ResMed describes itself as being a global leader in digital health and cloud-connected medical devices. Operationally, the company provides these technologies through two different segments. The first of these is the Sleep and Respiratory Care segment. In this unit of the business, the firm sells a treatment for dressing obstructive sleep apnea known as CPAP, or nasal continuous positive airway pressure, which is a non-invasive treatment. It also has developed various other products and technologies such as ventilation devices, diagnostic products, mask systems that are used in both the hospital and homes, headgear, dental devices, and more. During the company’s 2021 fiscal year, this particular segment accounted for 88.3% of the company’s overall sales and 91.8% of its operating profits.

The other segment to pay attention to is the Software as a Service segment. The company developed this segment largely as a result of a few acquisitions and it made over the years. And, in short, its offerings include technologies that help with performance analytics for health care providers, documentation management, the implementation of reimbursement requirements, and more. This particular segment accounted for 11.7% of the company’s overall revenue and 8.2% of its operating profits in 2021.

There are other ways that we should look at the company. For instance, digging deeper, you will find that 50.4% of the company’s revenue came from the sale of its various devices. A further 37.9% of revenue was attributable to the sale of masks and other related products under the Sleep and Respiratory Care segment. Geographically, we also see that the company is largely focused on the U.S. market. 61.4% of the revenue it generated in 2021 came from the US, with the rest attributable to foreign nations. Management does not provide revenue data for other specific nations. But we do know that Australia is the country that the business has the largest amount of long-lived assets located in. Overall, 40.2% of its long-lived assets are there today.

Over the past few years, management has done well to grow the enterprise. Revenue expanded from $2.07 billion in 2017 to just under $3.20 billion in 2021. This translates to an annualized growth rate of 11.5%. Revenue has shown a recent uptick in the current fiscal year. Sales in the first half of 2022 totaled $1.80 billion. That represents an increase of 15.9% over the first half of 2021 when the company generated sales of $1.55 billion. The company does benefit from organic growth, but acquisitions have been a key to its expansion over the years as well.

For the first half of the 2022 fiscal year, the company has done remarkably well from a profitability perspective. Net income of $405.4 million implies a year-over-year increase of 13.3% compared to the $357.9 million the company generated in the first half of 2021. Operating cash flow did decline, plunging from $313.9 million to $154.2 million. But if we adjust for changes in working capital, it would have actually risen from $496.6 million to $538.1 million. Meanwhile, EBITDA for the company expanded from $576.7 million to $641.3 million. Management has not provided any guidance for the 2022 fiscal year. But if we assume that results should continue as they have for the first half of the year, then we should anticipate net profits of $537.5 million, operating cash flow of $798.3 million, and EBITDA of $1.30 billion.

Taking this data, we can effectively price the company. Using our 2021 figures, shares are trading at a price to earnings multiple of 76. The price to operating cash flow multiple is 49. And the EV to EBITDA multiple is 31.3. If we use our projected figures for the 2022 fiscal year, these multiples would be 67.1, 45.2, and 28.1, respectively. These look astronomically high because they are astronomically high. Some investors might point to the company’s 2020 fiscal year when results were better than what is being forecasted for 2022 and better than what the company achieved last year. But even if the company reverts back to that kind of performance, these multiples would be 58, 45, and 34.9, respectively.

Based on the data provided, ResMed appears to be a quality company with a bright future ahead for it. Management continues to expand the business and I have no doubt that the cash flow picture of the company should follow revenue higher over the next few years at least. Having said that, no matter which lens we look at the company through, shares are priced at levels that don’t come close to making sense. Realistically, this company should be trading at least 30% or lower than what it is trading for today. And that might be rather generous. Because of this, I would urge investors to approach this prospect cautiously. Because no matter how high quality a company is and how fast it is growing, it can only be worth so much.