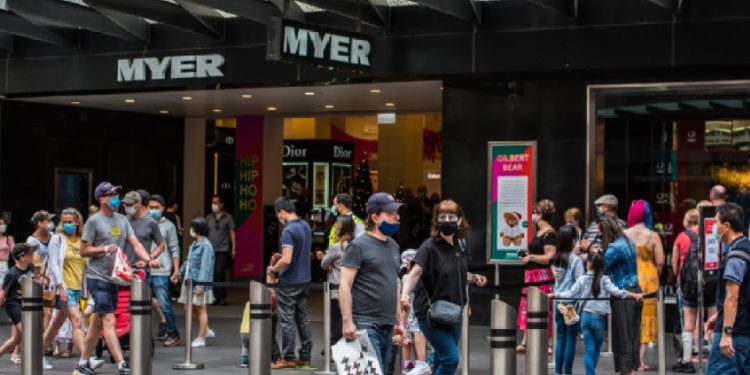 April’s 0.9 per cent jump in retail spending is the fourth consecutive monthly rise in retail turnover this year, according to the Australian Bureau of Statistics.

Spending at supermarkets and other food retailers enjoyed a increase of 1.9 per cent, while turnover cafes, restaurants and takeaway food outlets was up 3.3 per cent, to 19 per cent above pre-pandemic levels.

Part of the reason for the jump was simply price inflation, but Australians also spent more time “travelling, dining out and holding family gatherings” during the April holiday period, according to ABS director of quarterly economy wide statistics Ben James.

“People are getting out and about again, especially frequenting cafes and restaurants.”

The month-on-month climb isn’t as much as the 1.6 to 1.8 per cent rises seen from January to March, and slightly less than consensus expectations, but is up 9.6 per cent from April 2021.

“April was another phenomenal result for retailers overall, with trade boosted by the Easter long weekend when many people got away for holidays – the first real break people had since the beginning of the pandemic, which coincided with a relaxing of domestic border controls and COVID restrictions on businesses,” Australian Retailers Association CEO Paul Zahra said.

Every state and territory except NSW saw an increase in trade in April, compared to March, with turnover rising the most in Queensland, by 1.6 per cent, as public health restrictions eased.

Consumers will face the additional pressure of rising interest rates in coming months after the Reserve Bank of Australia raised the official cash rate in early May, flagging further hikes over the year ahead.