Retired and bored or — worse yet — boring? Try this 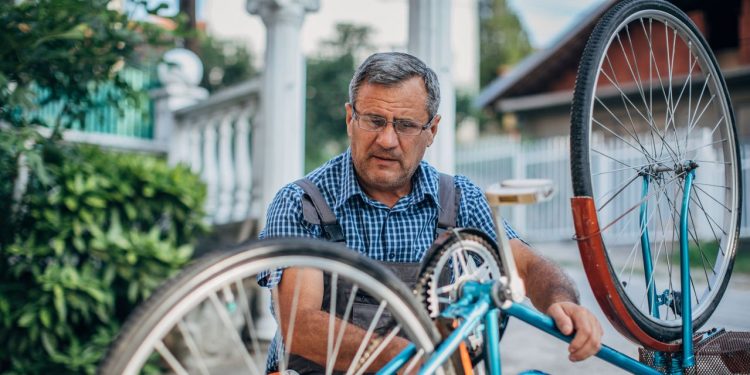 As a journalist who “unretired” in January 2022, now freelancing part time and finding ways to fill the hours the rest of the time, I have two suggestions: Learn a new skill (which could turn into extra income) or pursue a childhood passion for the joy of it.

Retirement is “the perfect time to experiment with things you think would be fun and diverting,” says Kathy Kristof, founder and chief executive of the Sidehusl.com site, which reviews and rates more than 450 online platforms. “You’re in this unique and wonderful period of your life where you can do anything.”

Read: How to thrive in retirement

Learning new skills — which you might not have time for during a career or while raising a family — is good for your brain, too.

Kathleen Coxwell, director of brand and communications at the retirement planning site New Retirement, pointed me to a 2019 University of California-Riverside study proving that. The researchers discovered that people aged 58 to 86 who took three to five classes for three months (such as Spanish, photography and music composition) increased their cognitive abilities to match others 30 years younger.

In my case, after thumbing through an adult-education catalog recently, I signed up for a free introduction to voice-over class from a company called Such a Voice.

Doing voice work is something I’ve long thought might be enjoyable, and podcasting “Friends Talk Money” for the past few years has been good training, I think.

The intro class led me to sign up for six half-hour coaching sessions. When they’re over, who knows? That might be the end of it. Or it might be the start of a side hustle — what Ross Haycock, vice president and financial adviser with Summit Wealth Group in Colorado Springs, Colo., calls “a playcheck.”

But many new retirees have trouble getting themselves to try something new.

“Some people who’ve been working so hard all their lives — when that ends, they don’t know what to do,” says Nancy Schlossberg, 93, author of “Too Young to Be Old: Love, Learn, Work, and Play as You Age.”

Others (men especially) don’t attempt to pick up a new skill because they fear they won’t be good initially.

“A lot of it comes down to the guy’s self-esteem. He doesn’t want to look like a fool in front of others,” says Jeri Sedlar, co-author of “Don’t Retire, Rewire.”

The advice from Sedlar and other retirement experts I interviewed: Get over yourself.

Sedlar calls this daring to be a beginner. Haycock says, “View it as a kind of trial and error, and give yourself permission to fail.”

Nancy Collamer, a semiretirement coach in Bucks County, Pa., is doing that in spades — er, tiles. She’s learning how to play Mahjong (“It’s a lot more challenging than I anticipated!”), taking up painting and planning to try Tai chi or yoga.

Collamer loved going to arts camps as a kid, so she thought it might be fun to try something artistic.

She first signed up for a free GetSetUp online introduction to drawing class. “I was on anonymously; there was nothing on the line,” she says. “It was sort of fun and whet my appetite.”

That led to a mixed-media class, which didn’t grab her. So, Collamer then enrolled in a painting class, which she’s loving. She plans to take another.

Surrounding herself with others learning along with her was comforting for Collamer. “They were really encouraging, which was nice,” she says.

Collamer doubts she’ll ever sell her paintings, but that’s not her goal. “The most that I would aim for would be to get good enough to have something I could proudly hang on my own wall or perhaps give as a gift,” she says.

Talking with her reminded me of the Van Gogh quote: “If you hear a voice within you say ‘You cannot paint,’ then by all means paint and that voice will be silenced.”

Collamer says plunking down $160 for her first painting course and $180 for art supplies gave her added incentive to stick with it. “I think when everything is totally free, it’s just too easy to walk away,” she notes.

I agree, though you don’t want to spend too much money, at least not initially.

My virtual voice-over classmates and I were told by the instructor that if we wanted to pursue voice work, the company had a terrific program with one-on-one instruction and voice-over demos to take out for job assignments. But it cost nearly $6,000!

I asked if there was something less costly, and learned I could work with a coach, but no demo, for $595. I signed up.

Two sessions in, I’m having a blast and feeling like I’ll eventually try to score professional voice work.

Online classes aimed at people in the second half of life, like the one I took, are a great way to try picking up a skill and socializing. Two organizations offering them: GetSetUp (a Collamer favorite) and Osher Lifelong Learning Institutes or OLLI (Sedlar’s a fan).

You can search online for classes nearby, too. That’s how Collamer found her first art class.

Alternatively, you might want to revert to your childhood.

Serial retiree Bruce Hiland, co-author of “Retiring?: Your Next Chapter Is About Much More Than Money,” told me he loved woodworking as a kid. So, when he retired — the first time — in his early 50s, he decided to design and build a porch swing for his Cornwall, Vt. farm.

“With occasional coaching from our friendly craftsmen, I did just that — from the drawing board to selecting local oak stock at the lumberyard to the cutting, shaping and, finally, assembly and finishing in our cellar,” he recalls. “It came out gorgeous and solid, and still hangs on that porch today, 30+ years later. I can still feel the satisfaction.”

Sabrina Roblin, a life coach with Life Reinspired in Hailey, Idaho, took the advice she gives her clients and created an autobiography in 10-year increments looking for patterns revealing passions. Sedlar calls this kind of exploration “being like an archaeologist.”

Says Roblin: “I found that making music was present in every one of those milestones. And I had put that on the shelf to raise my son and be in my career,” leading training programs and doing product marketing.

In retirement, however, Roblin had the time to return to that love.

Coxwell suggests finding ways to take a childhood passion and tweak it. “If you loved bike riding as a kid, you could organize a back roads bicycle tour,” she says.

Sedlar has one more reason to learn a skill or pursue a passion in retirement: It keeps you from being boring. “You get boring and then people don’t want to be around you,” she says.

And who wants that?