Return of Kakadu land not just symbolic for traditional owners 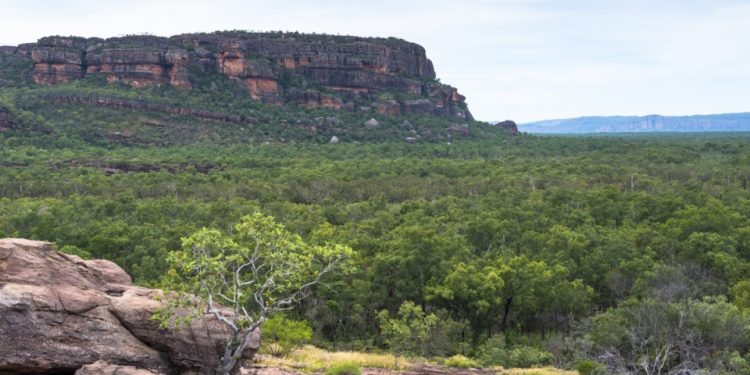 The return of nearly half of Kakadu National Park to traditional owners isn’t just symbolic, it’s set to create hundreds of business opportunities for Aboriginal people.

The massive land settlement that has taken more than 30 years means almost all of the world heritage-listed park is now under Indigenous ownership.

“Aboriginal people share a special connection with all of our lands,” Minister for Indigenous Australians Ken Wyatt said at a moving ceremony on Thursday.

“We have lived on and looked after and continuously travelled through it for over 65,000 years.”

The four land claims totalling 9733 square kilometres in Kakadu are expected to help traditional owners “engage in the opportunities that only this very special area of land can present to them”.

“This move empowers Aboriginal Territorians to use their land for their future,” the minister said.

The significance of today cannot be overstated. Almost 50% of Kakadu land has been returned to the Kakadu Aboriginal Land Trust.

The handback finalises some claims going back more than 30 years – I thank the Traditional Owners & communities for their patience & determination. pic.twitter.com/0w3K4BSLUP

“it’s not just symbolic. It’s the future for our families here in Kakadu into the future,” he said.

“Our grandchildren will be able to work on our country, their land. It’s major. It will open doors.”

The handback also recognises the Aboriginal people of Kakadu’s deep connection to their ancestral lands.

“It has been a long hard road since land rights first came in,” Murrumburr elder Violet Lawson said through a translator.

“But the whole thing finally arrived. We are so happy.”

Under the deal, traditional owners will immediately lease the land back to the director of National Parks and jointly manage the vast park in partnership with the government.

Northern Land Council Chairman Samuel Bush-Blanasi said it would lead to a better relationship between the two.

He was referring to an ongoing court battle over Gunlom – a cascading waterfall that appeared in the movie Crocodile Dundee – which remains closed, amid allegations Parks Australia illegally disturbed a sacred site.

“That’s the most important thing, a good relationship,” he said.