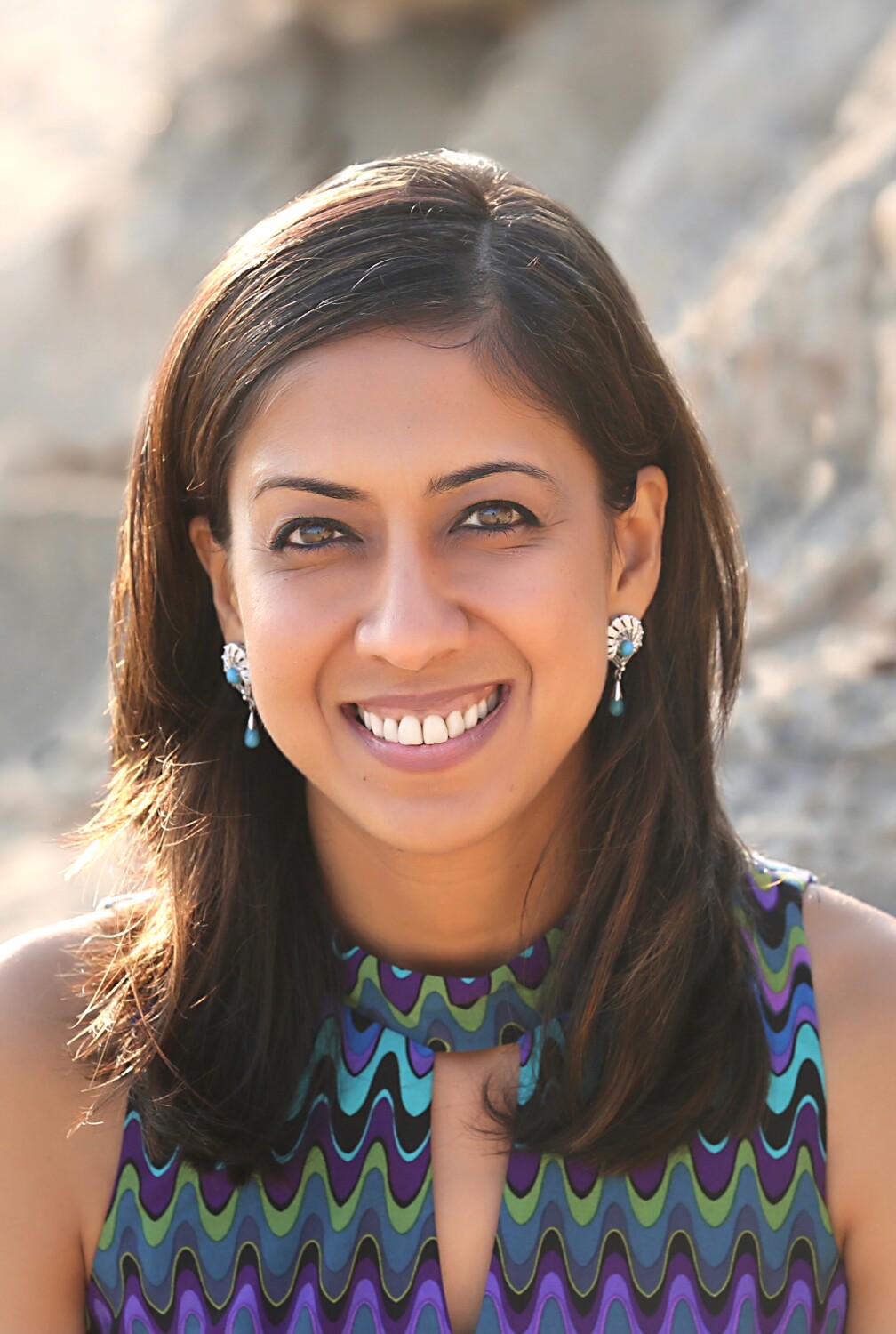 Two decades ago, Jhumpa Lahiri began writing stories that felt like a revelation of the South Asian American experience, but her work represented only an opening — and a narrow one. Since then, this blossoming literary subgenre has rightly evolved beyond Lahiri’s Ivy League-educated Bengali Brahmin characters to make space for more marginalized members of her immigrant cohort.

Namrata Poddar’s “Border Less” attempts to advance that evolution for a new generation of immigrants and their children, for whom South Asia and the United States aren’t diametrically opposed but rather interconnected through mutual exchange. The result is a strenuous effort, at times urgent and revealing but ultimately showing the limits of Poddar’s ambition to give everyone a voice.

Poddar’s debut novel loosely follows Dia, a 20-something Hindu Indian woman who toils at a Mumbai call center while secretly dreaming of fulfilling her Bollywood dreams and moving to the United States for business school. She resolves phone complaints from ungrateful American customers in record time while taking dance lessons on the side, caring for a sick parent and courting a forbidden Muslim lover, Aziz.

“She wanted a life with freedom of choice, including the pursuit of happiness, that classic American ideal, and the freedom to choose seldom came with an empty wallet,” Poddar writes. Dia’s quest ultimately brings her to Los Angeles and its surrounding communities: Long Beach, Temecula and Manhattan Beach.

At its core, “Border Less” is a glimpse into contemporary, cosmopolitan India and its diaspora, which, true to the title, feel boundless. Mindful of the human habit of overlaying new places on remembered landscapes, Poddar frequently describes Southern California against the backdrop of India: Huntington Beach compared to Mumbai’s Juhu Beach; SoCal-style jasmine tea contrasted with Assam tea; and the “multicultural spirit of coastal California” a reminder of her native city’s ethnic mix.

The reverse, however, is equally true: American culture has trickled into modern-day India, bridging the gap between countries that felt irreconcilable in earlier work by not just Lahiri but Chitra Banerjee Divakaruni, Tanuja Desai Hidier and others. In “Border Less,” Panda Express and Chipotle fleck the terminals of renovated airports; young couples enjoy dates at megamalls built on the vestiges of dilapidated cotton mills; and billboards for Italian luxury brands and Swedish vodka light up superhighways.

Poddar fashions a montage of scenes spanning both modern megalopolises, each focused on a different perspective. “Cosmopolitan. That’s a word Dia recognized from ‘Sex and the City,’ which she loved watching on cable,” Poddar writes, underscoring the cultural diffusion that permeates her slim debut.

Billed as a novel, “Border Less” reads more like a linked short-story collection, each chapter a window into a different character’s life and social position. The book’s two halves, “Roots” and “Routes,” respectively explore Dia’s India and her immigrant California, adding in the perspectives of relatives and friends. It is along some of the more minor tangents that Poddar stumbles; stories glimpsing the lives of servants, patriarchs and a fourth-generation Indo-African woman who feels isolated from her second-generation Indian American husband add little to the plot and disappear without a trace. They can also feel heavy-handed, as in the coming-out story of a lesbian Gujarati daughter, which reads like an obligatory inclusion of questionable relevance.

The feeling of checking boxes runs deeper than that. The term “American” remains frustratingly vague throughout “Border Less” — echoing Lahiri’s oeuvre, in which American implies white. Dia’s daughter, Taarini, is never described as American despite being SoCal-born and raised, while her husband, Carlos, immediately becomes her “American husband.” He too soon fades away.

Furthermore, the trope of a scandalous Hindu-Muslim love affair feels tired at best, and Dia’s boyfriend, Aziz, vanishes after the first chapter while she ultimately marries a Hindu man from a conservative family. Multiple allusions to Orientalist mystique punctuate the book in distracting ways, as when Poddar describes Dia dancing: “She undulated her limbs and her torso like a cobra hypnotized to the swirl of a snake charmer’s flute.”

Poddar experiments with writing in Indian English slang, sprinkling in Hindi colloquialisms like “bhunkuss” (“nonsense”), “kadkaa” (“broke”), and “kasam” (“I swear”). She doesn’t italicize the Hindi, affirming the fluidity of language in conversation and thought. But sometimes the integration feels forced: “Me clearly no Sita,” Dia tells her ailing father early in the novel — alluding to the self-sacrificing female protagonist of the Ramayana. And in a later chapter, Dia’s soon-to-be mother-in-law narrates her thoughts in a limited vernacular that feels unnecessarily stifling.

Poddar’s intentions are made clear in the catalogue copy for “Border Less,” which claims the book “questions the ‘mainstream’ Western novel and its assumptions of good storytelling” by employing “fragmented form, staccato rhythm, repetition, and play with English language.” The claim is true, so far as it goes: The final chapter, “Kundalini,” written as a letter from Shakti, the Hindu embodiment of divine feminine energy, unabashedly confronts the white gatekeepers of BIPOC narratives.

“When you don’t forage for my story in your office’s slush pile, you diversify your staff with a Black managing editor and a brown social media manager,” Poddar writes, arming her narrator with an indictment that is rightfully unapologetic yet feels misplaced. “Kundalini” reads like its own prose-poetry, detached from “Border Less” and oddly assuming a reader who works in book publishing. “Border Less” is being published by a small independent press, which undoubtedly grants Poddar the freedom to experiment. Nevertheless, she might have been soundly advised to save this essay for another forum.

In such instances the novel-as-collage, by pointing to itself, fails to justify the experiment. But in a larger sense (and when better employed), Poddar’s scattered storytelling is arguably a matter of form meeting function, a necessary tool to uncover the fragmented realism of modern-day Mumbai and the mishmash cities, including Los Angeles, that house its diaspora. In its tangle of “Roots” and “Routes” — its complementary halves — Poddar’s debut sheds light on the inextricable networks that make up cosmopolitan India, its California spinoffs and the cyclical, multigenerational journey from there to here and back again.

Venkataramanan is an M.Phil. candidate in English literature at the University of Cambridge, where she is a Gates Cambridge Scholar.