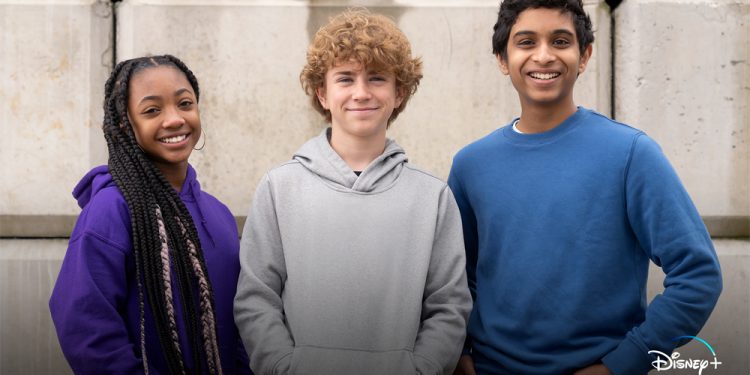 Rick Riordan, author of the popular YA adventure novel series Percy Jackson and the Olympians, is speaking out amid backlash in casting one of his characters in Disney+’s upcoming series adaptation.

In a blog post Tuesday, Riordan criticized those “who have a problem with the casting of Leah Jeffries as Annabeth Chase,” saying “It’s a shame such posts need to be written, but they do.”

Jeffries, whose credits include Empire, was cast last week along with Aryan Simhadri to to star alongside Walker Scobell who will play Percy Jackson in the 20th Television-produced series. Simhadri and Jeffries will play Percy’s friends Grover and Annabeth, respectively. Production is starting soon in Vancouver.

In the book series, Annabeth is a true daughter of the Greek goddess Athena, a brilliant strategist with an active and curious mind. After having spent the last five years at Camp Half-Blood, she longs to test her mettle in the human world, of which she barely remembers. She trains Percy to survive the mythological world, and in turn, he helps her connect with her humanity. She is also portrayed in the books as white.

“I have been clear, as the author, that I was looking for the best actors to inhabit and bring to life the personalities of these characters, and that physical appearance was secondary for me,” Riordan wrote. “We did that. We took a year to do this process thoroughly and find the best of the best. This trio is the best. Leah Jeffries is Annabeth Chase.”

He added: “You are judging her appropriateness for this role solely and exclusively on how she looks. She is a Black girl playing someone who was described in the books as white.

“Friends, that is racism.”

He also called it bullying, saying, “Whatever else you take from this post, we should be able to agree that bullying and harassing a child online is inexcusably wrong. As strong as Leah is, as much as we have discussed the potential for this kind of reaction and the intense pressure this role will bring, the negative comments she has received online are out of line. They need to stop. Now.”

Riordan said the production followed Disney’s company policy on nondiscrimination, and that the casting process “was long, intense, massive and exhaustive.”

“The core message of Percy Jackson has always been that difference is strength,” he wrote. “There is power in plurality. The things that distinguish us from one another are often our marks of individual greatness. You should never judge someone by how well they fit your preconceived notions. That neurodivergent kid who has failed out of six schools, for instance, may well be the son of Poseidon. Anyone can be a hero.

“If you don’t get that, if you’re still upset about the casting of this marvelous trio, then it doesn’t matter how many times you have read the books. You didn’t learn anything from them.”

Based on the best-selling book series, Percy Jackson and the Olympians tells the story of a 12-year-old modern demigod, Percy Jackson (Scobell), who’s just coming to terms with his newfound divine powers when the sky god Zeus accuses him of stealing his master lightning bolt. With help from his friends Grover (Simhadri) and Annabeth (Jeffries), Percy must embark on an adventure of a lifetime to find it and restore order to Olympus.