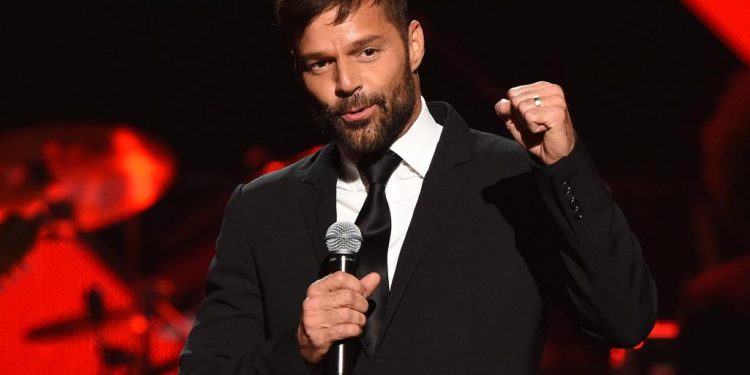 The order was signed Friday, and police visited a wealthy neighborhood in the town of Dorado, where the 50-year-old singer lives, to attempt to serve the order, according to police spokesman Axel Valencia.

“Up until now, police haven’t been able to find him,” Valencia said.

It was not immediately known who asked for the restraining order, and police said he could not disclose details on the matter because the order was filed under Puerto Rico’s domestic violence law.

El Vocero, a Puerto Rico newspaper, reported Saturday that the order states that Martin and the other person dated for seven months. The outlet quotes the order as saying they broke up two months ago — but that the petitioner alleges Martin did not accept the separation, and has loitered near the petitioner’s home at least three times.

“The petitioner fears for his safety,” El Vocero quoted the order as saying.

Valencia said that the order bars the “Livin’ la Vida Loca” singer from contacting or calling the person who filed it, and that a judge will later decide during a hearing if the order should stay in place or be lifted.

Valencia noted that the person who filed for the restraining order did not contact police, which would have involved prosecutors determining if there was enough evidence to file charges. Instead, the request went directly to the court.

Martin’s representatives have denied the claims.

“The allegations against Ricky Martin that lead to a protection order are completely false and fabricated,” his spokesperson told The Post on Sunday. “We are very confident that when the true facts come out in this matter, our client Ricky Martin will be fully vindicated.”

The news comes after Martin was slapped last week with a $3 million lawsuit from his ex-manager Rebecca Drucker for unpaid commissions.

“Martin completely and maliciously refused to pay Rebecca the millions of dollars in commissions that he owes her under their management agreement,” reads part of the 15-page suit filed Wednesday.

Start your day with all you need to know

In a newly released documentary, though no specifics allegations are made against Martin, members of his former boy band, Menudo, alleged they were subject to sexual abuse, bullying, along with oppressive working conditions, and were exposed to drugs at a young age.

But Martin — who is not interviewed in four-part HBO Max docuseries “Menudo: Forever Young” — made life difficult for fellow members, according to Sergio Blass, who was part of the group from 1986 to 1990.

“To be with Ricky was brutal because he had seniority over me,” Blass said. “So if someone knocked on the door, I had to open it. If the phone rang, I had to pick it up. I was like his housewife.”