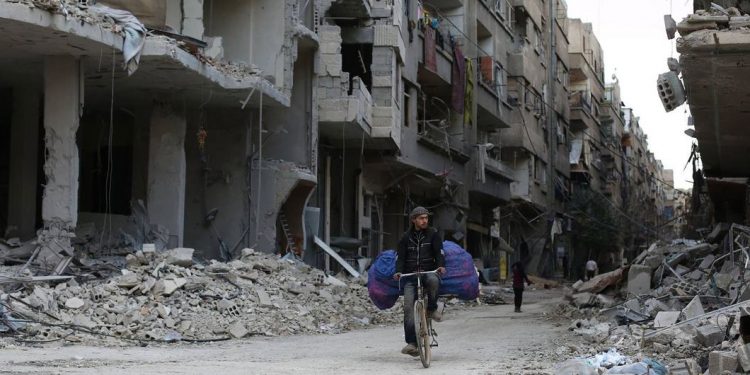 
“The scale of this tragedy is daunting, with people going missing in different contexts, such as during hostilities, displacement or in detention. All too often, this is connected with a range of human rights violations and abuses,” she saidspeaking via videolink from Geneva.

“Men and women, as well as children, including boys as young as 11, have suffered sexual violence while in detention.”

Ms. Bachelet told ambassadors that despite the tireless work of victim’s and survivor’s groups, as well as civil society, the current status of these persons remains unknown.

Some were forcibly disappeared, abducted or arbitrarily detained.

She also spoke of the pain experienced by their familieswho should also be seen as victims.

“It is urgent that they are informed of the fate and whereabouts of their loved ones and be allowed to visit or communicate with them,” she said.

The impact on women relatives, as well as children, has been particularly severe.

Women have been forced to become the sole breadwinner for their families while carrying out “the often terrifying and demoralizing” search for their loved ones.

“Many are unable to sustain basic livelihoods, access their property, civil documentation, bank accounts, or access inheritance due in part to persisting discriminatory laws and practices pre-dating the conflict,” said Ms. Bachelet.

Furthermore, many women also have to fight for guardianship of their own children, often without social support and in the face of wider community stigmatization.

Families also face other obstacles and abuses that only add to their trauma, the UN rights chief said.

They include fear of reprisal when reporting cases, extortionor bribesas well as a “horrific” black market of forged and fake reports of detention and interrogation.

Give victims a voice

The High Commissioner’s Office, OHCHRis preparing a report on the issue of missing persons in Syria and is committed to ensuring victims and their families have a voice in any solutions.

“Families’ views must inform any option designed to address this issue, and their active participation must be recognized,” said Ms. Bachelet.

“Not only are they the most affected; but their voice is crucial to identifying the needs of their families and the communities impacted by this tragedy, including financial and psycho-social support.”

OHCHR also wants to ensure the gendered impact of missing persons is also taken into considerationand women’s perspectives on the issue are essential, she added.

Ms. Bachelet said Governments can also “powerfully contribute” towards action on the issue, and her office has sought their inputs.

She stressed however, that the process for preparing the report is not an end in itself.

“It is essential that the international community respond to the magnitude and horror of the violations and crimes committed in Syria with concrete action to more strongly uphold human rights, human dignity and justice,” she said.