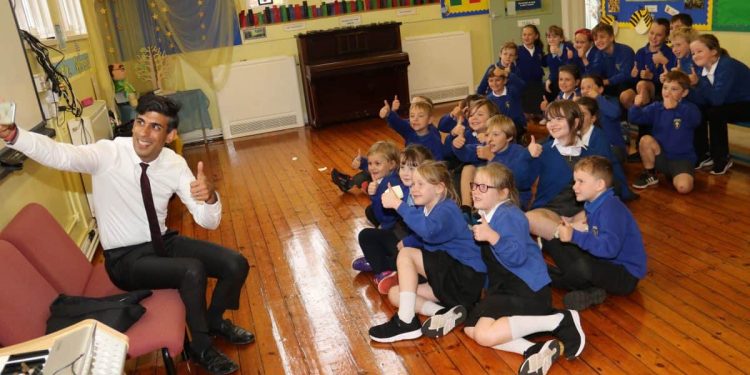 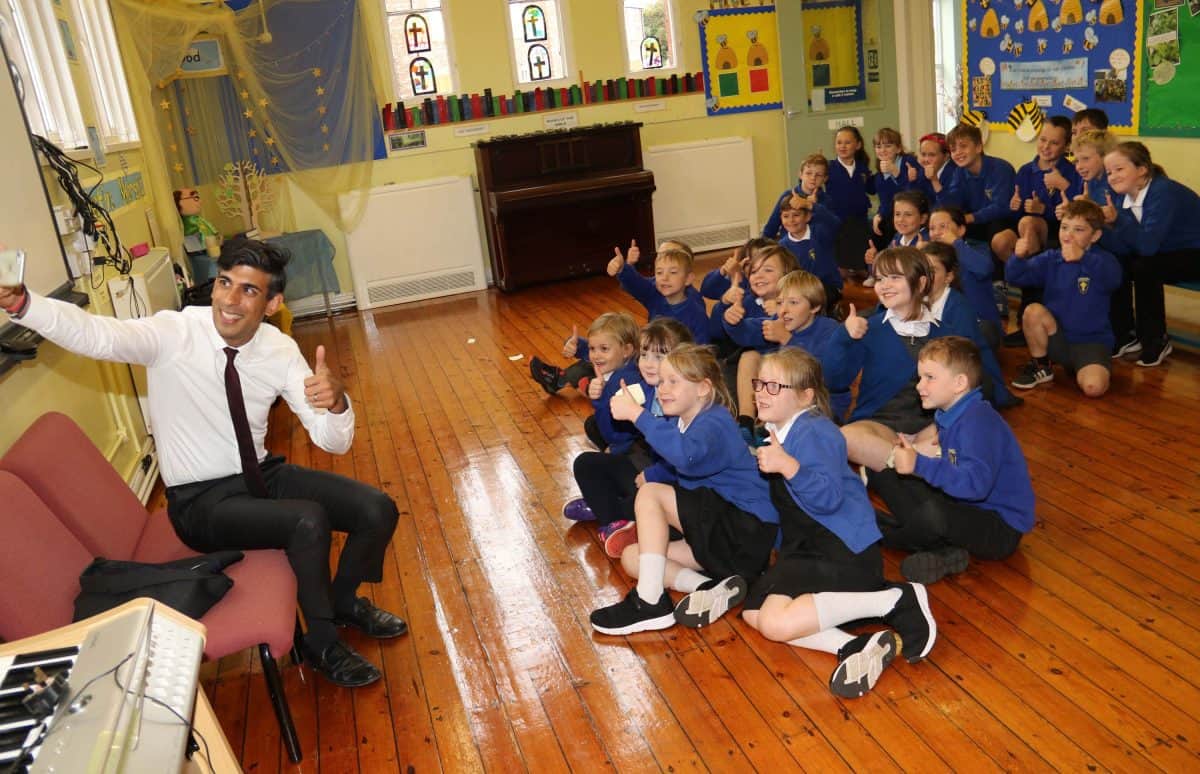 Rishi Sunak has donated more than £100,000 to his old boarding school, one of the most expensive in the country.

According to Sky NewsSunak has continued to hand cash to Winchester College – where he was head boy – since becoming chancellor.

The money reportedly funds bursaries for children whose parents would otherwise not be able to afford the fees, which are £43,335 a year – or £14,445 a term.

Sunak is listed in the latest edition of the school magazine, alongside mega-rich wife Akshata Murthy, as “Wykeham benefactors” – individuals “whose total donations to Winchester College (including pledges) are greater than £100,000”.

A spokeswoman for Sunak told the broadcaster: “Rishi and his wife have donated to numerous charities and philanthropic causes for many years and will continue to do so.

“These donations are made to help fund scholarships for children who would not otherwise have the opportunity to go to Winchester.”

The chancellor recently said that he was “really lucky” to go to Winchester, claiming that it “was really extraordinary” and “certainly put my life on a different trajectory”.

He told Sky News: “As I said, it’s part of the reason I’m sitting here and I’m really grateful to have had that opportunity.

“And I look back on that time. It’s helped make me who I am as a person, and it helps me do the job in the way that I do it.

“And it confirms to me that education is one of the best tools at our disposal in politics to spread opportunity.”

The news comes amid questions about the size of the state school budget, which increased in Sunak’s autumn spending review.

But, according to the Institute for Fiscal Studies (IFS): “The 2021 spending review included an extra £4.4 billion for the schools budget in 2024 as compared with previous plans.

“When combined with existing plans, we project that spending per pupil in 2024 will be at about the same level as in 2010.

“Whilst this will reverse past cuts, it will mean 15 years with no overall growth in spending.

“This squeeze on school resources is effectively without precedent in post-war UK history.”

According to the IFS, private schools spent almost double per pupil – 92 per cent more – than state schools in 2020-21.

Sunak has been under scrutiny as the cost-of-living crisis bites Brits. The chancellor is a millionaire in his own right, while his wife is the daughter of billionaire NR Narayana Murthy.