By Hugo Duncan for the Daily Mail

Households and businesses face higher borrowing costs following a dramatic change of tone at the Bank of England as it battles to control rising prices.

He warned action might be required as soon as next month to put a lid on the cost of living and return inflation to its 2 per cent target. 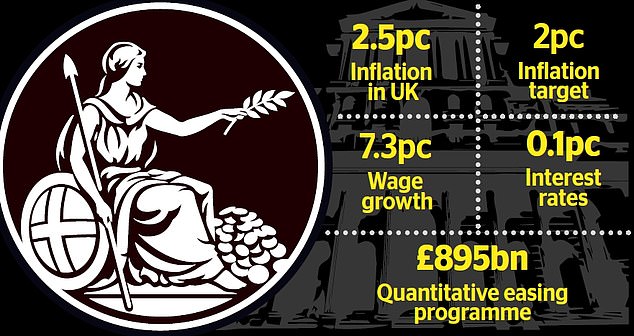 Rising prices: The bank of England has warned households and businesses face higher borrowing costs as it battles to keep a lid on inflation

The comments came less than 24 hours after Bank deputy governor Sir Dave Ramsden also said emergency support could be withdrawn earlier than previously thought as inflation heads towards 4 per cent.

The twin warnings mark a significant shift on Threadneedle Street where until now officials have expected inflation to peak around 3 per cent before falling back to target.

But in a sign that a debate is raging at the central bank over what to do, Governor Andrew Bailey insisted it would first ‘assess’ the inflation data for things that could be ‘transitory’ before taking action. 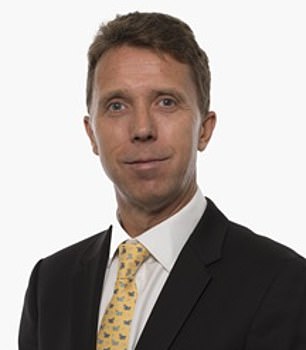 This was followed yesterday by another report from the Office for National Statistics showing wages rising by 7.3 per cent in the year to May – the biggest increase since records began in 2000.

With pressure mounting on the Bank to act, experts said it could end quantitative easing (QE) as soon as next month rather than in December and follow this up with an interest rate rise next year.

At last month’s Monetary Policy Committee meeting both Ramsden and Saunders voted against an interest rate rise and changes to the Bank’s bond purchasing programme.

But Kallum Pickering, an economist at Berenberg, said rates could rise before August 2022 – well ahead of City expectations for no such move until 2023.

An end to QE and higher interest rates would push up the cost of borrowing for homes, businesses and the government, which is grappling with a towering £2 trillion debt pile.

In a warning shot to borrowers, Saunders said: ‘It may become appropriate fairly soon to withdraw some of the current monetary stimulus in order to return inflation to the 2 per cent target on a sustained basis.’ 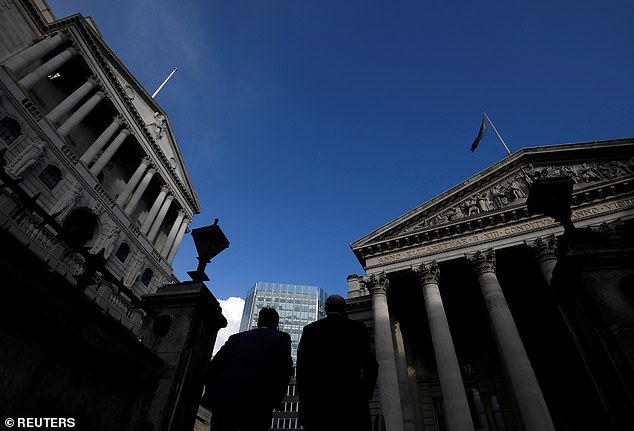 The Bank of England cut interest rates to a record low of 0.1 per cent as the pandemic struck and tipped Britain into the deepest recession since the Great Frost of 1709

The comments echoed the earlier warning from Ramsden, who said: ‘I wouldn’t be surprised to see the inflation rate potentially rising as high as 4 per cent for a period later this year.’

The Bank cut interest rates to a record low of 0.1 per cent as the pandemic struck and tipped Britain into the deepest recession since the Great Frost of 1709.

It also relaunched QE, saying it would buy government debt until the total amount of assets purchased under the programme reached £895billion in December.

Economist Simon French, of Panmure Gordon, said: ‘The comments from Saunders and Ramsden signal a dramatic shift from the MPC.

‘Having expected the Bank to keep buying the Government’s debt to the end of the year, that policy is now in doubt.’

ALEX BRUMMER: Morrisons and Ultra should learn from Astrazeneca

Tell us: what will you never spend money on again? | Money

Former Street Dog Can’t Get Enough Of His First Toy