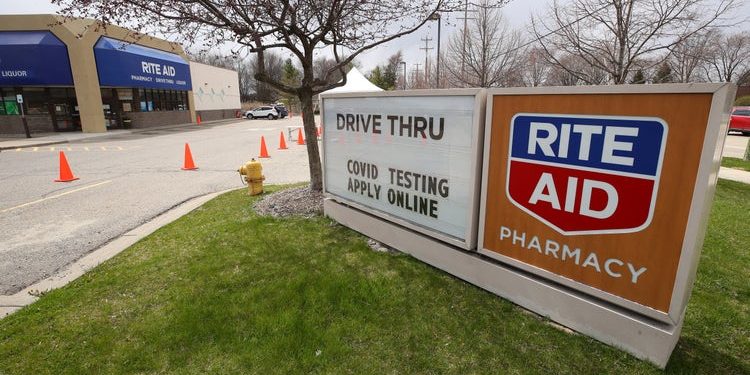 
Rite Aid (NYSE:RAD) is a legacy brand attempting to turn a new leaf after decades of varied calamities. RAD’s history is an exhilarating case study in the rise and fall of a once great American company, worthy of its own Netflix series. To say they have been struggling the past few decades is no stretch.

The stock price reached an all-time high in 1999, and currently sits 99.04% lower. So what happened in between?

The full history is not the scope of this article, but the rough timeline helps to provide some context into what RAD currently looks like.

Share price reached an all-time high, followed by an accounting scandal rocking the company, that led to six executives being charged and the former CEO subsequently sentenced to 8 years in prison.

Shareholders overwhelmingly approved an acquisition of Eckerd and Brooks that would make RAD the third largest pharmacy chain behind CVS (CVS) and Walgreens (WBA). The acquisition ended up not as profitable as expected, then the financial crisis hit soon after.

RAD suffered greatly during the crisis. They were unprofitable from 2008-2011, losing over 5 billion during that time frame.

The initial merger deal fails along the way, and finally RAD agrees to sell 1,932 stores to WBA for 4.4 billion. In the same year, Albertsons (ACI) was set to merge the remaining RAD stores for 24 billion but that deal quickly fell through.

The company now brands itself as a standalone healthcare company with a retail footprint. After literally decades of struggle, RAD is trying to pivot to a new direction. A new emphasis on PBM (pharmacy benefits manager) services is carried out through subsidiary Elixir.

It’s easy to criticize in hindsight, but if RAD had a decent moat, it could have happily stayed as the number three pharmacy and spent excess FCF on shareholder yield. It couldn’t have turned out any worse for shareholders than what really happened. This industry is very much an oligopoly, and staying as a solid number three could have worked out quite well.

The table below shows returns on capital among peers:

Everyone knows that in a competitive, capitalist system, companies with the highest returns on capital will see those high returns competed down closer to the average. Mean reversion is not an outside force that lifts a troubled company, it still takes management to implement the turnaround on a day-to-day basis. If the top two players in the industry earn only average returns, it doesn’t bode well for RAD which has much lower returns.

The question isn’t whether RAD can return to its former glory, it’s whether they can actually pivot and sustain a new direction. Simply returning to profitability won’t be enough. The company shed half its stores only a few years ago, but recently acquired a smaller, north western pharmacy chain that has an organic/natural emphasis.

This shift can only bring so much in future cash flows, and there is uncertainty around the newest developments in this turnaround story. There can be only so much upside, not to mention the debt/equity remaining very high for years now.

I think the ideal situation is to be satisfied with the retail market share, and use excess FCF to return capital back to shareholders instead of venturing into a new arena. To be clear, RAD is not a horrible company destined for bankruptcy. The brand does have some value at the retail level, its moat should be decent given that the biggest pharmacy chains are rather oligarchic.

Nevertheless, the fact that the company has tried to sell itself multiple times shows that it would be better off as a private company or acquired to consolidate the industry.

RAD only looks cheap considering the price paid for its sales, but there is no reason why it should be trading at similar multiples to higher quality companies in CVS and WBA. These higher quality companies have merely average returns on capital, so what kind of price can really be put on a company that earns far below industry average in an already low-return sector?

While RAD did drop in March 2020, just like everything else did, it was actually cheaper in 2019 than it is today. For those looking for a pop in share price due to low P/S and EV/S, it could happen, but for those looking for higher quality and even decent levels of growth, this is not the stock for you.

The history of RAD is a remarkable case of the rise and fall of a once great company. What matters to investors right now is the future, though. The fundamental growth prospects are low for the retail side of the business, and even if the services segment grows faster than retail, there is still uncertainty and risk attached to it. Even if successful, this turnaround has been going on for years and won’t be finished anytime soon.

RAD is not the stock for a growth investor, and the valuation is not actually so low to justify an attempted deep value play.