Continuing our Best of 2021 Season In Review series, ATPTour.com revisits the biggest rivalries of 2021. Today we feature Stefanos Tsitsipas vs. Alexander Zverev.

Stefanos Tsitsipas entered 2021 with a commanding 5-1 lead in his ATP Head2Head series with Alexander Zverev. But in 2021, the German made inroads against the Greek and narrowed the Greek’s advantage to 6-3.

Zverev won two of their three clashes this year, but Tsitsipas claimed a memorable victory in the third. ATPTour.com looks back at all three matches the rivals played in 2021.

Open Mexican Telcel presented by HSBC, F, Zverev d. Tsitsipas 6-4, 7-6 (3)
Zverev walked on court for the Abierto Mexicano Telcel presentado por HSBC final facing a tough foe in Tsitsipas. Not only was the Greek the top seed, but he had won five consecutive matches against the German, including 10 of their previous 11 sets.

Zverev knew it would be imperative to get off to a quick start. But Tsitsipas came out firing, playing aggressive tennis and painting the lines to surge to a quick lead and earn three chances to go up a double-break in the first set. He appeared well on his way to a sixth straight victory against his rival.

But Zverev, who did not lose a set in the tournament, remained calm and worked his ways into rallies to turn around the match and triumph 6-4, 7-6(3). It marked his first outdoor hard-court title since the 2018 Citi Open and his first trophy of the season.

“I had to fight my way into the match, and I did well to win the first set. In the second set, when I have a chance I need to close it out against these top players because normally they won’t give you a second chance,” Zverev said. “I thought I played extremely well in the tie-break. I’m happy with how it went.”

Roland Garros, SF, Tsitsipas d. Zverev 6-3, 6-3, 4-6, 4-6, 6-3
Not every match in a rivalry is a classic, but this year’s Roland Garros semi-final between Tsitsipas and Zverev was a meeting neither man will soon forget.

Tsitsipas, who had just beaten another of his rivals, Daniil Medvedev, was pushing for a place in his first major final. Zverev had recently claimed his second Mutua Madrid Open title and was keen to advance to his second championship match at a Slam. The stakes had never been higher in their rivalry.

Despite his slip in Acapulco, Tsitsipas eased to a two-set lead. But Zverev took advantage of a small lapse at the start of the third set and in a flash he had a 0/40 advantage on Tsitsipas’ serve in the first game of the fifth set. A break in that moment could have been a backbreaker — especially mentally — for the 2019 Nitto ATP Finals champion. But Tsitsipas still believed, clawed back to hold his serve and wrestled back the momentum to emerge victorious 6-3, 6-3, 4-6, 4-6, 6-3. After the match, he was clearly emotional.

“I felt the crowd with me, they were cheering me and giving me their energy. I still felt that there was hope and a chance to fight back,” Tsitsipas said. “The only thing I could do is fight. It was very emotional and this wins means a lot. It’s the most important one of my career so far.”

In his first major final, Tsitsipas took a two-set lead against Novak Djokovic before succumbing in five sets. 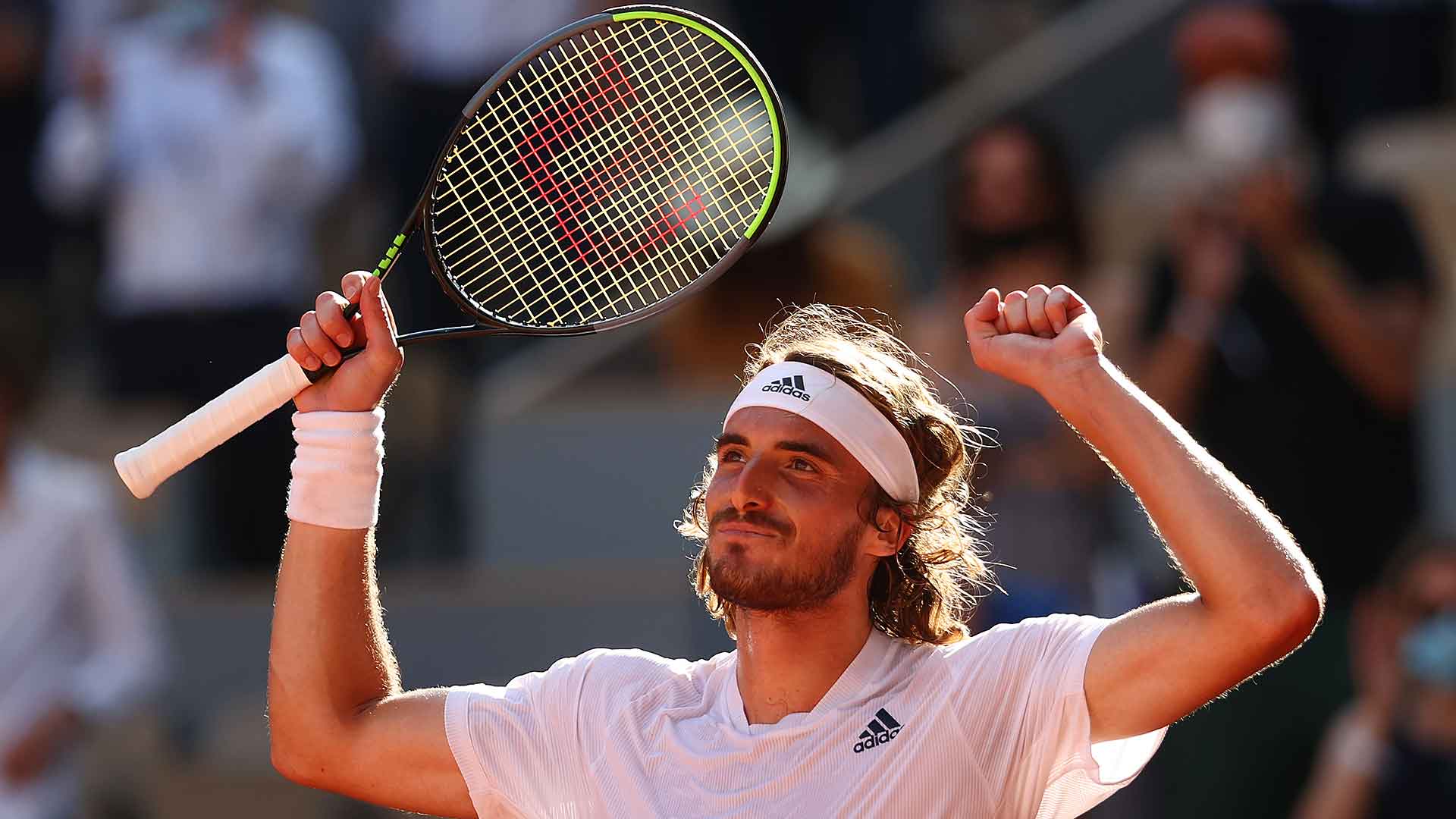 Photo Credit: Julian Finney/Getty Images
Western & Southern Open, SF, Zverev d. Tsitsipas 6-4, 3-6, 7-6 (4)
Zverev was as confident as ever ahead of the Cincinnati semi-finals following his gold medal win at the Tokyo Olympics. Carrying a nine-match winning streak, the German was feeling good at the ATP Masters 1000 event.

But in a match that featured its share of interesting moments, he had to dig deep to earn another win against Tsitsipas. Zverev was at his aggressive best to take the first set, and the German immediately broke to start the second set.

The Greek turned the match around with his powerful game and won the second set before sprinting to a 4-1 lead in the decider. When Zverev briefly walked into the tunnel after appearing ill, Tsitsipas looked in control. But Sascha recovered physically to triumph 6-4, 3-6, 7-6(4) and he would defeat Andrey Rublev for his fifth Masters 1000 crown.

“I didn’t feel well,” Zverev said. “In the middle of the second set I felt low energy and my stomach wasn’t great. I broke him at 4-2 in the third and went outside the court and did my thing. I started to feel better, the doctor came out and gave me a little medicine and my stomach started to calm down a little. The energy came back but I think that was also adrenaline.”

Chelsea: Manager Thomas Tuchel says their recent form looks ‘horrible’ due to the high standards expected at the club