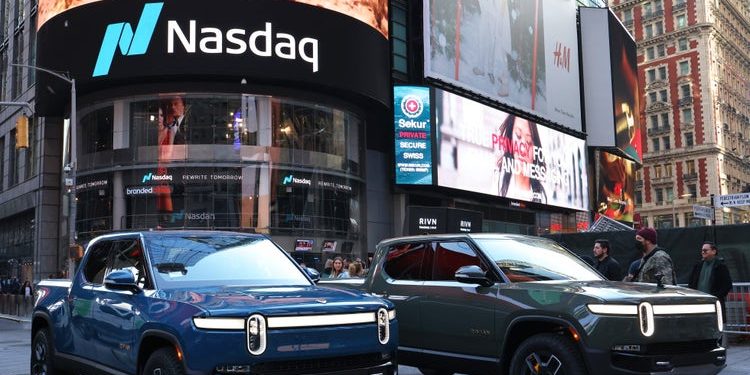 
We counsel investors to take care not to be cut by falling knives – stocks that have seen steep declines but still have further to fall. As the market rotates away from high-flying growth names to more stable cash generators, investors need reliable fundamental research, more than ever, to protect their portfolios from falling knives.

We continue to post an exceptional hit rate on spotting overvalued stocks. Currently, 62 out of our 65 Danger Zone stock picks are down from their 52-week highs by more than the S&P 500. Figure 1 lists the open Danger Zone picks that are down at least 40% from their 52-week highs. Our Focus List Stocks: Short Model Portfolio, the best-of-the-best of our Danger Zone picks, outperformed the S&P 500 as a short portfolio by 36% in 2021 with 29 out of our 31 picks outperforming the index.

We put Rivian Automotive in the Danger Zone in October 2021 prior to its IPO. Since the opening price on IPO date, the stock is down 46% while the S&P 500 is down just 5%, and Rivian’s shares could fall another 82%. We detail Rivian’s competitive disadvantages, mounting competition, and additional challenges facing the firm in our original report.

We use our reverse discounted cash flow model to provide more clear, mathematical evidence that Rivian’s valuation is too high and offers unattractive risk/reward.

To justify its current price of $60/share, Rivian must:

In this scenario, Rivian would generate $81 billion in revenue in fiscal 2030, which is 171%, 61%, and 60% of Tesla’s (TSLA), General Motors’ (GM) and Ford’s (F) TTM revenue, respectively. This implied revenue is also used to calculate the implied vehicle sales below.

Optimistically assuming a starting price of $70,000 for its R1S as its average selling price (ASP), Rivian’s current valuation implies the company will sell 1.2 million vehicles in 2030, or 4% of the projected global EV passenger vehicle market in 2030. For reference, Honda (HMC) sold 1.5 million vehicles in the U.S. in 2021.

We think it is unlikely that Rivian will sell such a high volume of vehicles at a $70,000 ASP, and the implied vehicle sales based on lower ASPs look even more impractical.

Rivian’s valuation IPO valuation implies that, in 2030, it will sell the following number of vehicles based on different ASPs:

If Rivian achieves those EV sales, the implied market share for the company would be the following (assuming global passenger EV sales reach 25.8 million in 2030, the base case projection from the IEA):

82% Downside Even if Rivian Grows at 7x Industry Expectations

We review an additional DCF scenario to highlight the downside risk even if Rivian’s revenue grows seven times faster than the expected industry growth rate, given that it is starting from essentially $0 revenue.

If we assume Rivian:

Based on our reverse DCF model, if the company cannot achieve at least seven times the expected industry growth rate, the downside could be as much as 100%.

Figure 2 compares Rivian’s historical NOPAT to the NOPAT implied by each of the above DCF scenarios. For additional context, we show Tesla’s, Stellantis’ (STLA), and Ford’s TTM NOPAT. Notably, Toyota, General Motor’s, and Honda’s TTM NOPAT are off the chart and therefore excluded from Figure 2.

The two scenarios above assume Rivian grows revenue, NOPAT, and FCF without increasing working capital or fixed assets. This assumption is highly unlikely, especially given Rivian will need additional manufacturing plants to reach the production levels implied by its valuation However, such “no growth” assumptions create best-case scenarios that demonstrate the level of expectations embedded in the current valuation.

2022 has quickly shown investors that fundamentals matter and stocks don’t only go up. With a better grasp on fundamentals, investors have a better sense of when to buy and sell – and – know how much risk they take when they own a stock at certain levels. Without reliable fundamental research, investors have no way of gauging whether a stock is expensive or cheap.

This article originally published on January 31, 2022.