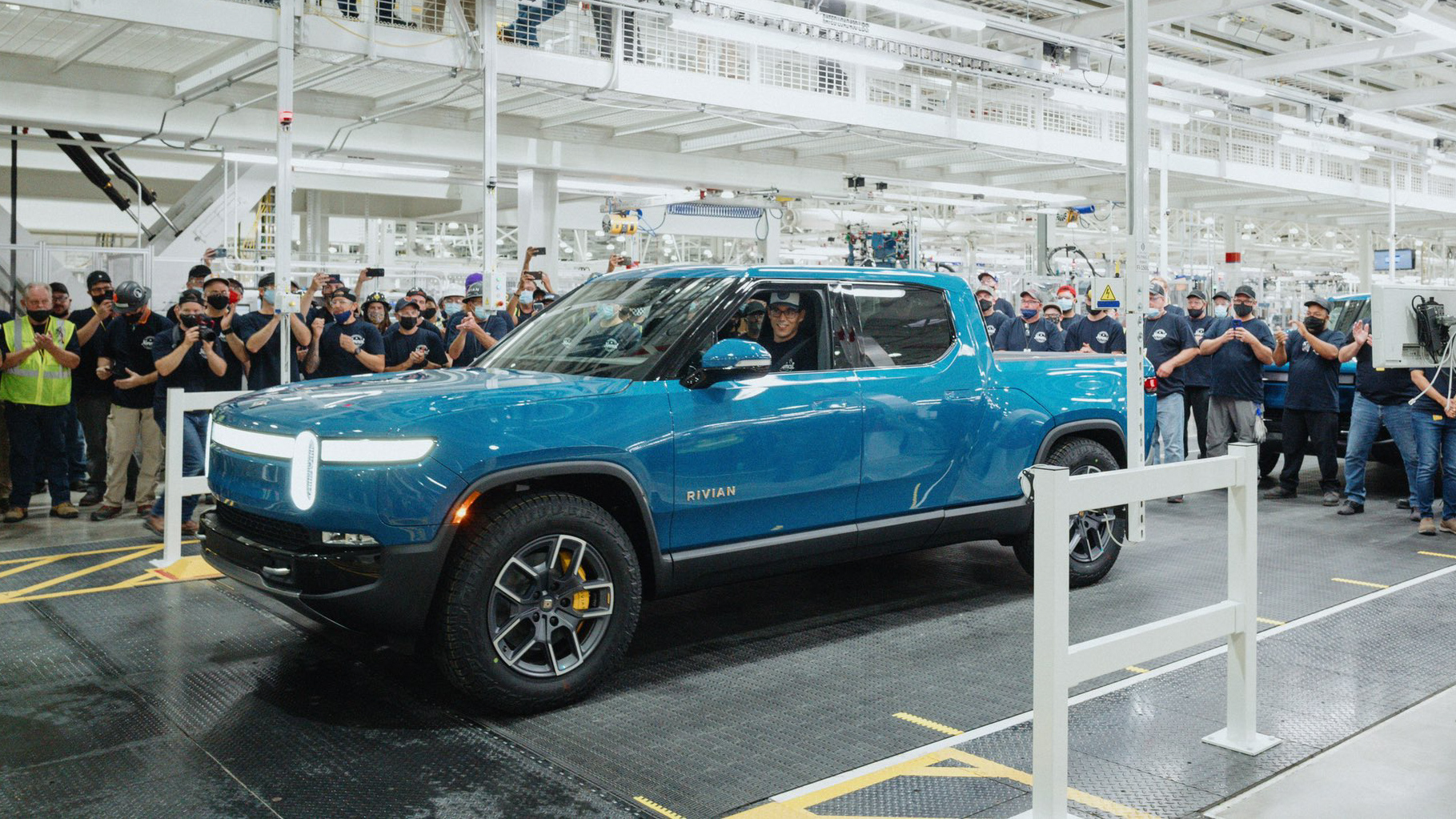 While it’s still unclear how quickly the company will be able to ramp up building the pre-ordered trucks and SUVs it has on the books, the fact it’s in production at all is a significant step forward.

Rivian beat General Motors, Tesla, and others to market with its electric R1T pickup. Still, the R1T won’t have the market to itself for long, making the news that production is starting all the more critical for Rivian.

Even Ford, who has invested hundreds of millions of dollars in Rivian, won’t release the F-150 Lightning electric truck until sometime in 2022, but is sure to make waves when it does.

After months of building pre-production vehicles, this morning our first customer vehicle drove off our production line in Normal! Our team’s collective efforts have made this moment possible. Can’t wait to get these into the hands of our customers! pic.twitter.com/8ZidwTaXRISeptember 14, 2021

Analysis: the benefit of being first

Rivian, as Tesla did before it, has the benefit of being first, so it will be interesting to see how buyers and other automakers react.

Despite having a novel, attractive product, Rivian does not have the decades of manufacturing and supply chain management experience that Ford and General Motors do, so the ball is in Rivian’s court on whether or not it can hold its own.

It will also be entertaining to see how the R1T influences future electric pickup trucks. Some of the choices automakers make today are in place because Tesla hit the market first with a feature or service and now buyers expect them.

Large infotainment screens are probably the most prominent example of this trend. Rivian’s truck and SUV both feature clever designs with surprising and useful features, so there’s no telling what second-generation electric trucks will look like down the road.