RMT, the union at the heart of the industrial dispute that has brought the rail network to a halt today, has accused ministers of malignly influencing the negotiations to end the strikes.

A second day of strikes by members of the Rail, Maritime and Transport union (RMT), which represents Network Rail and thirteen further train service providers, is being held on Thursday. A further day of action is planned on Saturday if further talks fail to produce a deal for improved pay and conditions for RMT members.

The government has continually refused to engage in negotiations, arguing that the matter should be resolved between union members and their employers.

But RMT boss Mick Lynch believes the “government’s hand” is the reason no deal has been reached to end the walkouts, despite the Transport Secretary Grant Shapps saying he cannot get involved in the dispute. The union says behind the scenes ministers have been interfering, and instead of helping bring an end to the industrial action, have actually been making this worse.

“If we were dealing with companies of their own volition and of their own cognisance I think we would have had a deal on these issues quite a long time ago”, Lynch told BBC Breakfast.

“But the government’s hand is in this and they are a silent partner at the table. And the companies leave the room, go and consult the government ministers and the departmental officials, and when they come back, often the situation is worse than before we took the adjournment.

He said the government are “a third party at these meetings, and they are influencing it in a very negative way”.

Labour has criticised the government for failing to take charge of the situation, which has seen thousands of rail workers walk out for the second time this week today, with just one in five trains left running.

Lynch has also said Shapps has “wrecked these negotiations” by not allowing Network Rail to withdraw their letter threatening redundancy for almost 2,000 rail workers.

As part of modernisation plans to help save more than £100million a year, the need for maintenance staff was “likely to reduce” according to Network Rail .

In a letter to the RMT on Monday the service provider said it would start formal redundancy consultations for up to 1,800 staff under section 188 of the Trade Union and Labour Relations Act, adding that while it hoped enough staff would volunteer for layoffs – the process could incorporate compulsory redundancies if necessary.

“Until the government unshackle Network Rail and the train operating companies, it is not going to be possible for a negotiated settlement to be agreed,” the union boss said in a statement after talks ended without an agreement on Wednesday.

Shapps has said Lynch’s claim is a “lie”, and accused him of “wasting time making false claims in the media”.

“I have had absolutely nothing to do with either the issuing of a letter from Network Rail, the employer, to the RMT – or any request to withdraw it,” the Cabinet minister said in a statement.

“The RMT continues to deflect from the fact that the only people responsible for the massive public disruption this week is them.”

Chair of the Commons transport select committee, the Conservative MP Huw Merriman, said that withdrawing the threat of compulsory redundancy is however the key to finding a breakthrough.

“The way I see this strike rolling out is that there will be enough reform in there to actually make it safer, but also to actually provide the efficiencies that will actually fund some day to day operation of the railways, which it needs because we can’t just carry on with a £16billion pound taxpayer subsidy to pay for the trains,” Merriman told PoliticsHome podcast The Rundown on Wednesday.

“I think that money will then be available for a pay rise, but it will have to be sensible one. But then also, there must be a way of actually taking the threat of compulsory redundancy off the table.”

He said there has already been a round of voluntary redundancies through Network Rail, which was needed as fewer people have gone back to using the trains post-pandemic, but said further job cuts must remain voluntary. 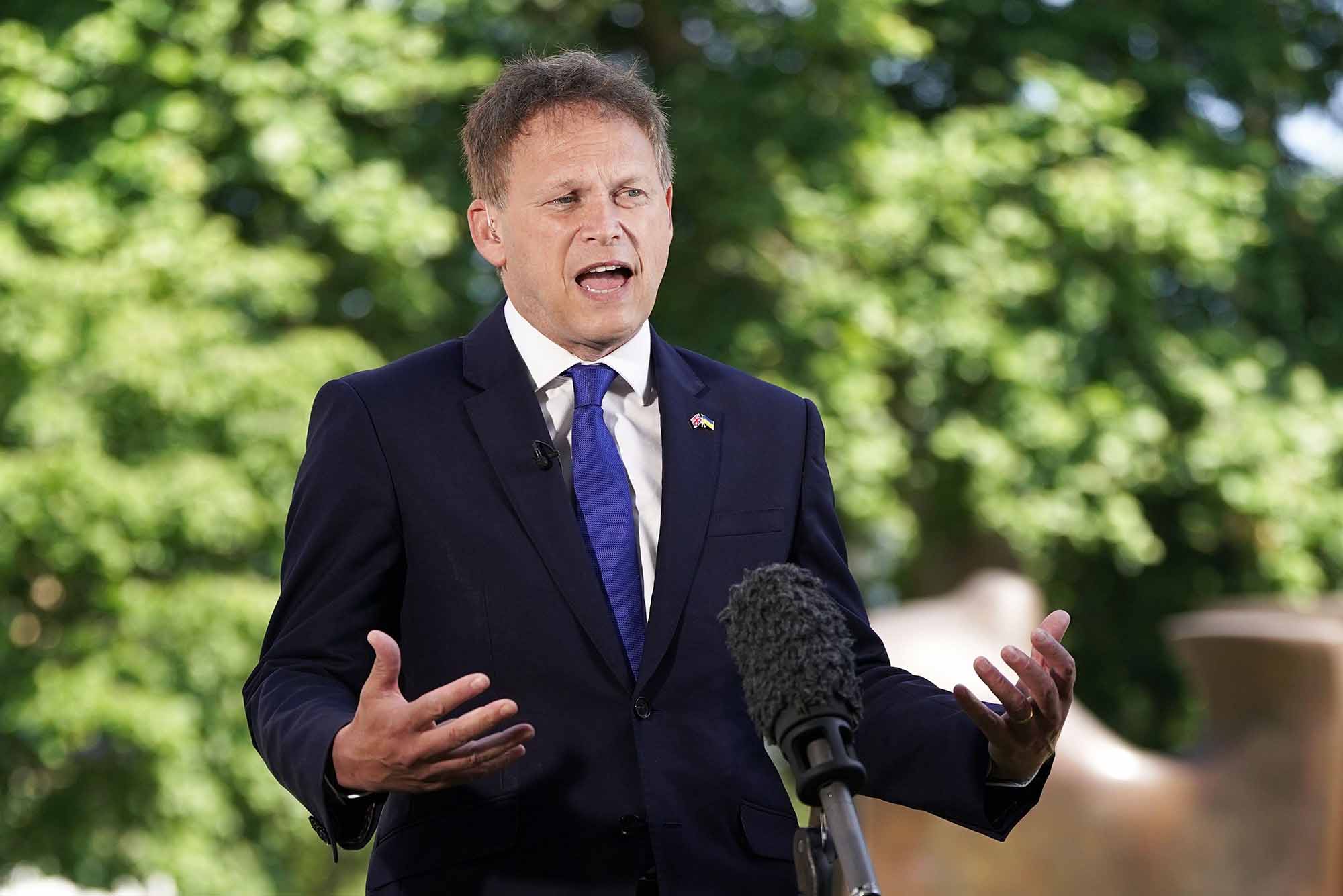 “I actually feel that this is well within solving distance,” Merriman added.

“I think what we will probably have to start seeing more of is those involved in the talks talking to the public, and maybe the politics will actually die down.”

Merriman also backed the stance of the government not to be in the room with the RMT and the rail firms, but said Shapps’ role is to give them a “mandate” behind the scenes.

“I spent 18 months as a negotiator for the joint administrator of Lehman Brothers, just on one deal, I was in there every single day,” the MP for Bexhill and Battle explained.

“The joint administrator, who in this instance would be Grant Shapps, was never going to be in there every single day, they would never get involved in the technical but would be actually behind the scenes, giving a mandate and ultimately sealing the deal, that’s what Grant Shapps will do.

“To actually expect him to be in the room where we’re actually talking about reform, safety issues, the real technicals, is classic politics – but it’s just not how negotiations actually work.”