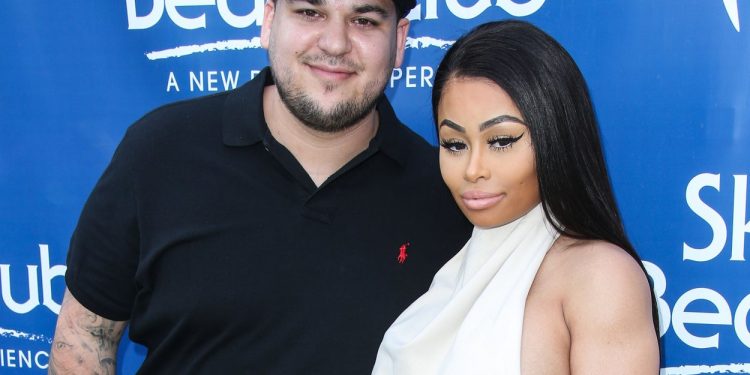 LOS ANGELES — Rob Kardashian testified on Wednesday that he did not love his ex-fiancé, Blac Chyna, when he proposed to her in 2016 and suggested that she used their engagement to get a reality TV show.

“It was never a real type of love,” Rob said, as he claimed that she pointed a gun at his head multiple times during a December 2016 incident at the home they were living in. “I did not want to be married to someone like that.”

His comments came during the jury trial over Chyna’s civil suit against his mom, Kris Jenner, and three of his sisters, Kim, Khloé, and Kylie, who Chyna claims defamed her and wrongly interfered with her contract for a second season of her and Rob’s E! reality show, Rob & Chyna. Over the course of more than 90 minutes in an at times tense and heated testimony, Rob described how he and Chyna started their relationship when he was at the “lowest point ever” in his life and told the jury about the night she allegedly tried to kill him at Kylie Jenner’s house, where the former couple was living, in December 2016.

“I was probably at the worst place in my entire life,” Rob said, noting that he had just been in the hospital due to his diabetes and another condition. “I was in a very vulnerable state.”

During questioning from Chyna’s attorney Lynne Ciani, he explained that when he and Chyna started talking in early 2016 he “felt good with her.” He said that at the time, he ignored the “negative stuff” he had heard about her, including that she allegedly threatened to kill his little sister Kylie when Kylie started dating rapper Tyga, with whom Chyna had a child.

“I just gave myself to her,” Rob said.

When Ciani asked Rob if he loved Chyna when he proposed to her sometime around his birthday in March 2016, he emphatically said, “No.” And then he suggested that the engagement was “for her to pitch a television show the next day” that would “bring more money to her.”

“I supported her because I’m obviously with her, but it’s not my character at all,” Rob said.

He then shared his recollection of the December 2016 incident, which caused worry and concern among the Kardashian/Jenner clan and led them to call for Rob & Chyna to not be renewed — though they deny pressuring E! to do so, saying that the decision was the network’s and not theirs. The Kardashians have said that Chyna strangled Rob with a cellphone charging cord, hit him with a metal rod, pointed a gun at him, and then threw a patio chair at his car as he left the house. Chyna, meanwhile, has said she was only joking and accused the Kardashians of conspiring to ruin her reality TV career.