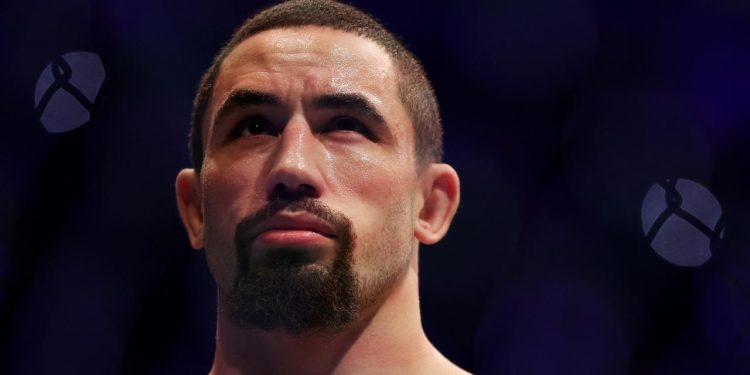 
Rob Whittaker has cleaned up just about every contender in the middleweight division, except for one: Marvin Vettori.

But now, the Australian UFC star will finally get to lay hands on him as his fight against the Italian was confirmed and will be on the main card of UFC 275 in Singapore on June 11.

The card is headlined by light heavyweight champion Glover Teixeira making his first title defence against Polish sensation Jiri Prochazka, who has finished his opponent in his last 10 fights.

The co-main event is another title fight, as women’s flyweight champion Valentina Shevchenko faces off against Taila Santos.

Also flying the flag for Australia on the card is Whittaker’s training partner Jacob Malkoun, who is 2-1 since joining the UFC in 2020.

Whittaker was last in the octagon against middleweight champ Israel Adesanya in February, which unfortunately ended in defeat for the 31-year-old.

But he’s keen to jump back in and not waste any time.

‘I got s*** to do’: UFC star requests shock release as contract talks stall

“Everything kind of lined up for the fight,” Whittaker told foxsports.com.au.

“I want to stay active and it’s another payday which is all kosher, mate.”

Against Vettori, Whittaker faces a man who also fought for Adesanya’s belt not too long ago.

The Italian also gained some admirers when he fought and beat Paulo Costa in October last year despite Costa showing up an absurd 11kg over the middleweight limit of 83.9kg.

Whittaker firmly believes he’s “better across the board” than his next adversary, but knows the major threat that Vettori poses.

“That sort of combination is a very high-level threat to anybody he faces.

“If you underestimate that sort of character at this level, he’ll walk all over you.

“I’m definitely being very serious about my approach with this fight and giving him the respect his skillset deserves.”

Vettori is yet to be finished in his career, with all five of his losses coming via decision.

Whittaker also hasn’t secured a win via finish since he defeated Jacare Souza via TKO in 2017.

Bobby Knuckles admits that the lengthy absence of a submission or KO/TKO victory is “not something I’ve given a lot of thought to” but it’s certainly not for a lack of effort.

He’ll undoubtedly be going for a finish if it’s available, but it isn’t going to shake his vision of how he sees the fight playing out.

“I do feel like my speed will be a big advantage in this fight,” Whittaker said.

“He’s going to be pressuring me, he’s going to try and close off that space and turn it into a dogfight where he can excel and utilise his big power and ruggedness.

“I think I’m going to have to utilise the space and make him pay on the way in and on the way out.”

Will Smith, spit-polished thuggery and disrespect