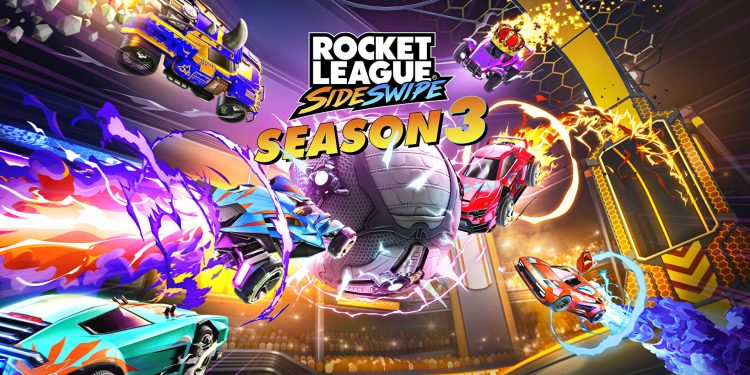 It’s a big day for vehicular football fans, as Sideswipe season 3 has come to Rocket League today. This new season comes with a new battle pass as well as new challenges like you’d expect. However, a new spectator mode has been added alongside another threes mode for you and two buds to jump into.

Volleyball mode is the sacrifice for this new threes mode, that allows two teams of three players battle over a ball at the centre of the new longfield arena. In addition, new offscreen indicators have been added so it’s less of a hassle trying to determine the locations of your teammates.

The new spectator mode is both a gift for those more competitively minded, and to others who like tuning into their friends’ matches rather than get their own hands dirty. However, this is only possible for private matches, so you’ll have to rangle together a match’s worth of drivers to enjoy this feature.

This is the third major update for the game since its November release last year, showcasing that the scheduled support for this mobile spin-off is rushing ahead at a pace nearing the breakneck speeds of the variety of in-game cars and vans. Since then it has seen over 10 million downloads on the Google Play store. With the pace of these updates, you can only wonder if the team at Psyonix has managed to retain a substantial slice of that staggering number.

For those who performed exceptionally last season, rewards will be distributed among the players. All in all, it’s a substantial step towards Rocket League Sideswipe slowly becoming as hefty a game as its beloved predecessor. It would be nice to see this spectator mode expanded beyond private matches in the future, and the selection of modes continue to grow, but for now season 3 offers a refreshing mix on the Sideswipe experience for its embedded player base.