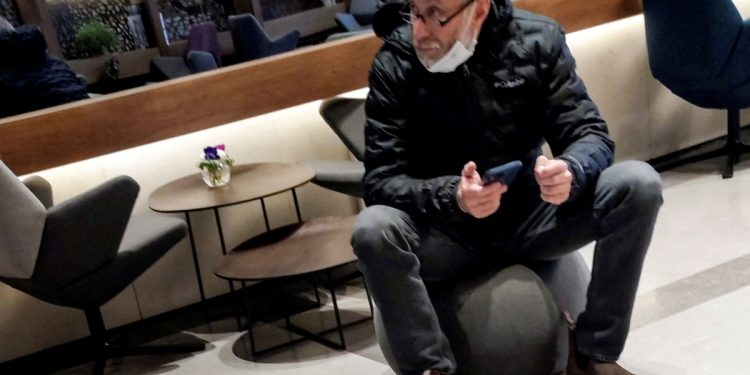 The Chelsea owner was then taken to a public hospital for private treatment in Turkey’s capital Ankara.

Several international media outlets have claimed he was hurt by a tear gas canister rather than poison, as was previously thought.

It had been claimed Abramovich and two Ukrainians were poisoned by a WW1 chemical agent through infected chocolates in Kyiv.

Russia rubbished the reports as part of an “information war” while Ukraine negotiator Mykhailo Podolyak called them “conspiracy theories.”

Spanish news website El Confidencial reported: “Abramovich was not poisoned, he was intoxicated with tear gas according to Turkish media. 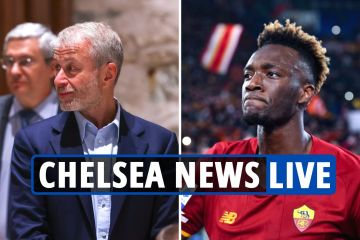 “Both the digital newspaper Haberturk as well as the TV station CCNTurk are insisting today the symptoms of burning on his skin and in his eyes Abramovich is said to have suffered, were caused by a gas canister exploding beside him as he left a meeting.

“The magnate was immediately taken by plane to Ankara. His presence was not made public and the register of his visit was kept secret.

“Haberturk says it is not known for certain whether the explosion of the gas canister was accidental or caused with the intention of sabotaging negotiations.”

Abramovich went blind for several hours as his skin peeled off his hands and face when he joined peace talks between Russia and Ukraine.

The sanctioned Chelsea owner, 55, is said to have suffered alarming symptoms along with two Ukrainian peace negotiators, after reportedly eating poisoned chocolates at the peace talks.

The alleged attack was blamed on hardliners in Moscow who want to sabotage the talks and continue Putin’s bloody war, although some said Abramovich may have been poisoned by mistake.

Abramovich also lost his sight for several hours as a result of the attack in the Ukraine capital Kyiv earlier this month, according to The Guardian.

They had consumed only chocolate and water in the hours before.

A fourth member of the team did not fall ill, despite having the same food and drink as them.

Next day they travelled to Lviv then Poland to continue talks while still suffering painful symptoms.

When they headed to Istanbul, Abramovich complained of losing his vision, with skin peeling from his face and hands.

He was then treated in hospital.

The trio’s  symptoms were said to have subsided by the end of the following week.