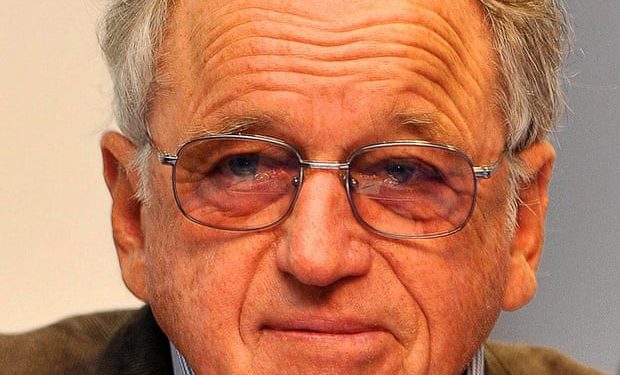 
Roman Abramovich’s plan to use the sale of Chelsea to donate funds to victims of the war in Ukraine is not solely intended for Ukrainians, raising the prospect of money going to Russian soldiers or to their families.

Abramovich confirmed on Wednesday that he wants to sell Chelsea and the Russian oligarch said that all net proceeds – understood to be the money from any sale minus legal fees – would be used “for the benefit of all victims of the war in Ukraine”. The phrasing left open the possibility of the money not being entirely reserved for Ukrainians hurt, bereaved or otherwise affected by the Russian invasion of their country.

The Guardian sought to clarify that statement by asking sources close to the process whether there was a chance that the charitable fund could be used to help Russian soldiers hurt in the war or the families of Russian soldiers. A key figure explained that the fund is intended for all victims of the war and will not be connected to origin. Further details were not offered, with Abramovich’s team working with charitable groups to work out how best to proceed.

It remains to be seen how much money from any sale of Chelsea will go into the fund. It is unclear how the net proceeds will be deducted from any transaction. Neither Chelsea nor Abramovich’s spokesperson responded to a question about net proceeds process.

Abramovich is said to want close to £4bn and has said he will not call in the £1.5bn of loans he has given Chelsea since buying them in 2003. Financial experts have predicted that interested parties are unlikely to want to pay more than £2bn.

The situation at Chelsea has moved at dramatic speed. Abramovich has been under growing scrutiny since Russia’s invasion of Ukraine and he has bowed to growing political pressure to call time on his ownership. The 55-year-old’s announcement came after the latest call in parliament for him to face sanctions from the UK government.

Abramovich has vehemently denied allegations that he has any links to Vladimir Putin and the Russian state, or that he has done anything to merit being sanctioned. But those denials have done little to silence critics of Abramovich, who has not condemned Russia’s actions. The Labour MP Chris Bryant has said the decision to sell Chelsea could be an attempt by Abramovich to avoid sanctions. Sir Keir Starmer, the Labour leader, also pressed Boris Johnson to sanction Chelsea’s owner.

Parties interested in Chelsea have been looking to move swiftly in case Abramovich is sanctioned, at which point it is unlikely a sale would be permitted. It is understood the US bank Raine has been tasked with making the sale. Parties have been invited to bid by 15 March.

A well-placed source said the political climate had drained Abramovich of his will to fight for the club. There is interest from a consortium fronted by the billionaires Hansjörg Wyss and Todd Boehly. They are in negotiations with Abramovich and hope talks will progress over the weekend, according to the Swiss newspaper Blick. There is no agreement over a fee yet. A problem for Abramovich’s valuation is the size of Stamford Bridge, which has a 41,837 capacity and is difficult to redevelop.

Sources have said at least one other group is preparing to make an offer this week. There have also been suggestions that the Egyptian businessman Loutfy Mansour, who has a Chelsea season ticket, has been considering a bid. Attempts to reach Mansour on Thursday were unsuccessful. A spokesperson for Sir Jim Ratcliffe denied the Ineos chairman would join the bidding.

The chief executive of the Premier League, Richard Masters, said Abramovich was right to sell. “The situation escalated incredibly quickly and it was the right solution because the position was unsustainable,” Masters said at the Financial Times Business of Football Summit. “The sooner the sale process completes, the sooner everyone has certainty.”

Asked how quickly a sale could happen, Masters said: “The quickest any deal has taken is 10 days. That’s not to say that deal can’t be beaten but it would normally take a number of weeks and it all depends on the complexity of the deal. Provided the information is easily accessible, easily understandable and were given all the right answers it can be done relatively quickly. If the owner is sanctioned by the UK, I don’t think it will work.”

Abramovich’s position had been uncertain since he announced plans last Saturday to transfer the stewardship and care of Chelsea to trustees of the club’s charitable foundation. That proposal, which met with resistance from the trustees, is expected to be shelved.

It is unlikely the chairman, Bruce Buck, and powerful director Marina Granovskaia will stay under new owners. However sources have indicated Granovskaia could have a future at the club. She is closely linked to Abramovich but is highly respected in football and has a strong relationship with Chelsea’s manager, Thomas Tuchel. The feeling is that Granovskaia could be an asset to Chelsea if she cuts her ties with Abramovich.

It is unclear how the prospect of a takeover will affect Chelsea’s football operation. It is thought that talks with players over new contracts could be put on hold. The defenders Antonio Rüdiger, Andreas Christensen and César Azpilicueta are out of contract at the end of the season. Barcelona want Azpilicueta and Christensen, who is also a target for Bayern Munich.