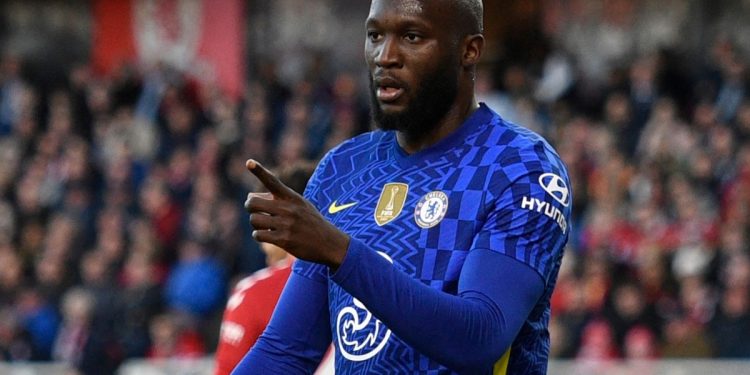 
ROMELU LUKAKU has said goodbye to his Chelsea team-mates as he hopes for a move back to Inter Milan, according to reports.

The Belgian has struggled at the European champions since his move from Inter.

He has just 12 goals across all competitions this term and has started 11 games from the substitutes bench.

Lukaku even admitted he was “NOT happy” with his situation at Chelsea, with boss Thomas Tuchel choosing “to play with another system.”

The forward also insisted he “will RETURN to Inter” at some point in his career… which could be sooner rather than later.

According to AS, Inter are working on a summer return for Lukaku.

And Lukaku is already saying his goodbyes to his Chelsea team-mates.

Reporter Fabio Bergomi told CMIT TV: “The Belgian told a friend that he had already said goodbye to his team-mates.”

Lukaku has also been named the Serie A Player of the Season, edging out Cristiano Ronaldo for the award.

He told AIC on accepting his award: “The club [Inter] always backed us and so did the fans who I want to thank.”

Lukaku is keen to reconcile with Inter fans for the manner of his summer exit.

He told Sky Italia last year: “Now it’s the right time to share my feelings. I have always said that I have Inter in my heart: I know I will RETURN to Inter, I really hope so.

“I am in love with Italy, this is the right moment to talk and let people know what really happened.

“I really hope from bottom of my heart to return to Inter not at the end of my career, but when I’m still at top level to win more together”.

“I want apologise to the Inter fan, the timing of my words was wrong: what you did for me will remain forever.”

Ukraine, Russia natives pray at the same church. Can they find peace?

Ketanji Brown Jackson pushes back as Lindsey Graham asks about her faith: ‘It's very important to set aside one's personal views’