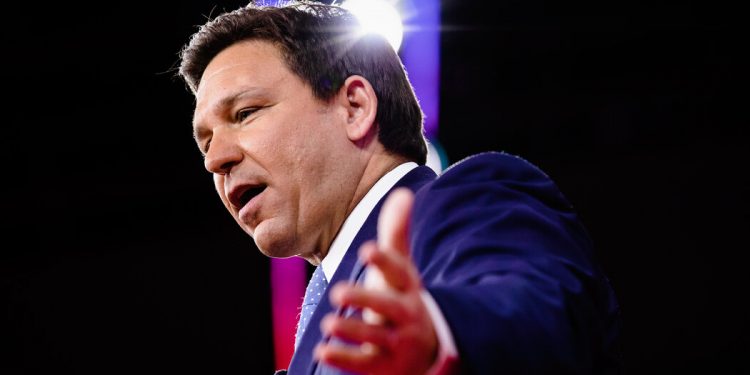 “How is this not blackmail?” said Scott Randolph, the Orange County tax collector. “Why would a business want to invest in Florida when the entire rules can change in 72 hours? To me this sends a scary message about the business environment in Florida.”

Randy Fine, the Republican legislator who sponsored the bill to end Disney’s special self-governing privileges, said that under the arrangement, the company had the right to seize private property, build a nuclear power plant and ignore zoning rules and safety codes. The real issue for Disney, he said, was about “control — this isn’t really about money.”

A contentious issue. Gov. Ron DeSantis of Florida signed a bill into law that aims to constrain the state’s public schools from teaching about sexual orientation and gender identity. Here is what to know:

Diverging perspectives. The proposal, which supporters call the “Parental Rights in Education” bill, but that opponents refer to as the “Don’t Say Gay” bill, has become a national lightning rod since the Florida legislature passed the bill on March 8.

What the bill says. The bill would ban classroom discussion about sexual orientation or gender identity in kindergarten through third grade. In other grades, lessons on those topics must be “age appropriate or developmentally appropriate.” The bill also has a parental notification requirement when children seek counseling.

What the bill’s supporters say. Those in favor of the bill say that it is limited in scope, and affirms parents’ rights to direct the upbringing of their children.

As it became increasingly clear this week that the measure would be enacted, some Floridians expressed growing concerns around the tax implications, though it is not yet certain what those may ultimately be.

While the new law ostensibly takes away big perks for Disney, like issuing its own building permits, Democrats warn that it leaves Central Florida’s Orange and Osceola counties holding the bag for some $163 million in annual taxes. Others, including Mr. Randolph, warned that local property owners could see significant property tax hikes.

Disney had been paying taxes to itself, using the money to pay for things like the police and fire services. Now, Orange County says it will have to take on the costs for municipal services to theme parks that Disney had paid for through Reedy Creek, the special taxing district the legislature eliminated.

“It’s obvious that it is political retribution that is at play here,” Jerry Demings, the mayor of Orange County, told reporters. “We are trying to understand what the legislature is trying to do in this case, but I believe they have not adequately contemplated the ramifications of what they have proposed at this point.”

Mr. DeSantis, for his part, insisted that Disney would “pay more taxes” and declared that “we have everything thought out.”