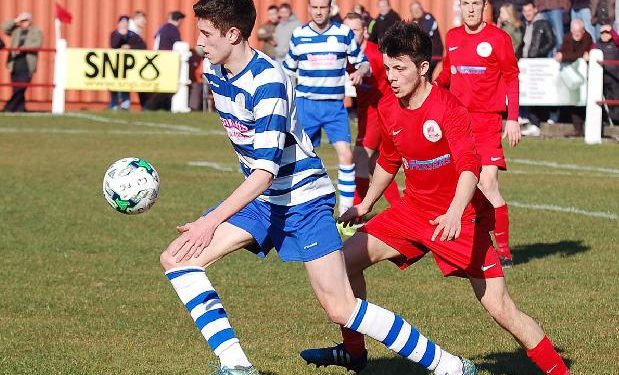 Former Kilwinning Rangers and Ardeer Thistle striker Ross Stewart has made it a special end to an incredible week.

The Sunderland striker found the net at Wembley Stadium, in his side’s 2-0 League One play-off final win over Wycombe Wanderers on Saturday, May 21.

It saw the Wearside club promoted back into the English Championship after four seasons stuck in England’s third tier.

Then the ‘Loch Ness Drogba’ saw himself called up to Steve Clarke’s Scotland side for the upcoming World Cup qualifying matches – only his second senior call up.

He is yet to make an appearance, but will hope to receive his first cap in these massive must-win matches.

The former Ross County striker enjoyed his best goal return ever this season, finding the net 26 times over the course of the season.

Stewart started his career with Ardeer Thistle aged 17 before moving onto the Buffs in 2015.

Ross Stewart in his time at Kilwinning Rangers.

He was prolific at then junior level and was picked up by senior side Albion Rovers.

It is reported that his dad helped pay part of his transfer fee to secure his move from Kilwinning Rangers.

From there he secured a move to St Mirren, but he struggled to break into the Buddies’ first team and was loaned out to Alloa Athletic.

He then earned a move to Ross County, where he enjoyed his most fruitful spell in the Scottish game, spending three years with the Dingwall club.