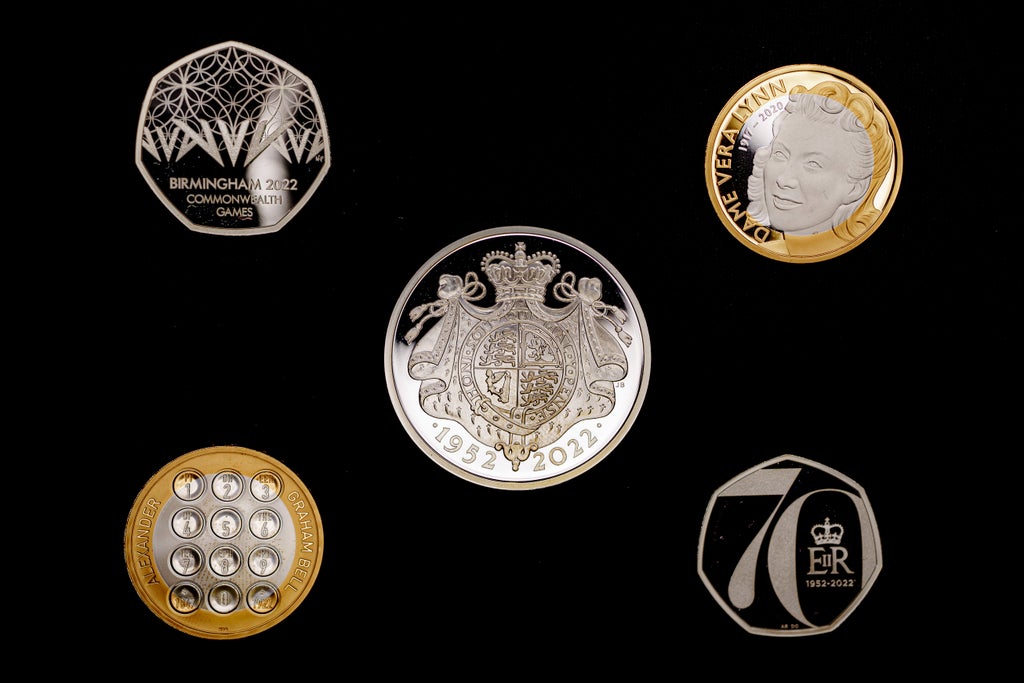 The Royal Mint has designed two new coins in celebration of the Queen’s Platinum Jubilee.

In 2022, Her Majesty will mark her 70th year on the throne – the longest reign in British history.

To mark the occasion, a four-day public holiday has been announced. This includes a “Platinum Pageant” on the final day of the celebrations which will tell the story of the Queen’s reign through the streets of London.

Now, the Royal Mint has announced it has designed two new coins to honour the event: a 50p coin and a £5 crown.

Each coin features a portrait of the Queen designed by the artist Jody Clark.

The 50p coin itself was designed by Osborne Ross and features a clean reverse design that shows the number 70, The Queen’s cypher and the years of her reign.

The £5 crown was designed by John Bergdahl and features a regal design centralised by the quartered shield of the Royal Arms.

Clare Maclennan, from The Royal Mint, said: “Each year, the Royal Mint unveils a series of commemorative coins to celebrate key milestones that helped shape Britain and this year’s Annual Set is particularly special with a new 50 pence, £5 crown and special platinum set in celebration of Her Majesty the Queen’s Platinum Jubilee.

“As the Original Maker of UK coins, the Royal Mint has been trusted to strike coins for Her Majesty throughout an historic 70 years on the throne and celebrated royal milestones such as previous Jubilees on commemorative crown pieces.

“The Platinum Jubilee celebration is a spectacular first for the British monarchy and for UK coins, and it is fitting that this historic anniversary has been celebrated on 50 pence – which is Britain’s most loved, collectable coin.”

In addition to the new coins for the Jubilee, the Royal Mint has also created new £2 coins honouring the life of Dame Vera Lynn and Alexander Graham Bell.