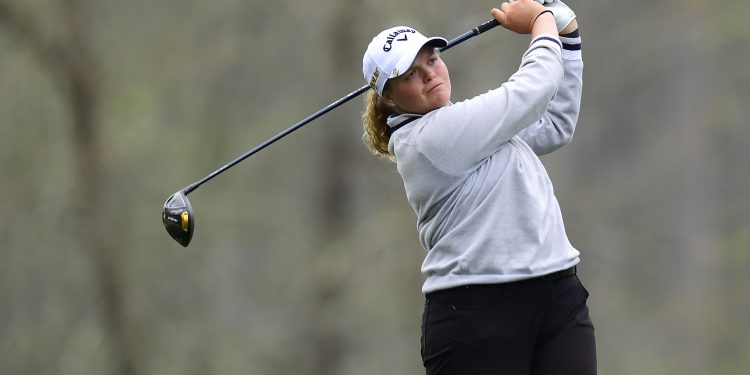 
Italy’s Benedetta Moresco and 16-year-old Anna Davis opened with matching two-under-par 70s to lead the way after the first round at Champions Retreat Golf Club, while West Australian Kirsten Rudgeley is the best of the Aussie pair, sitting inside the top-10.

Moresco, No.20 in the World Amateur Golf Ranking (WAGR), found herself in the mix of a tight leader board after early birdies from a close putt on No.2 and a 15-foot putt on No.3 and made the turn at two-under-par.

The University of Alabama sophomore was able to go bogey-free on her second nine and string together nine consecutive pars to share the lead in her second appearance at the Augusta National Women’s Amateur.

“It was good out there today. I had really good putts from all around the green,” Moresco said. “Being patient on the golf course. I think that was key … the wind came up on the back nine more than the front nine. It was a little bit tougher.” Playing in the last group of the day, Davis made the turn at one under par after a birdie on No.7 and recorded another at No.14 to claim a share of the lead. She lost a stroke with her sole bogey of the day on the next hole but finished strong with a birdie on No. 18 after her 30-foot chip hit the flagstick and stopped inches from the hole.

“Usually when I go to events, I know the people who are playing and I don’t know a lot of the girls here,” said Davis, a Spring Valley, California, native and one of the youngest players in the field. “I feel like an underdog here. There’s not as much pressure on you.”

University of Michigan’s Hailey Borja was the first player to finish at one-under-par 71. She is tied for third with Louisiana State University (LSU) standout Ingrid Lindblad of Sweden, and China’s Xiaowen Yin.

Teeing off on No. 10, Lindblad held a share of the lead through her first nine, sinking 15 and 23-foot putts for back-to-back birdies on Nos. 14 and 15. She recorded two bogeys on Nos. 1 and 4 and a birdie on No. 2 to finish her first round at one over par.

“I’m a little bit more confident this year than last year,” said Lindblad, who finished T-3 at the 2021 Augusta National Women’s Amateur. “I hit the ball further so I actually hit a little shorter clubs in this year. It’s a big difference if you have a pitching wedge instead of an 8-iron into the greens.” Three players, Arizona State senior Alexandra Forsterling of Germany, Latanna Stone of LSU, and China’s Liqi Zeng, sit at even par and tied for sixth place. There are 15 players tied for ninth at one-over-par 73.

Among that group is recent winner of The Athena and Avondale Amateur Rudgeley, who is making her tournament debut this week.

With work to do to qualify for the final round at Augusta National, Rudgeley’s fellow Aussie Emily Mahar currently sits in a share of 39th. Playing her college golf at Virginia Tech, the Queenslander opened with a four-over 76.

Second-round starting times for the Augusta National Women’s Amateur are scheduled to begin at 7:30 a.m. local time on Thursday.