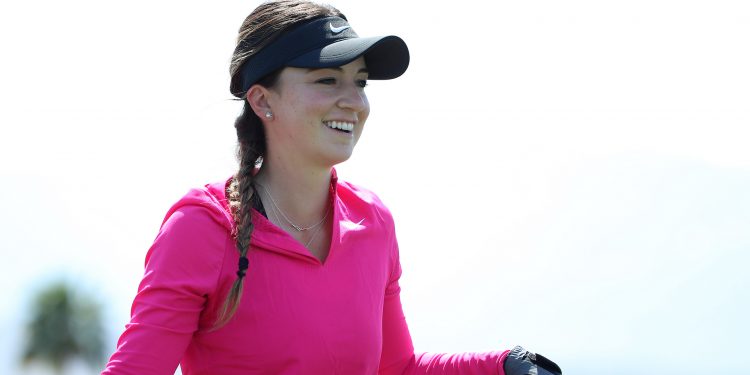 
Kupcho shot an eight-under 64 on another hot and sunny afternoon at Mission Hills for a tournament-record 16-under 200 total.

Defending champion Patty Tavatanakit, playing alongside Kupcho in the second-to-last group, was second after a 70.

Australians Hannah Green (68) and Gabi Ruffels (71) were in a tie for fifth at six-under, while first-round pacesetter Minjee Lee slipped back to four-under after a second straight 73.

Kupcho moved into position to win for the first time on the LPGA Tour and take the last victory leap in Poppie’s Pond, three years after passing up a spot in the event to play and win that week in the inaugural Augusta National Women’s Amateur. The tournament that started in 1972 and became a major in 1983 is moving to Houston after failing to attract a sponsor willing to keep it at history-packed Mission Hills.

“I mean, I hit the fairways, hit the greens and really was just trying to put smooth putting strokes on them. That’s what I did, and they fell.”

Oswestry: WI ladies get carried away after balloonist’s visit