Join these dots. Start with the handful of former rugby players who have spoken publicly about their symptoms. Alix Popham, Michael Lipman, Steve Thompson, Carl Hayman, Dan Scarbrough, Neil Clarke, Tim Cowley, Jason Hobson, Neil Spence, Adam Hughes. Remember that there are at least another 200, from union and league, all showing symptoms of brain damage, involved in the lawsuit against the governing bodies. Add in the research done by the Drake Foundation, the University of South Wales and Durham University. How does the picture look now?

At Durham the UK Rugby Health Project has been working on a study of a group of 189 retired rugby players, 83 of them elite, 106 amateur, 145 from union, 44 from league. When it published its recent review of the mental health and wellbeing of the group the lead author, Karen Hind, explained why so many retired players had signed up with the project in the first place. “People wanted to take part because it felt like a good way to get an MOT on their bodies.”

A lot of them were suffering physically, and, it turned out, mentally too. The study provided evidence of a strong association between the two. Players who had suffered more concussions were more prone to depression.

Among the elite group, 10% reported often or always feeling as though “life is hardly worth living”, and 20% said they would not seek help from anyone if they had a problem or were upset. These athletes needed help, and ended up joining a research project to try to find it.

“Among the players I spoke to who came into the clinic, and there were over 100, the consistent feedback was that when they were playing at the highest level they were very well looked after,” Hind explained. “They had all the medical support they needed, however once they hit retirement there was nothing. That is the consistent message that came through.”

I recently caught up with Popham, a year on from our first interview. The Durham findings didn’t surprise him. Popham has spent a lot of time in the past year trying to find ways to help players who are going through the same sorts of issues uncovered in Hind’s study. “I’m having conversations with boys who are struggling, and who are really not in a good place.”

He knows people who are still working in the game who are have symptoms of brain damage, and who don’t feel able to talk, or get tested, because they are worried they will lose work.

Popham’s foundation, Head For Change, has just opened up free access to the mental health app Thrive, which is backed by the NHS, and has a triage system built into it. It plans to expand into football, too, but felt it had to start with rugby because it felt the problem was so urgent. It is worried there will be suicides. It is working with the non-profit Beyond The White Line, which was founded by James Chiffi. “We might expect 25% of people to experience mental health challenges in a year,” Chiffi says. “In some of the sports teams I’m working with I’m seeing rates upwards 30%, 40%, they’re really high numbers.

“A lot of athletes I work with will say they don’t feel comfortable going to their own organisations with these problems because they fear it will impact their contracts, or their selection or how they are perceived and equally a lot will say they don’t feel comfortable going outside the organisation either, either because of their profile, or because they have skewed ideas of what’s available.

“Elite athletes see themselves differently, they think: ‘This isn’t for me, they won’t understand my situation’ and because of that issues tend to embed and deepen.” Chiffi, Popham and Hind are all providing ground-level evidence of a serious mental health problem in the sport, tied to the issues caused by brain trauma.

There are a lot of current and former players struggling in silence, men and women who have given everything to the sport, and who now need something back from it. It reminds me of a roundtable interview Popham and I did with Dr Bennett Omalu in March. “Players need to realise that the governing bodies are not in business to provide healthcare,” Omalu said then. “They are not in business to take care of people like you, we need to be honest with ourselves. Their business is to provide entertainment, and make money.” Omalu is a cynical man (and after everything he’s been through, he has reason to be). We’ll see.

There is progress. The Rugby Football Union has recently opened its Advanced Brain Health Clinic to provide support to retired players between 30 and 55. But it still feels like there is a degree of cognitive disconnect involved here; I feel it myself when I’m watching, and writing about, rugby.

The things I love about the sport, the intensity, the brutality, the toll, are the same things we should be most worried about. The game rolls on, the regulations are tightened, the game is made, we hope a little safer, but it’s too late for all those players who are already suffering.

Popham sees it too. He and his wife, Mel, took their daughters to the Principality Stadium to watch Wales play Australia just a fortnight ago, and found themselves explaining to the fans behind them why the referee was right to send off Rob Valetini after he collided with Adam Beard in a stand-up tackle. “It wasn’t malicious,” Popham said, “but he wasn’t in control so it was reckless.” He won them around to his point of view too. He still loves the sport, only, he says: “I find I watch it through different eyes now.” 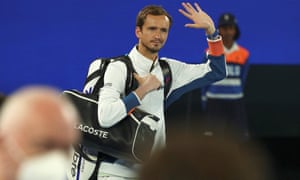 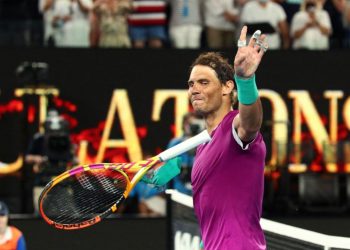 Medvedev ponders 'what Novak would... 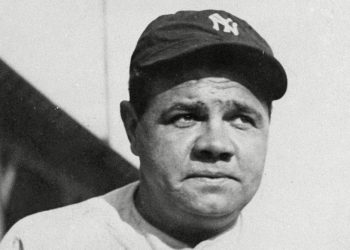 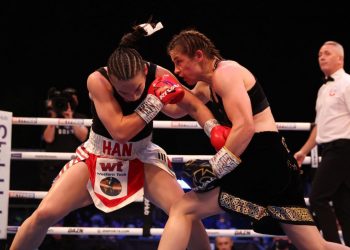 Katie Taylor and Amanda Serrano are set to...

Energy firms were mocked for their tips to stay warm, was it fair?