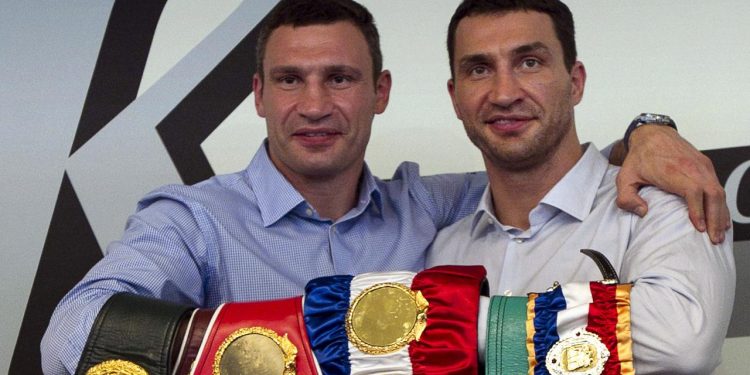 
Former world heavyweight boxing champions Vitali and Wladimir Klitschko have vowed to defend Ukraine in the conflict with Russia.

The brothers, who both won several world heavyweight titles and dominated the heavyweight division for the best part of a decade between 2006 and 2015, shared that they would do their part to defend Ukraine.

The 50-year-old Vitali is the mayor of Kyiv and said he had no choice but to fight to defend his homeland.

Speaking to Good Morning BritainKlitschko’s assessment of the situation was simply a “nightmare”.

“It’s a difficult situation, we stand in front of one of the biggest and strongest armies in the world but we have to defend our families, defend our country and defend our cities — we don’t have another choice,” Vitali said.

As for the aftermath of the bombings from Russian forces, Klitschko said it was “painful”.

“It’s everything the Russians have to pay for that,” he said. “Sanctions … they destroyed international rules of war and Ukraine was always peaceful country, peaceful people. But now we have to take weapons and fight.

“It’s already a bloody war. It’s already died people, we don’t have exact numbers but we know many many examples.”

Asked if he would take up arms, he responded: “I don’t have another choice. I have to do that. I would fight.”

He called for Western allies to support Ukraine and put hard sanctions in place against Russia.

His comments come after 45-year-old Wladimir, who unified the WBA, IBF, WBO, IBO and Ring Magazine titles through his career, had joined Ukraine’s reserve army earlier this month.

At the time, Wladimir said: “One district from here, my little girl is going to school. The school is currently closed because the ambassadors have sent the families home.

“It is the love, the love for my city, my home, my family, my neighbours, my daughter that has brought me here today, that I took this initiative and am now taking part in this territorial defence.”

Those comments came as nations began to withdraw ambassadors from Ukraine.

But he also took to LinkedIn to share a post, hitting out at Russian president Vladimir Putin.

“The Russian president is using war rhetoric in the purest Bolshevik tradition and is rewriting history to justify his redivision of borders,” he wrote in the piece. “He makes it clear that he wants to destroy the Ukrainian state and the sovereignty of its people. Words are followed by missiles and tanks. Destruction and death come upon us. That’s it, blood will mix with tears.”

The brothers weren’t the only champions to hit out the conflict as current WBO, WBA and IBF heavyweight champion Oleksandr Usyk took to Instagram to reveal he was in the country.

“Some wrote to me that I ran away; I didn’t, I was at work but I’m back, I’m home,” Usyk said in an Instagram video translated into English.