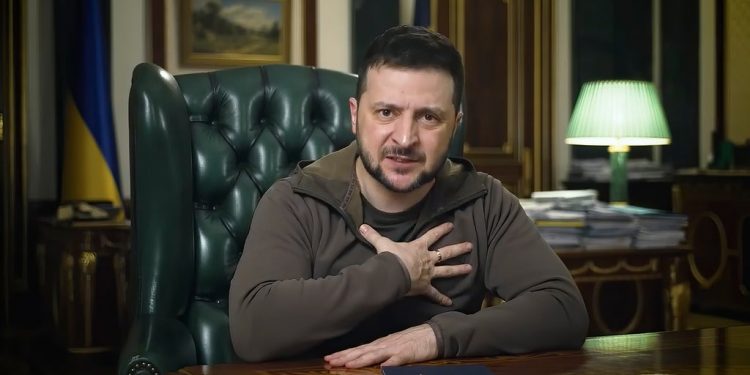 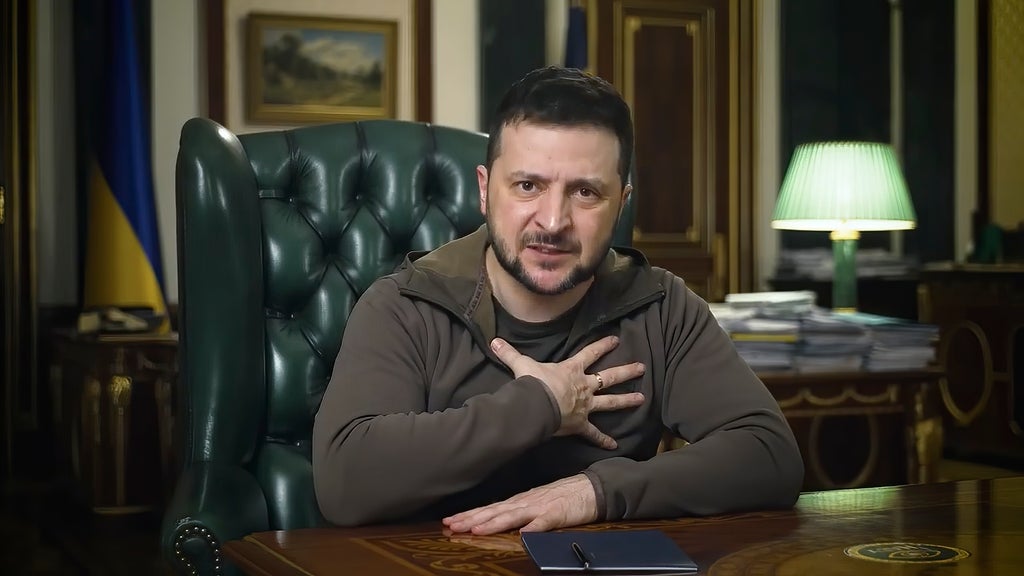 Ukrainian President Volodymyr Zelensky has said that he will not cede eastern territory of his country to Russia to end the war.

In an interview with CNN on Friday, President Zelensky said that he would not give up the Donbas region, currently occupied by Russian forces, to Moscow as Vladimir Putin could use the territory to launch another attack on the Ukrainian capital, Kyiv.

“[W]e understand that the fact that we fought them off and they left, and they were running away from Kyiv…from the north, from Chernihiv and from that direction…it doesn’t mean if they are able to capture Donbas, they won’t come further towards Kyiv,” he told CNN’s Jake Tapper during an interview at the presidential palace.

Russia annexed Crimea, a region in the south of Ukraine, in 2014, and recognizes a pro-Moscow separatist government in the southeastern Donbas. The area has been used as Russia’s staging ground for the invasion.

The Ukranian leader also spoke to CNN about his continued partnership with President Joe Biden. The White House has confirmed that there are no plans for Mr Biden to travel to Ukraine unlike UK Prime Minister Boris Johnson.

Mr Zelensky confirmed that he did. “I think he will. It’s his decision, of course, about the safety situation, but I think he’s the leader of the United States, and that’s why he should come,” he said.

Russian and Ukrainian government officials have met to discuss a peace agreement but no deal has emerged. The two sides continue to battle over territory in eastern Ukraine even as Russian forces withdraw from areas near Kyiv.

Battles continue in the besieged port city of Mariupol, on the Black Sea, where Russian forces are attempting to overwhelm an outmanned Ukrainian force in street-to-street combat. The city has seen some of the worst fighting, and Ukrainian officials say there has been deliberate targeting of civilians by Russian forces.

Russian defence officials vowed to “destroy” Ukrainian forces in the city if they continued to fight in the days and weeks ahead, though Russia’s ability to capture the city remains in question as both Kyiv and Moscow reposition forces following Russia’s apparent failure to encircle and neutralize Ukraine’s capital.

Ukrainian troops claimed credit for a strike on a Russian destroyer, the Moskova, off Mariupol’s coast last week that later resulted in the ship sinking as it was being towed to Russian territory. Moscow claimed in official statements that the destruction of the ship was the result of a fire in the ship’s ammunition storage. The Moskova previously served as flagship of Russia’s Black Sea fleet.

Complicating the work of reaching a peace deal is the discoveries of horrific atrocities carried out in Russian-held territory including suburbs around Kyiv’s capital, where the bodies of hundreds of civilians have been revealed by Ukrainian troops retaking areas previously under Russian control. Some appeared to have been killed execution-style by Russian forces, as they were found shot with their hands tied.

Moscow is facing accusations of war crimes as reports of targeted killings, abductions and rape emerge in Ukraine. Ukraine’s government has described the attacks as genocide, a claim echoed by Mr Biden.