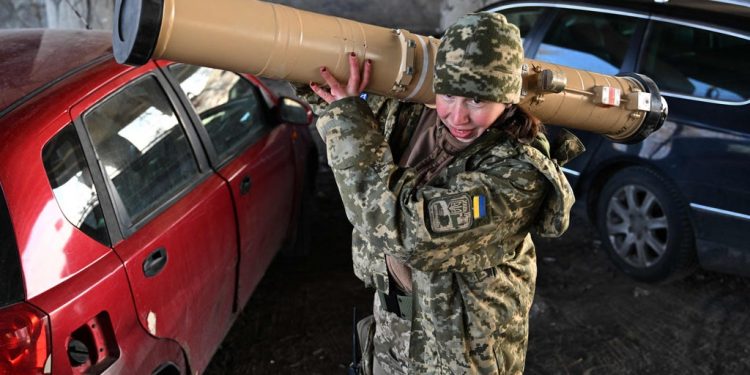 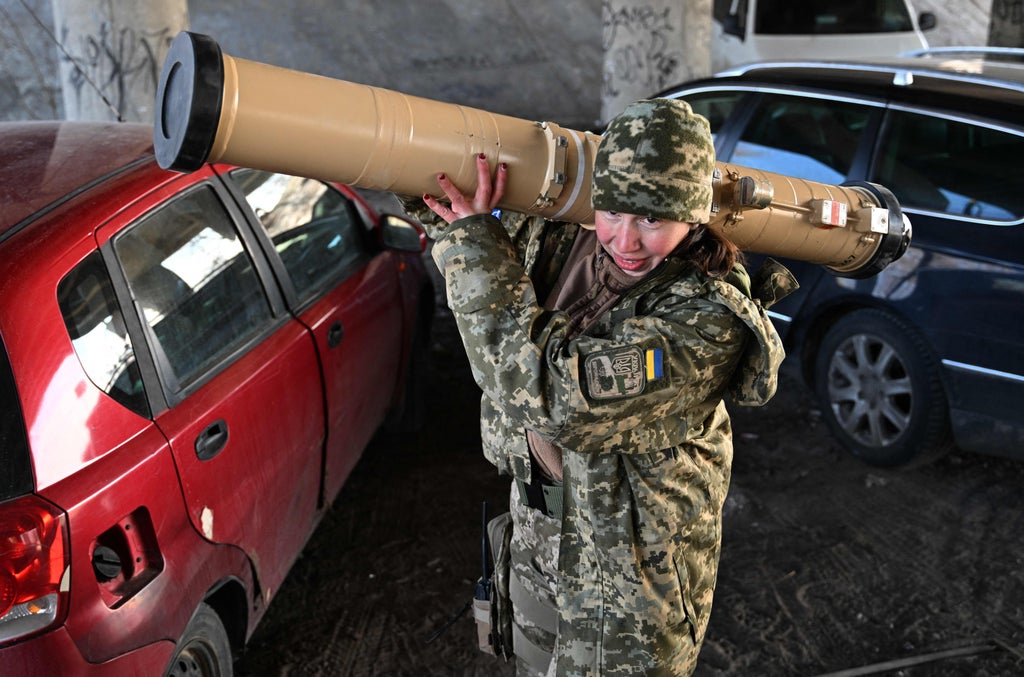 ussia’s ambassador to the UK has warned that British weapons supplied to Ukraine are “legitimate targets” for the Russian army.

Andrey Kelin made the warning on Saturday as Vladimir Putin’s forces struggled to make gains in the country.

Defence secretary Ben Wallace last week vowed to send further military aid to Ukraine in the form of long-range artillery weapons and Starstreak missiles. The UK has already supplied President Volodomyr Zelensky’s forces with thousands of Javelin and NLAW anti-tank missiles, which have been used to deadly effect.

Footage emerged on Friday of a British Starstreak missile downing a Russian Mi-28N attack helicopter in the Luhansk region. The missile is thought to be the fastest air to ground missile in the world.

Speaking to Russian news agency TASS, Mr Kelin branded the supply of British weapons “destabilising”, adding: “They exacerbate the situation, making it even bloodier. Apparently, those are new, high-precision weapons.

“Naturally, our armed forces will view them as a legitimate target if those supplies get through the Ukrainian border.”

Russian forces have unleashed indiscriminate shelling and air strikes on towns and cities in Ukraine, killing thousands of civilians so far in the conflict.

The Kremlin and Russian diplomats deny that Mr Putin’s troops target civilians but this flies in the face of numerous reports and footage of atrocities being carried out.

Meanwhile, the UK Ministry of Defence said on Saturday that Ukrainian forces were continuing to repel the Russian advance in the east of Ukraine and had “secured a key route” in eastern Kharkiv following heavy fighting.

Mr Zelensky warned on Saturday that Russian forces retreating from the Kyiv region had created a “catastrophic” situation for civilians by leaving mines around residential areas, as well as abandoned equipment.

Moscow said earlier this week it would retreat from Kyiv and Chernihiv and refocus its operation on the eastern Donbas region amid mounting casualties and a stalled offensive.

But Ukrainian and western leaders reacted sceptically to the announcement, warning that Mr Putin was not committed to de-escalation and would likely use the opportunity to regroup.

The southern city of Mariupol continued to come under siege by Russian troops on Saturday as officials from the Red Cross attempted to evacuate civilians.

Some 2,000 made it out of Mariupol on Friday, some on buses and some in their own vehicles, city officials said.