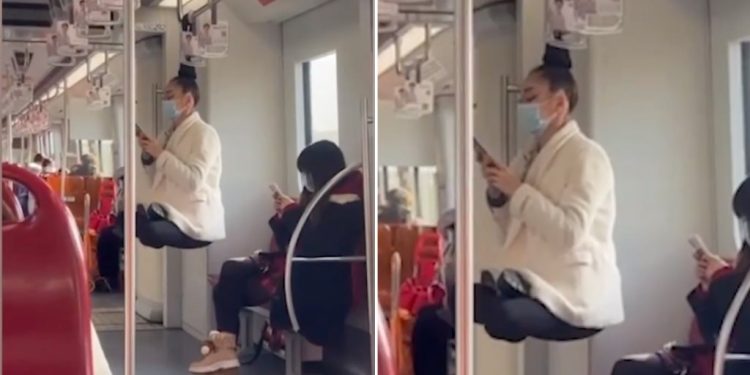 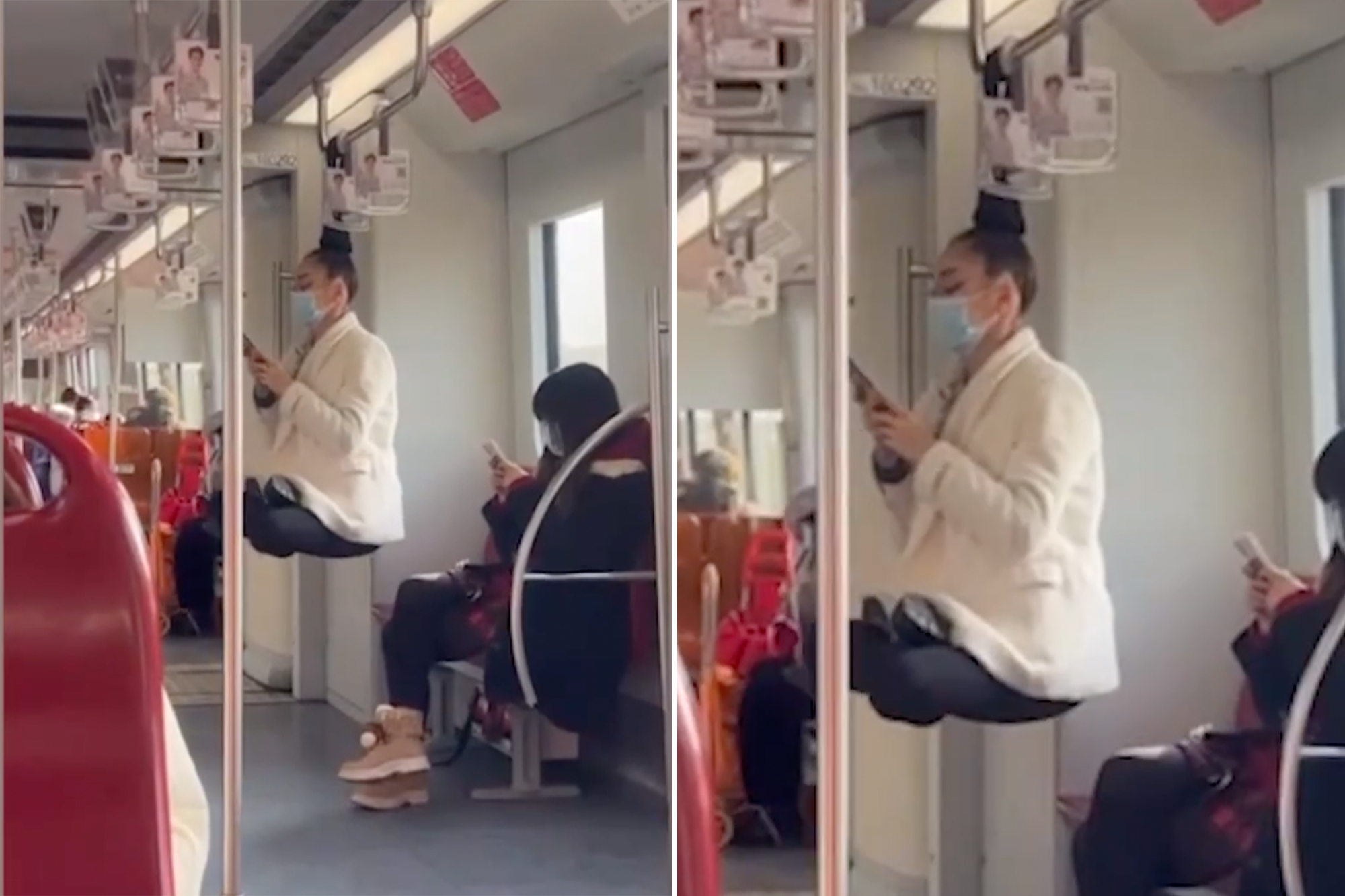 A Russian acrobat wowed Chinese social media after she was spotted hanging by her hair from a Shanghai subway handrail as if levitating in mid air. A video of the hair-raising stunt is currently going viral online.

“I have been practicing this move for half a year,” acrobat Darina told Newsflare of the gravity-defying feat. She declined to give her last name.

The incredible footage shows the hair-devil dangling cross-legged with her ponytail wrapped around a metal bar, so it looks as if she’s floating in the middle of the car like a cartoon buddha.

Needless to say, the witchcraft-evoking spectacle perplexed the Shanghai Metro bosses, who demanded the “straphanger” explain what she was doing. Darina reportedly received the same inquiry from flummoxed Communist Party officials as well.

The performer, who is a trapeze artist with the Shanghai circus, has since explained that she was trying to rehearse an act during her downtime, Newsflare reported.

“I want to remind everyone that it was a dangerous trick and should not be tried if untrained,” she cautioned.