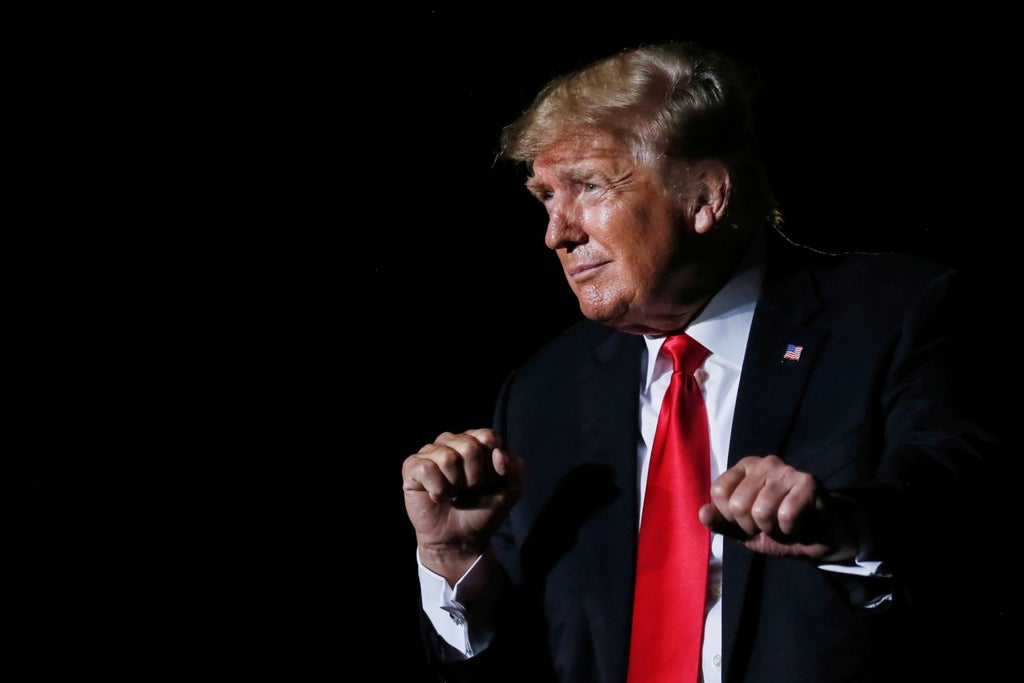 Federal law enforcement has arrested an analyst tied to controversial political opposition research alleging ties between Donald Trump’s 2016 campaign and the Russian government, the US Department of Justice has confirmed

Igor Danchenko’s arrest, first reported by The New York Times, follows a Trump administration probe under John Durham to scrutinise the origins of the FBI’s investigation into Russian interference into that year’s elections.

A grand jury indictment against Mr Danchenko includes five counts of making false statements to the FBI in 2017.

He is set to appear in US District Court in Virginia on Thursday afternoon.

The charges allege that Mr Dancehnko “made false statements regarding the sources of certain information that he provided to a UK investigative firm that was then included in reports prepared by the UK investigative firm and subsequently passed to the FBI,” according to a statement from the Justice Department.

Federal law enforcement alleges that he passed along information he knew was untrue, including an allegation of a “conspiracy of cooperation” and that “there were communications ongoing between the Trump campaign and Russian officials and that [an anonymous caller] had indicated the Kremlin might be of help in getting Trump elected.”

Mr Trump and his allies have long accused the FBI of leading a partisan “hoax” or “witch hunt” to discredit him, but federal law enforcement and lengthy investigations have confirmed not only “sweeping and systematic” Russian interference into US elections through social media but also have led to several indictments involving former Trump aides and Russian nationals and companies.

In September, a team for Mr Durham, the special counsel tasked by Mr Trump’s Justice Department with reviewing the US investigation into Russian election interference, charged a prominent cybersecurity lawyer with making a false statement to the FBI in 2016. An indictment accused Michael Sussmann of not disclosing that he worked with Hillary Clinton’s presidential campaign during an interview with federal authorities.

The FBI used information from the Steele dossier as part of its legal argument to surveil former Trump aide Carter Page in 2016; a Justice Department inspector general report criticised how federal agents used the dossier’s allegations, and the report found Mr Danchenko sought to distance himself from its claims that believe were overstated in Mr Steele’s document.

In 2020, Mr Danchenko told The New York Times that he had merely collected raw intelligence for Mr Streele. “Even raw intelligence from credible sources, I take it with a grain of salt,” he said. “Who knows, what if it’s not particularly accurate? Is it just a rumor or is there more to it?”

What Are Tariffs and How Do They Affect You?