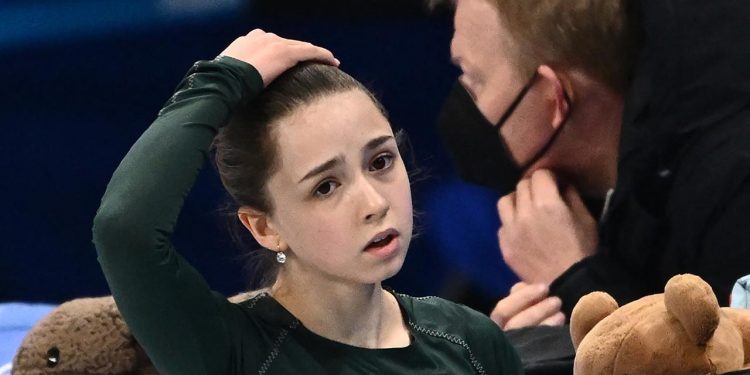 
Russian skating sensation Kamila Valieva tested positive for a banned substance, Games testers confirmed Friday, and the IOC is now appealing against Russia’s decision to allow her to continue competing in Beijing.

The case will be decided by the Court of Arbitration for Sport before February 15, when the 15-year-old is scheduled to take part in the individual event at the Olympics, the International Testing Agency (ITA) said in a statement.

It is just the latest doping scandal surrounding Russian athletes in recent years at Olympic Games.

Valieva tested positive for trimetazidine, a metabolic agent that is prescribed for the treatment of angina and vertigo.

It is banned by the World Anti-Doping Agency because it can increase blood flow efficiency and help endurance.

The ITA said Valieva submitted a sample during the Russian championships on December 25 but the positive test was not confirmed by an internationally accredited laboratory until February 8.

By that time she had already taken part in the team skating competition at the Beijing Games and helped Russia to win after becoming the first woman in history to produce a quadruple jump at an Olympics.

The chief of Russia’s Olympic Committee Stanislav Pozdnyakov told Russian media Friday that he had “serious questions” over the doping tests.

“The timings of sample processing raise serious questions: between December 25, when it was collected in Saint Petersburg, and February 8, when it was processed,” Pozdnyakov told the RIA Novosti news agency.

“It seems like someone held the sample until the end of the team skating tournament,” he said.

“According to international standards of WADA laboratories, processing time is 20 days from the date of receiving the sample,” Pozdnyakov told reporters, saying it was “strange that the sample travelled from Saint Petersburg to Stockholm for almost a month.”

He said he wanted “specific answers as to why this happened.” The Russian Olympic Committee said Friday that Valieva had the right to compete in Beijing and that her gold medal should stand.

Once the Russian anti-doping agency (RUSADA) received the result, it provisionally suspended the teenager, a decision which would have ruled her out of the rest of the Olympics.

Valieva successfully challenged that decision and the ban was lifted on February 9. She was seen training in the Chinese capital on Friday.

Now the International Olympic Committee says it will challenge the decision to lift her suspension.

The confirmation that she failed a doping test explains why the medals ceremony for the figure skating team event has not taken place.

Russian competitors are taking part in Beijing as the Russian Olympic Committee (ROC) after the nation was banned because of a massive state-sponsored doping scheme at the 2014 Sochi Olympics.

IOC spokesman Mark Adams said in Beijing: “We want to expedite this as quickly as possible.

“It’s very important for everyone involved, not least the 15-year-old athlete that is concerned, that we have due process, that it’s seen to be done properly and that people can have confidence in the decisions that are taken.

“We are working as fast as we can under the circumstances to get that. “Such cases are not helpful to the Games.”