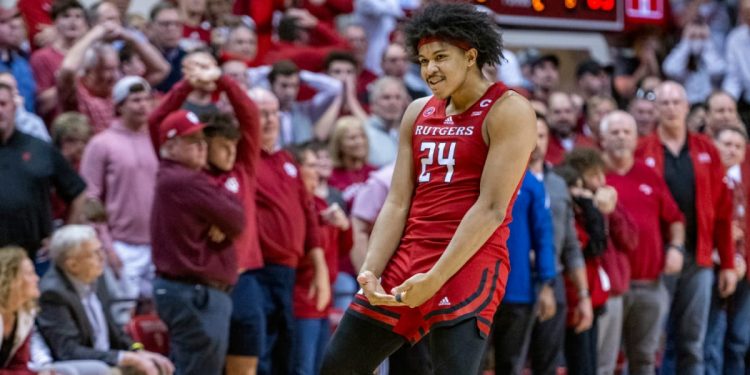 Rutgers beat Indiana on Wednesday night, 66–63, thanks to Ron Harper Jr.’s second game-winning shot of the season over a Big Ten team.

With about 10 seconds left in the game, Indiana’s Parker Stewart sank a three-pointer to tie the game. It seemed like the game would go into overtime, until Harper Jr. got his hands on the ball to make a triple of his own with two seconds left.

The announcers essentially predicted what Harper Jr. would do, referencing the senior’s buzzer-beater against then-No. 1 Purdue in December.

The basket silenced the Indiana crowd, and Harper Jr. finished it off with a Trae Young style bow. It’s a fitting celebration for a game with massive bubble implications.

The Scarlet Knights (17–12, 11–8) have not sealed their spot in the NCAA tournament quite yet, as they were classified as one of the “next four out” in Sports Illustrated‘s Bracket Watch on Wednesday. But this win will definitely help their case before they participate in next week‘s Big Ten conference tournament, which Rutgers would enter as the No. 6 seed if it began today, The Hoosiers (18–11, 9–10), meanwhile, were listed as the last team in the field by SI’s Kevin Sweeney heading into this matchup, and fall to ninth place in the Big Ten with the loss.

Foo Fighters’ setlist revealed ahead of one-off performance in Geelong