Ruth Davidson to join House of Lords on Tuesday 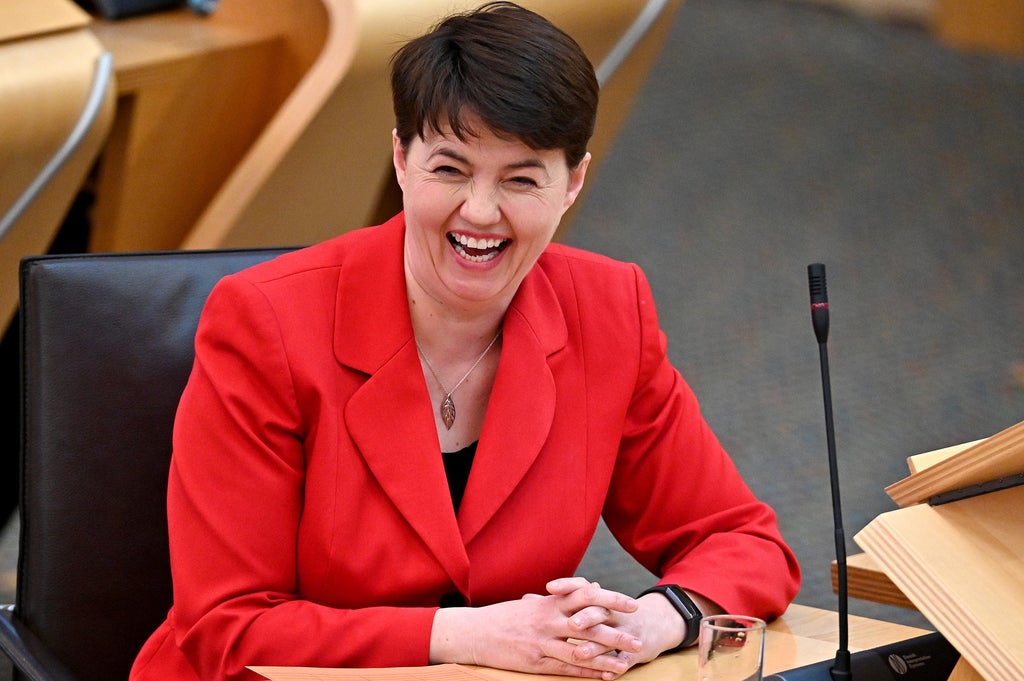 uth Davidson will join the House of Lords on Tuesday under the title Baroness Davidson of Lundin Links.

The former Scottish Conservative leader’s title comes from the village in Fife where she grew up and where her parents still live, the party said.

She said her role will involve “making sure all UK-wide laws are fit for purpose” and said her areas of particular interest include gambling reform, end of life choices, and “reforming the House of Lords into a democratic chamber”.

Ms Davidson said: “This is important work and it’s vital that it is undertaken by a mix of people from all backgrounds and all parts of the country.

“As a teenage modern studies pupil, learning about politics at Buckhaven High School, I didn’t believe that someone like me could ever have the chance to serve in not one, but two parliaments.

“I hope to take all of the experience I’ve gained over the last decade in Holyrood and put it to good use in my new role.”

Earlier this month, Ms Davidson said there is “not a chance” she will become Boris Johnson’s next Scottish Secretary and commitments to her family mean she will not take on any “big jobs” until her son is in school.

Ms Davidson became the first UK party leader to give birth in office when she welcomed baby Finn in October 2018 with her partner Jen Wilson.